Lift ye horns of meade high and toast The mall for all things Thor and hammery.  Toylab is a member of Amazon Associates so you can shop for items below.  Toylab bloggers have offered up reviews on coolest Thor films and toys below.

Who is the Mighty Thor?

Thor is Marvel hero pulled out of Norse Mythology.  The Marvel Thor is very similar to his folklore countpart but in Marvel he interacts with super heroes.  Thor also brings parts of his mythology to the Marvel Universe such as his home Asgard, father Odin, and villainous brother Loki.  While in folklore terms Thor is considered a god, in Marvel he tends to be depicted more as an inter-dimensional alien with great powers.

Top Thor Recommended Items for You
The Norns of the world tree have scoured the webs of destiny within  ....well Amazon to bring you these trinkets recommended for you.

Thor has appeared in the following MCU films: Thor, Thor 2: The Dark World, The Avengers, The Avengers Age of Ultron and is set to appear in Thor 3: Ragnarok.

Film Ratings from Rotten Tomatoes:
The below films all have Thor in them.  Future films include Thor 3 Ragnarok and Avengers 3 and 4. 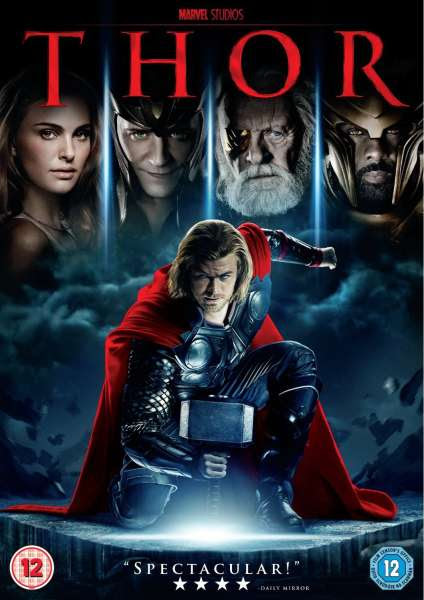 Toylab reviews of the films:
Our favorite Thor film is the original Thor that takes elements from Thor J Michail Strazinsky Run and his origin and merges them into a fun romp hero fantasy romp.  In this film MCU fans first meet Thor, Loki and even Agent Coulson.

Like many animated films the Thor: Tales of Asgard is often overlooked from fans of the MCU films. Thor: Tales of Asgard is an animated feature that highlights the exploits of a young, teenage Thor.  Its an interesting take on the Marvel character and gives time and development to many of the other Asgardian characters that the major films gloss over.  Some will be disappointed by this cartoon because it features a young Thor prior to him receiving his iconic hammer.  If your expectations are set right though you will find this an enjoyable film.

Hulk Vs features a mature Thor with a hammer but is much more focused on Hulk than it is on Thor.  In short this film is about Hulk smashing a lot! and basically kicking everyone;s butt.  If you want to see Hulk take on all of Asgard then this is the film for you.

Thor Costumes and Cosplay gear
Want to go out as Thor this Halloween?  Great!  We have scoured the web for some great Thor costumes for both kids and adults.