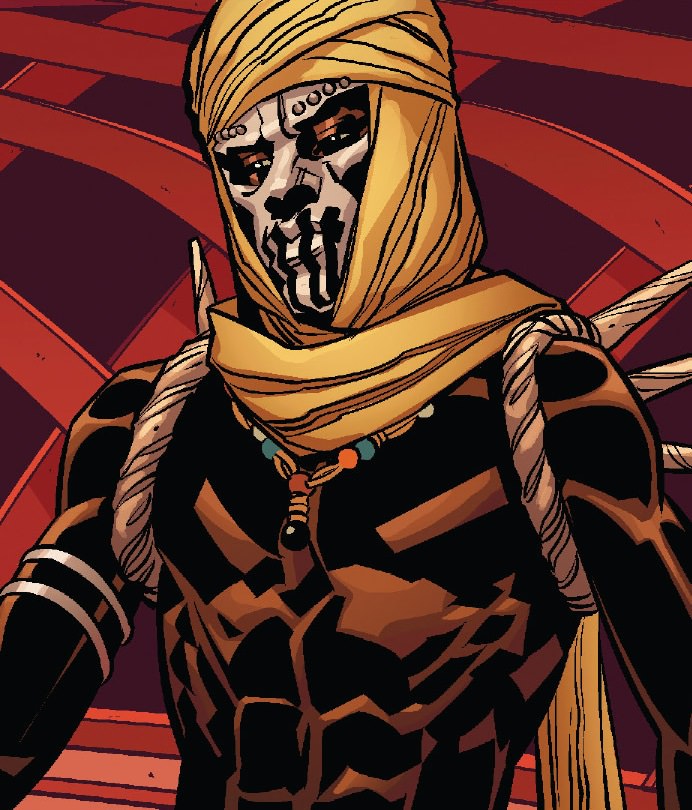 Tetu is a villain of the Marvel hero the Black Panther.  Tetu appears as a member of the terrorist / liberation group known as "The People" who challenge the authority of the Wakandan monarchy. He first appears in the 2016 Black Panther series by Ta Nehesi Coates and Brian Stelfreeze. 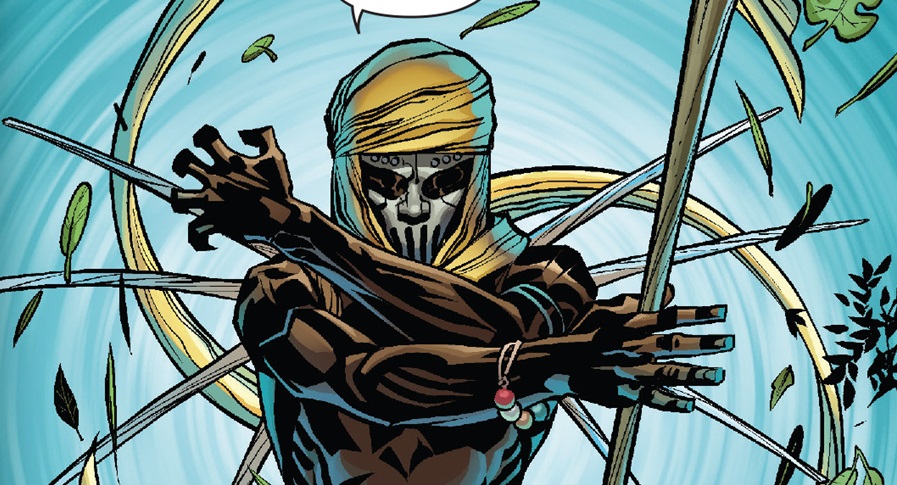 Tetu was a student in the prestigious Wakandan academy called Hekima Shule.  There he studied under the rebelious leader Changamire who taught provoking political theories including that Wakanda should politically evolve beyond their monarchy.  Tetu eventually left the school and sought answers in the wilderness of Africa.  There he came across nature spirits from whom he was given great powers.  He returned to civilization determined to bring down the Wakanda Monarchy that in his opinion had failed the people. Wakanda had been ravaged in events like the Doom War, Namor's Flood, and Thanos's Army.  This left the political structure ripe to be overthrown.  As the Black Panther had failed to protect the People.  To Tetu it was time the People rose to overthrow the Black Panther and take the reigns on their own governance.  Tetu found an ally in an ex Nigandan soldier named Zenzi

Tetu sought out his old teacher Changamire to gain an ally in his cause.  However, Changamire turned him down. 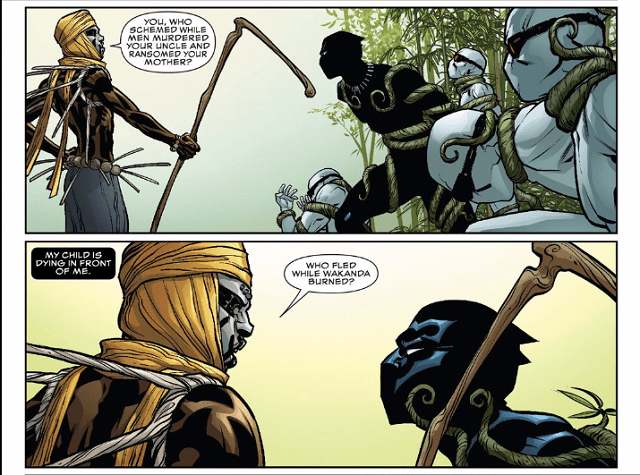 Zenzi created a riot where there was violence between the Wakandan people and government authorities.  She fled and escaped when T'Challa arrived on the scene.  T'Challa hunts down Tetu and Zenzi.  He slams Zenzi into a tree knocking her unconscious.  The Hatut Zeraze (Wakandan Secret Police) storm the area and the militia members of the People are defeated.  Tetu reveals he has the power of controlling vegetation which hes uses against Wakandan authorities.  He picks up Zenzi and carries her away.

They also video tape and distribute the damning words of one of the tyrants brought into consult with T'Challa on how to stamp down rebellions.  The words and video are edited to be taken out of context but then distributed and broadcast throughout Wakanda making T'Challa seem even more out of touch with his own people.

Tetu has gained the ability to talk to nature spirits that allow him to control vegetation.

Email ThisBlogThis!Share to TwitterShare to FacebookShare to Pinterest
Labels: #BlackPanther, #BlackPanther2, #Marvel, #MCU, #Tetu, Will Tetu be the villain of Black Panther 2?