One aspect of Pokemon Go many are trying to understand is how do the Pokemon appear in a giving location.  The little digital animals seem to either spawn at a given spot, or move across the geography.  It is not clear what control Nintendo / Niantic have over where the Pokemon appear.   Can Pokemon be blocked from appearing at the Holocaust Museum for example?  Some Pokemon appearances at sensitive locations (Culturally, Religiously, Militarily and Practically) have caused officials concern.     Pokemon have appeared at memorials, over dangerous canyons, inside government facilities all places where officials want to keep Pokemon Hunters away from.

Some of these locales have been made into Pokemon hotbeds due to the games reliance on the portal locations of Niantic's former game Ingress.  In that game users were tasked with finding real world locations with religious, emotional and or cultural significance.  This led to a watershed of memorials and religious locales being set up as Portals.  Many grave yards are full of Ingress Portals due to these parameters.  These Ingress Portals have now in many cases been turned into Pokestops where Poke trainers go to refill on items and also where many Pokemon tend to congregate.  This makes Pokestops ideal locations for Pokemon trainers to go to and congregate.

The far bigger reaction to the randomness of Pokemon appearances has not been consternation but hilarity.  As Pokemon appear in awkward and places, often juxtaposed with the cuteness of the Pokemon themselves.  Some of these are totally hilarious!  some just funny, some amusing, and some a bit scary.


1) Magicarp ANYWHERE!
Magicarp the poor helpless Fish pokemon that is known for weakly flopping and splashing around has made for many an amusing picture.  On the grill, on the lap or haplessly flopping in the street. 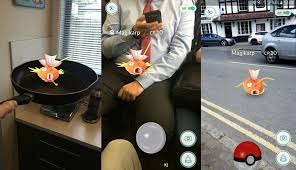 2) On a ladies lap
Hmmm wonder if she knows?  Better not miss with that Pokeball.  This could get awkward.  Maybe you need to buy her a drink first.

3) Pesky Pokemon on Toilet
I guess when you to got to go, you got to go. 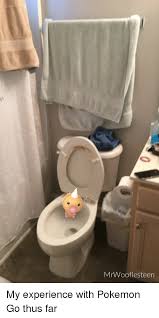 4) Social Eevee
Hi dudes! why are you wearing a leesh?  Where are you pokeballs?

5) Angry Eggs
They look a bit angry.  I guess I would be too. 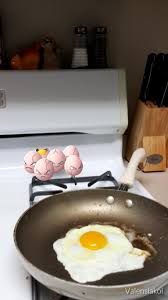 6) Crazy dude going hunting for real...?
I know this is a joke but really hope no one out there tries this for real.  Don't do it. 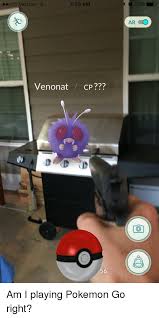 8) Questioning Kitty
Cats have to think that their owners have completely lost their minds when they play this game.

Pokemon appears as your wife is in labor.  I recommend not taking and certainly not sharing that picture LOL.  Hopefully, his wife has a good sense of humor and hey maybe they will name him/her Pikachu!
Also bonus at least the Pokemon was not between her legs.....that'd be even more awkward.

10) In the bedroom (Dick Joke)
Should i have posted this?  Heck not sure its a little risque and I feel a tad lecherous posting it.  That said it is also a hilarious use of Diglett. 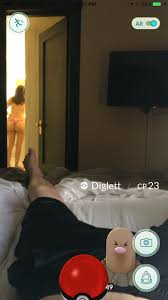