How to beat Lapras in Pokemon Go 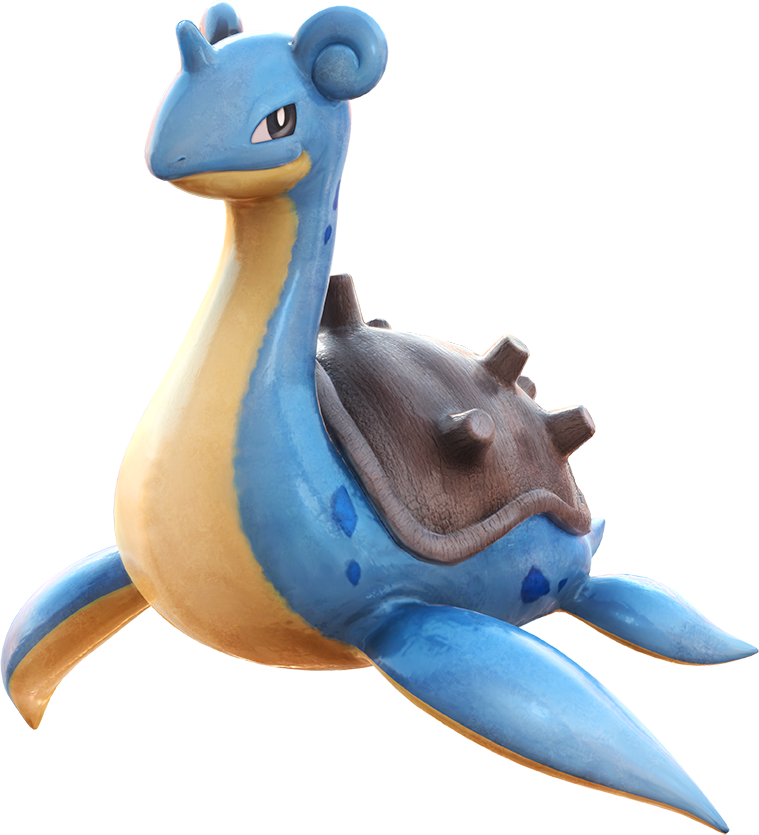 How to beat Lapras in Pokemon Go

Lapras is a big Pokemon that looks like an aquatic Dinosaur.  In Pokemon GO it is pretty rare but has shown up at the top of many gyms.  It is very powerful.

In the cartoon of Pokemon Ash saves a Lapras from team Rocket.  He later catches and rides Lapras.  Lapras is such a big water Pokemon that a person can ride it like a boat.
That is right when you fight a Lapras you are basically fighting a huge dinosaur that is big enough to use a boat.

I personally really like Lapras but I have found it very hard to find.  The only reliable way I have found to get one is to get a lot of 10k eggs.  You also need to find those 10k eggs from a proper place and where that place is seems to be anyone's guess though your best bet is to get Eggs from Pokestops close to water areas.

There was a large Lapras event that occured in Japan where Lapras became much more common.  Many Pokemon Trainers actually traveled to Japan to catch the pokemon there.

HOW TO BEAT LAPRAS!
BEST POKEMON VS LAPRAS
LAPRAS COUNTER 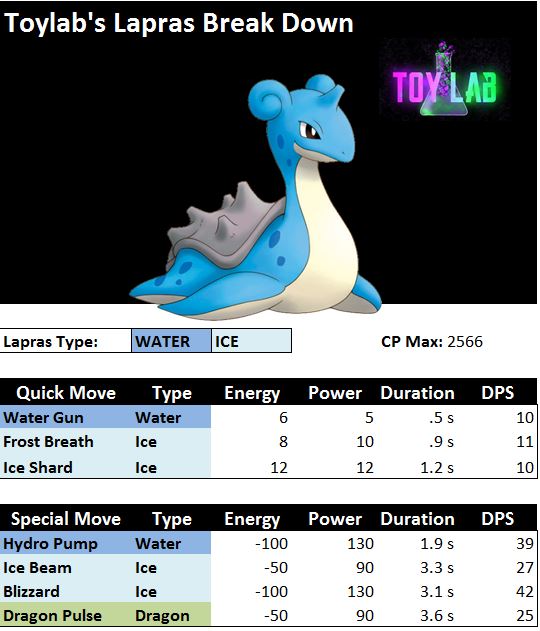 Lapras is technically both a WATER and ICE Pokemon. It might be easier to counter the  WATER side of this behemoth though because the counters to it are easily found.


Top Lapras 5 Counters:
The Toylab Bloggers have gone through and used both mathematical statistics as well as field testing to determine the top counters to Lapras.
The fact that Arcanine is on the list may surprise people but keep in mind its an offensive cannon and its Wildcharge movie is Electric.  Exeggutor was listed as the top choice by our blog for awhile it suffers from its weakness to Ice.  The more I battle Lapras the more I like Machamp.  Machamp is really the Champ against Lapras and there is no comparison.

Fighting Pokemon
Fighting Pokemon like Machamp or Pokemon with Fighting moves like Heracross should do well against Lapras.  Unfortunetly, Prime Ape is typically low in CP to do much damage to a Lapras.

Grass Pokemon
The trick with Lapras and all WATER type pokemon is to use a GRASS or Electric Pokemon.  GRASS  Pokemon have a defensive and offensive advantage against water Pokemon making them by far the best to take them on. In previous games WATER attacks were cut in half when used against a GRASS Pokemon and the effect of GRASS  Attacks were DOUBLED!!!

Weakeness Issue with Grass - ICE
One issue with using a GRASS Pokemon against Lapras is that if Lapras has an ICE attack that attacks power will be doubled too!!!  This means you roll the dice somewhat with a GRASS or at least hope that both or at least one of its attacks is WATER.

Which GRASS  Pokemon to use?

You want to know why Lapras is sitting on top of so many gyms look no further than how rare and unpopular the GRASS  Pokemon are in the game.   Which one do you build?  Any one you can.  I have seen a variety of WATER Pokemon doing very well in Pokemon Go (Like Vaporeon) and I think it has to do with how few built up GRASS Pokemon there are.

Make sure you pick a Grass Pokemon that also has GRASS Attacks.  This gives the Pokemon advantages in both attacking and defending.   This will make it competitive against Lapras.

The best option against Lapras is not a GRASS pokemon but an ELECTRIC.  While Grass should work well due to the weakness from ICE attacks ELECTRIC is better.

Electric Pokemon like Jolteon!
Another good way to take down Lapras is with evolutionary cousin Jolteon.  Jolteon's ELECTRIC attacks are super effective against WATER Pokemon.  That is right ELECTRIC attacks work well against WATER pokemon.  They just don't get the defensive bonus that the GRASS pokemon have vs WATER.  They also do not get the defensive weakness that WATER has to ICE attacks though.  To me this is a huge upside to using an ELECTRIC pokemon vs Lapras.  At the very least the Defensive risk is lower.

Add in the other ELECTRIC type of Pokemon in here for good measure like fan favorite Pikachu / Raichu.

So go out  play some Pokemon Go and kick some Lapras butt! 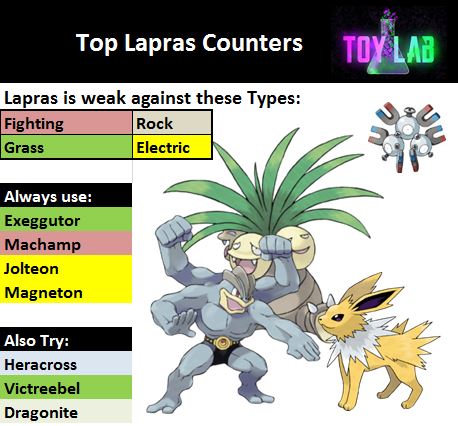 WOW Check out these Lapra Toys!
Toylab is a member of the Amazon affiliate program and is thrilled to be able to offer a wide arrange of Pokemon shopping deals like there below.  These products come directly from Amazon so you get the best deal and the best shipping.