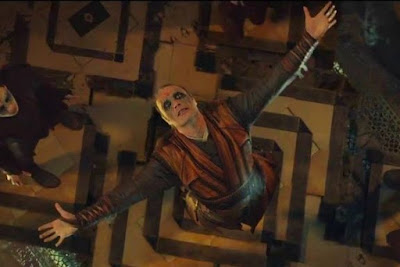 Kaecilius is a Marvel villain with a brief comic history.  He is an apprentice of Doctor Strange's nemesis Baron Mordo.   It is possible that Kaecilius will be the main villain in the film Doctor Strange played by Mads Mikkelsen.  The depiction in the film may only be loosely based on the comic version. 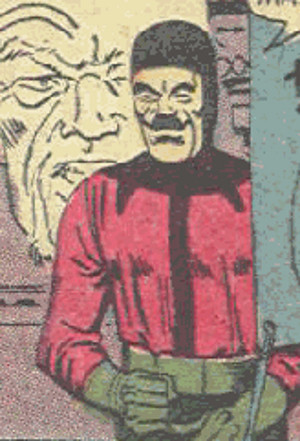 Kaecilius is a lackey and apprentice of Baron Mordo.  He may have been a stage magician prior to joining up with Mordo and learning real magic.  Often he is shown delivering messages or other simple tasks for his master.   He accompanies Baron Mordo in an attempt to kidnap the ancient one but is thwarted by Doctor Strange.

He next appears hiring men in Hong Kong to track down Doctor Strange.

In Kaecilius's most memorable moment Baron Mordo takes over his body and attacks Strange by unleashing new powers provided by Dormammu.   Eventually, Doctor Strange is able to break the mental tie between the men.   From this incident Strange learns that Mordo has been augmenting his power with that of Dormammu.

His powerlevel is generally less than that of Baron Mordo or of Doctor Strange.  He was once possessed by Baron Mordo who used Kaecilius as a vessel for all the powers of Dormammu giving him immense power to battle to Doctor Strange.

At least one toy now depicts a character named Kaecilius in its description.   This is likely the character played by Mads Mikkelsen.   He is accompanied by another villain named Zealot.

Mikkelsen has stated that his character is not strictly evil but comes from an alternative perspective.

Mikkelsen was interviewed by Digital Spy on whether there is humor in the film.


"You can't bring it yourself,".."If it's in the script you have to sort of lean into the script that's already there. [But] there is some. My character is not necessarily carrying too much of it but Doctor Strange [Benedict Cumberbatch] is. There's a certain darkness in the Doc and a sense of humor in there, absolutely."

There are rumors he is summoning something from another realm.   This could be anything from a demon, many angled ones to the infamous Dormammu.