Update 6/5/2017:
Why the heck am I updating this post in 2017 for a crappy movie in 2015? Why?  Why? Well because this movie just keeps on giving.  This post is actually going to be HAPPY.  What happyness from that movie.  Yes.  It looks like actor Jamie Bell and actress Kate Mara are engaged.  Bell played the Thing and Mara the Invisible Woman in the film.  My assumption is they met while filming it.  Awesome for them.  It some what reminds me of Blake Lively and Ryan Reynolds meeting during the filming of Green Lantern.

Update 8/16/2016:
Screen writer Jeremy Slater revealed to Screen Crush elements from an early draft of the film that were apparently dropped due to budget considerations.  Many of the parts of this screen play sound far more exciting than the whole of the Fantastic Four film so its sad to see that all of them were dropped.


"In addition to Annihilus and the Negative Zone, we had Doctor Doom declaring war against the civilized world, the Mole Man unleashing a 60 foot genetically-engineered monster in downtown Manhattan, a commando raid on the Baxter Foundation, a Saving Private Ryan-style finale pitting our heroes against an army of Doombots in war-torn Latveria, and a post-credit teaser featuring Galactus and the Silver Surfer destroying an entire planet. We had monsters and aliens and Fantasticars and a cute spherical H.E.R.B.I.E. robot that was basically BB-8 two years before BB-8 ever existed. And if you think all of that sounds great...well, yeah, we did, too. The problem was, it would have also been massively, MASSIVELY expensive."

Update 11-24-2015:
Fox has removed Fantastic Four 2 from its slated June 9th, 2017 release date.  It is currently estimated that Fox lost around 60 million on Fantastic Four.
Fox's plans beyond are not clear.  They may fill the spot with another superhero film such as Gambit, Deadpool 2, or Wolverine 3.  Currently, the plans of Fox regarding the Fantastic Four franchise remain unknown.

Review:
I really wanted this movie to be good but it was not.  Its just a downright terrible movie.
There is a petition to ask Fox to move the Fantastic Four back to Marvel.
You can find the petition HERE - Change.Org

Sign it and lets prevent something this level of an awful superhero film from being made again.

FANTASTIC FOUR, a contemporary re-imagining of Marvel’s original and longest-running superhero team, centers on four young outsiders who teleport to an alternate and dangerous universe, which alters their physical form in shocking ways. Their lives irrevocably upended, the team must learn to harness their daunting new abilities and work together to save Earth from a former friend turned enemy.

Results:
As of Aug 7th, 2015
The film has a 9% rotten tomatoes rating inline to be one of the worst (or worst?) Comic Book movie ratings of all time.

As of Aug 16th, 2015
The film has only netted ~$40 million nearly the amount it was expected to produce on its opening weekend.  Its dismal 2nd weekend experience a 68% from is first dismal opening.  It is now not even in the top 3 in the box office.  Ant-Man which has been out for over a month nearly made as much money.

As of Aug 24th, 2015
Fantastic Four third weekend of opening was perhaps even more embarrassing than its first 2.  The film made a nascent $3.6 million million far below almost all other films.  The film has been dropped by 1500 theaters  a trend that is likely to accelerate over the next week.
The film's total is $49 million after 17 days of being out.  The prior Fantastic Four films made over 49 million on their opening weekends.  With the film now rapidly losing theaters it is unlikely that the domestic total will go up much more.

Overseas the film did do better pulling in 16 million for a total of 60 million.  The total though is extremely poor.  Keep in mind that the domestic projection for the film's opening weekend was over 40 million just domestically.  The film has failed to hit Fox's lowered and very modest goals.

Critics Consensus: Dull and downbeat, this Fantastic Four proves a woefully misguided attempt to translate a classic comic series without the humor, joy, or colorful thrills that made it great.

The audience has scored it a little higher with 33% favorable score.

Some critic quotes that were generally harsh toward the film:


It's not wholesale terrible -- just depressingly mediocre, and at a certain point you sort of start wishing it WERE definitively terrible, because that would at least make it more entertaining or give it a certain strange raison d'etre.


The entire experience is shameful -- for us, for the filmmakers, for whoever at the studio had the job of creating the ads, in which the cast appear to be starring in hostage posters.


Early Criticisms:
The film has faced a variety of criticism primarily over casting and tweaks to Doctor Doom.  Fans have complained about the racial change of Johny Storm, the young age of Mister Fantastic, the different races between the Storm siblings, Doctor Doom being made into a hacker, and the slightness of the Thing.  They have also complained about the Thing being naked, and the lack of the teams traditional uniforms.

The Thing:
Who is the Thing? 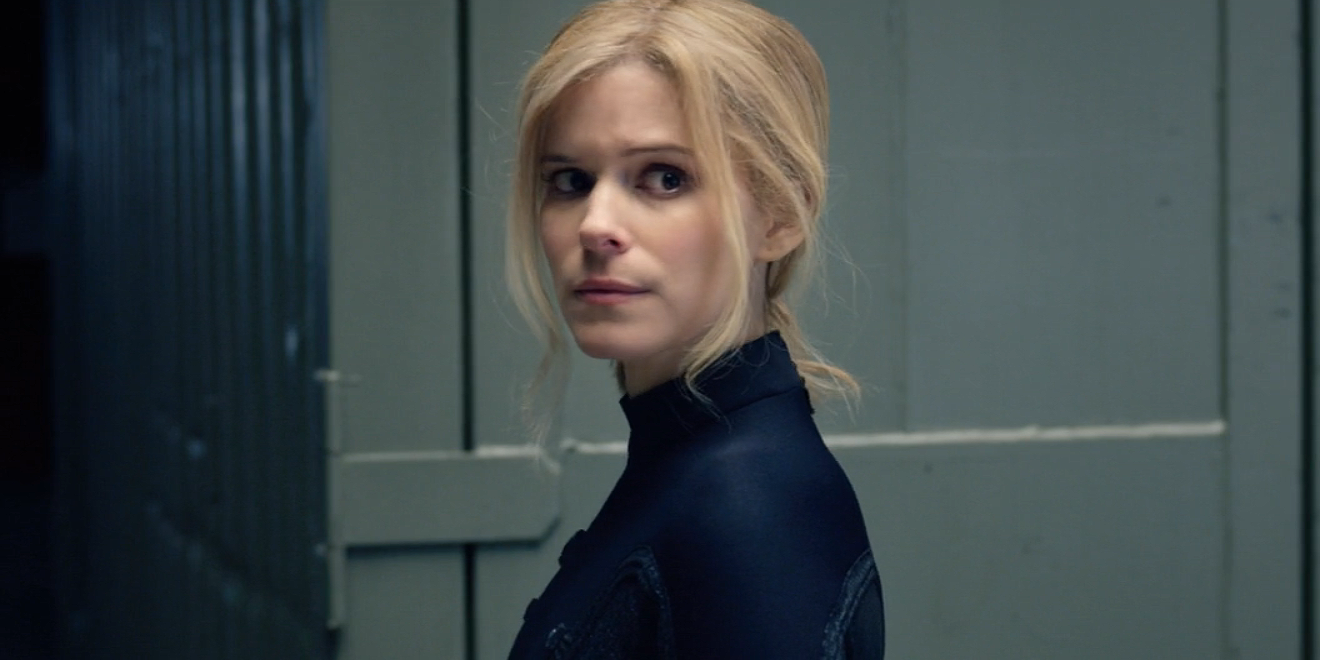