Tombstone is a character from the Marvel universe known for being a villainious gangster who has battled many heroes but most notably Spider-Man.  Tombstone is named as one of the primary villains of the upcoming film Silver & Black that will focus on Silver Sable and the Black Cat. 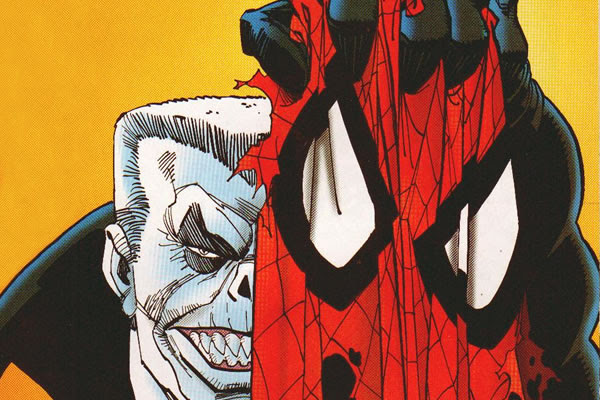 Lonnie Lincoln is the only African American Albino in Harlem NYC.  His unique appearance causes him to be bullied as a youth.  The bullying does not last long as he grows to be one of the biggest kids at his high school.  He turns the tables on his peers and becomes a fearsome bully and later gangster in Harlem.  Lonnie creates a protection racket at his highschool where he is nearly outed by the school newspaper being run by Robbie Robertson.  Robbie pulls the article on Lonnie after he is intimidated.  Robbie goes on to become a newspaperman and Lonnie continues onto a path of crime.

Lonnie initially does not possess any real super powers.  He uses his distinctive appearance to create fear and surprise.  He shaves his teeth into points which gives him a vampiric look.  Engaging in frequent street fights he developed ruthless fighting skills.  He begins to build a reputation as a ruthless hitman and rises the ranks through the local gangs.  He takes on the moniker of Tombstone.

Working for a local newspaper Robbie Robertson goes to meet a source on a crime story and witnesses Tombstone killing the source.  Tombstone threatens Robbie to keep silent and he sits on the story for nearly 20 years.  During this time Tombstone kills many people as a hitman.  He becomes a hitman for the Kingpin.

Robbie eventually turns in the Tombstone leading to a confrontation between the two men.  Tombstone is eventually beaten by Spider-Man.

Tombstone later is given super powers and becomes a crimelord of his own in NYC.

MCU / SONY Film Universe:
Tombstone is named as one of the primary villains of the upcoming film Silver & Black that will focus on Silver Sable and the Black Cat.

Email ThisBlogThis!Share to TwitterShare to FacebookShare to Pinterest
Labels: #Marvel, #Spiderman, The villain Tombstone is older than most fans think.