Toylab Podcast in the works!

Hi this is Matty one of the founding Bloggers at Toylab.

The over arching idea of Toylab is to create an information backed community that allows users to quickly delve deeper into subjects.  To gain a variety of connected info and media quickly and do it with a personality.  To act as wiki but in a living ecosystem with discussion, opinions, and comraderie.

My word for what Toylab is, is a DBC a Data Backed Community.

We are always looking to engage our fantastic followers whom we look upon as family.  No joke, we really value and care about you.  As such your input is treasured.  Especially as we add a new level or feature to the community.

A couple of us have been trying to get this up and going for awhile now and we have been very humbled by the process.  WE ARE NOT RADIO GUYS.  Our voices are getting a bit of a work out.  That said we have a growing a line up of subject matter and interesting bloggers to appear on the show.  So look out here comes the Toylab Podcast.

Music wise we are lucky in that Matty knows a few bands.  One of the bands Elan Vital has some great music that they have agreed to share with the cast.   They also have a new album coming out so expect to hear more about them as the Podcast grows and evolves.

Here is the intro we have been working on.  It is a work in progress but we are kind of pumped that we have gotten this far.

We hope to launch the first full episode over the next 2 weeks so stay Tuned!

Podcast 2:  All about this awful Hydra Captain America

First of a two part cast on why Blade is awesome and some interesting mysteries that are currently surrounding the character.

There is some speculation that Hugh Jackman's last Wolverine feature will be based off the Old Man Logan story.  This is an idea I approve of.  To many who have not read it, Old Man Logan seems bizarre.  Why would anyone want to see a movie about a geriatric super hero.  Those that have read it though, know its one of the best stories to come out of Marvel during the past decade.  This would be an excellent way to say farewell to Hugh Jackman's Wolverine.

There is one obvious difficulty in converting the story for film.  The Old Man Logan story features a slew of characters that are in the MCU.  Perhaps, Fox can strike a temporary deal, or they will need to convert story around the properties they do own.  The primary characters that he interacts with are Hawkeye, Hulk, Red Skull (Wearing Captain America's garb).   Emma Frost also appears.

The fan made poster above shows the different actors from the Marvel films in their super hero role in the Old Man Logan story.  It includes an older Hugo Weaving as the Red Skull, Ruffalo as the Hulk and Renner as Hawkeye and obviously Jackman as Wolverine.

What do you think of the poster?  Also who would you switch from the Fox license into these roles?

Captain America Civil War is fuller of Easter eggs and crazy comic references than a barrel full of monkeys.

There is a ton of stuff of Captain America: Civil War but honestly one of the best surprises is how freaking cool Falcon is.  Look Falcon has been a side kick type of character to Captain America.  He also is one of the characters who does have full on super powers or even a true super suit.  In a movie that is a full on superhero bonanza it would be easy for Falcon to slip into the background.  But he doesn't in Civil War.
Instead the new technology makes him a formidable opponent and just down right awesome.  Falcon looks flashy and cool throughout the film. He is both slick and smart using what he has to confound foes.  He also has some great moments with both Captain America and Bucky that add to the film's emotional depth depth and even humor to the film.

That was a great surprise for me.

Red Wing in the comics is a pet falcon that Falcon can control telepathically and Red Wing makes an appearance in Captain America: Civil War.  Only Red Wing is a drone.  The Red Wing drone gets a few big scenes including one where its used against Spider-Man.


Moments from the comic:
There were a few moments that were pulled from the Civil War comic.

The most noticeable moment was in the battle between Iron Man and Captain America the two begin to really go at, and stop holding back and really swing haymakers at eachother.  Iron Man fires a full blast from his suit and it flashes up against the Captain America Shield.   The two heroes hold each other for a moment in glorious balance.  This moment is recreated in the climatic final battle between the heroes.

Another moment recreated is where Iron Man's suit is able to predict the moves of Captain America.  This was also in the Civil War comic.

In Civil War there are no more subtle hints this movie acts as a full on Black Panther origin story.  A lot of the aspects of Black Panther are fully shown in this film.  Keep in mind with the Panther we are not just talking about a single hero but an entire nation and people.

Dora Milaje- The female body guards of the Black Panther appear in the film.  In one notable scene one of them confronts Black Widow and says "Move or be moved!".

Jet - The Panther has a highly advanced cloaked jet that makes an appearance in the film.

Suit- The Panther suit is highly advanced and made of Vibranium just like in the comics.  Visually the suit maintains the stark and simpleness of the comic suit.

Wakanda - There is a scene in Wakanda of Bucky being treated in an advanced lab.  The viewers are also treated to a big Panther statue like those that appear in the comics.   I think the Wakanda of the comics is so cool.  This high tech African nation is not something that I have seen anything like in any other film or comic.  We still only get glimpses of Wakanda the true treat was saved for the Black Panther film.


Spider-Man
Spider-Man appears in all of his glory.  Tom Holland's Spider-Man is awesome!  Something about making him younger really adds to the contrast of who Spider-Man is.  He is the young wipper snapper, with smarts and iron will to confront older and more experienced heroes with awesome powers.

I really can't wait to see Spider-Man in Homecoming.

Zemo
This Helmut Zemo is very different than his comic counter part but similar in some ways.  He does not have the comic mask and nor does he try to sword fight the Avengers.
All that said how Zemo goes about defeating the Avengers is classic Zemo.  In many ways the comic Zemo is the most insidious of all villains in that he really knows how to hurt and break the back of the Avengers.

Vision Scarlet Witch
Vihz - One of the first things I noticed was that the Scarlet Witch was calling Vision by his comic nickname Vihz.  This nickname has been used throughout the comics.

The two obviously care for each other and we see a growing livel of infection between the two during the film.

Ant-Man
Ant-Man had arguable the best moment in the whole film.  I really don't want to spoil it but if you have seen it you know it.  It was so big it was hard to miss :).

Marvel’s Captain America: Civil War finds Steve Rogers leading the newly formed team of Avengers in their continued efforts to safeguard humanity. But after another incident involving the Avengers results in collateral damage, political pressure mounts to install a system of accountability, headed by a governing body to oversee and direct the team. The new status quo fractures the Avengers, resulting in two camps—one led by Steve Rogers and his desire for the Avengers to remain free to defend humanity without government interference, and the other following Tony Stark’s surprising decision to support government oversight and accountability. Get ready to pick a side and join the nonstop action playing out on two fronts when Marvel’s Captain America: Civil War opens in U.S. theaters on May.

Characters:
Who is Captain America?
Who is the Falcon / Sam Wilson?
Who is Crossbones?
Who is Black Widow - Natasha Romanoff

Characters Introduced in the after credit scene: 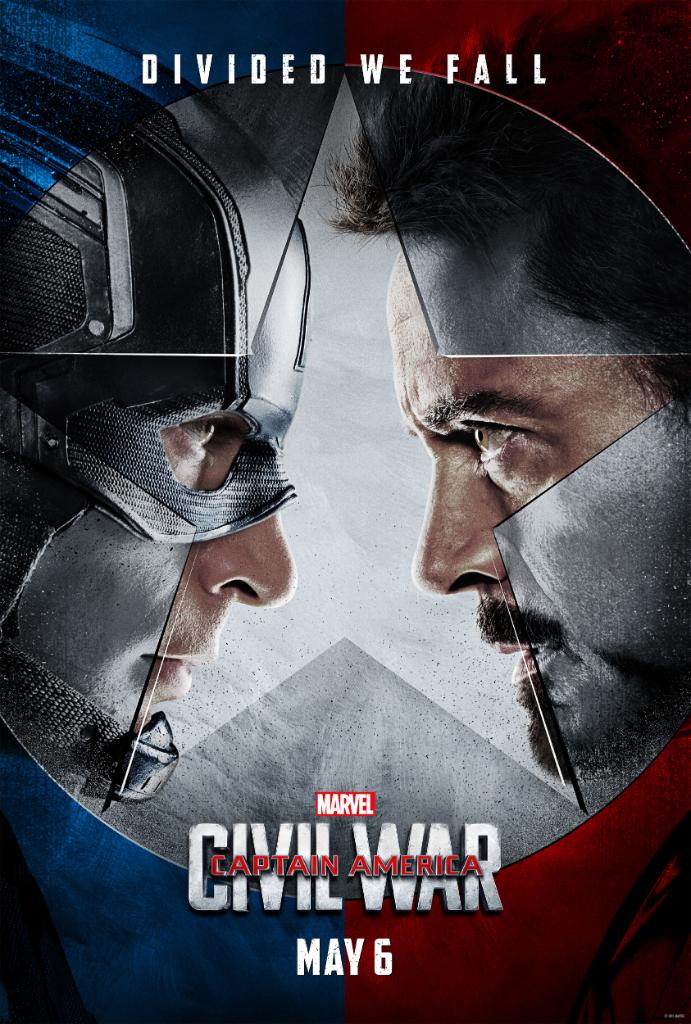 First trailer for Captain America Civil War has been released.  It features a few awesome things.  Battles with Captain America vs Iron Man.  A few glimpses of the Black Panther.

Marvel’s Captain America: Civil War finds Steve Rogers leading the newly formed team of Avengers in their continued efforts to safeguard humanity. But after another incident involving the Avengers results in collateral damage, political pressure mounts to install a system of accountability, headed by a governing body to oversee and direct the team. The new status quo fractures the Avengers, resulting in two camps—one led by Steve Rogers and his desire for the Avengers to remain free to defend humanity without government interference, and the other following Tony Stark’s surprising decision to support government oversight and accountability. Get ready to pick a side and join the nonstop action playing out on two fronts when Marvel’s Captain America: Civil War opens in U.S. theaters on May.


Analysis of the Trailer Here: 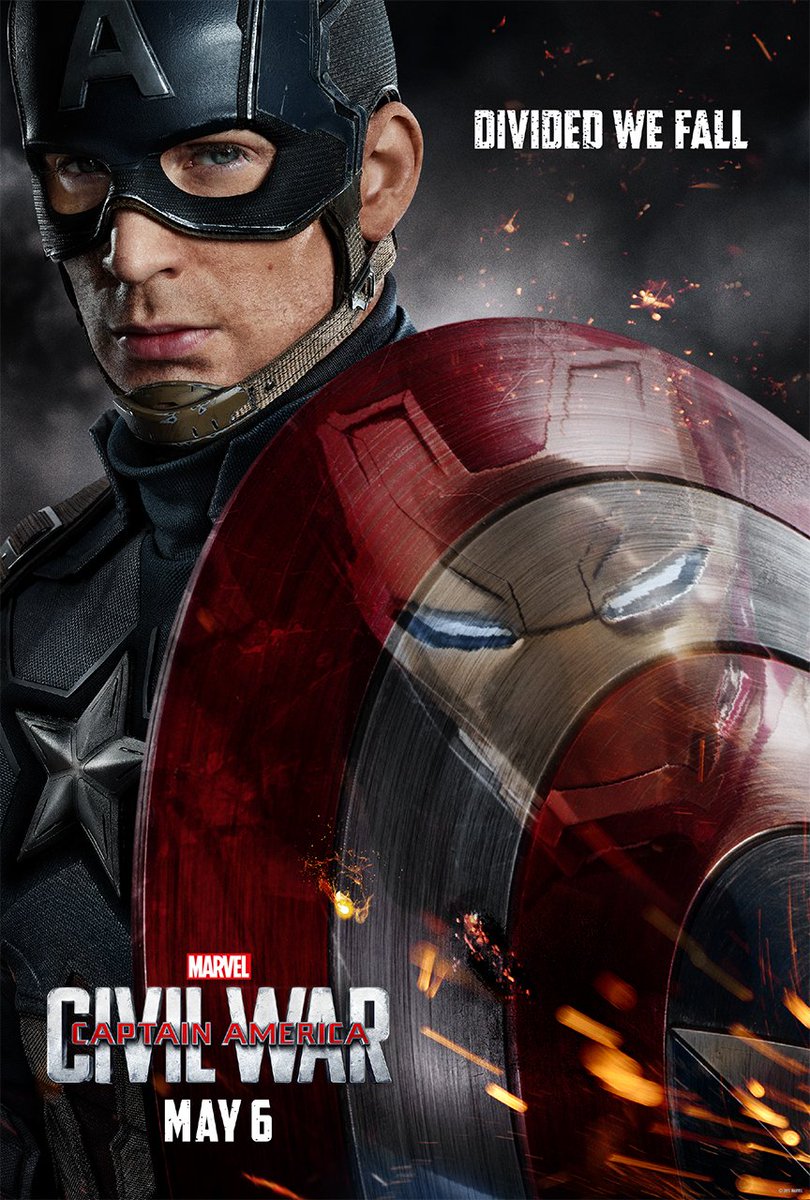 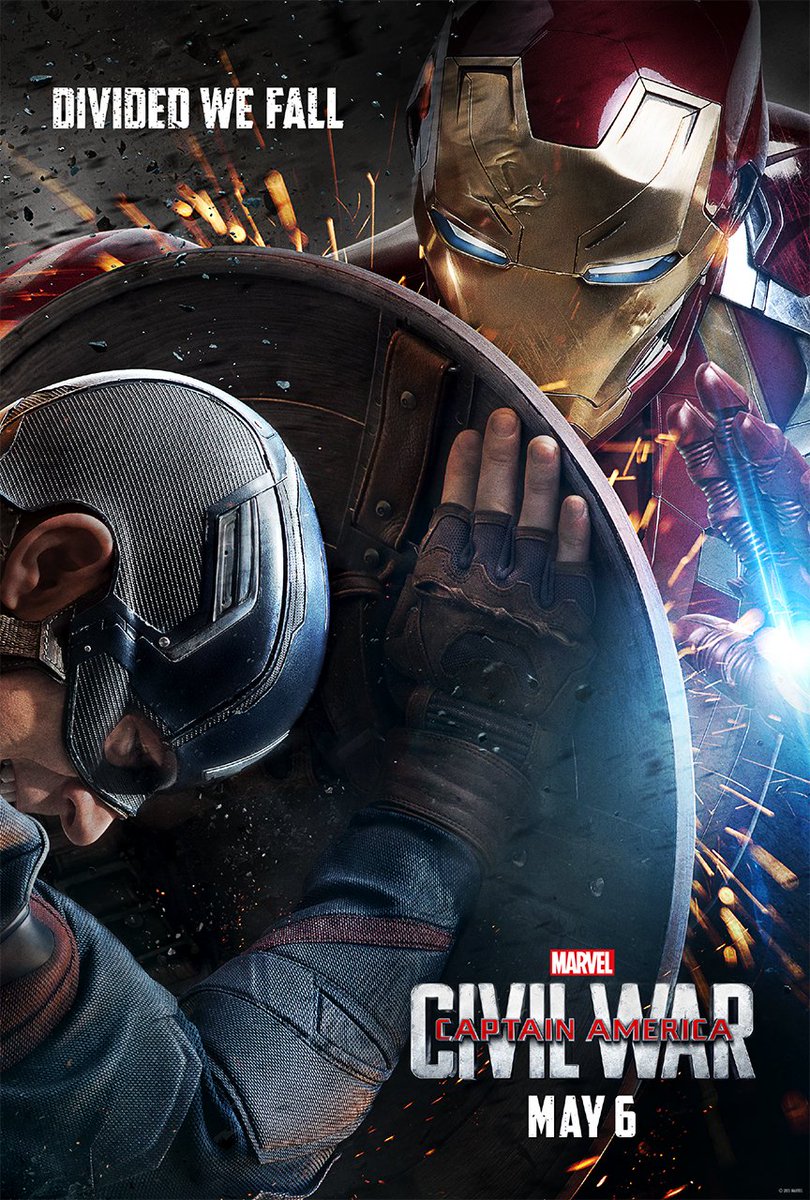 All Avengers Movie news and speculation
Who is Captain America?

Related:
All Avengers Movie news and speculation
Who is Captain America?