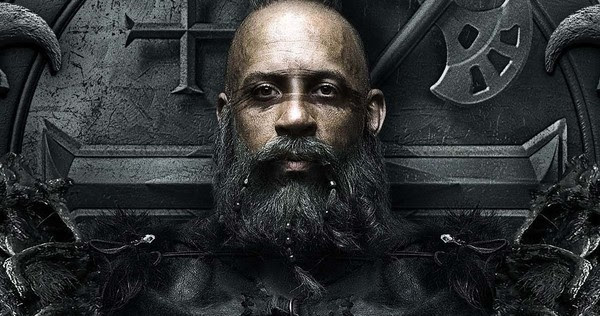 His stellar performance in the woefully miss advertised FIND ME GUILTY 2006 or his role in mobster wanna-be movie KNOCKAROUND GUY'S's 2001. He has some range but tends to land on safe and comfortable roles. That is what I think I liked most about his performance in THE LAST WITCH HUNTER 2015. He plays Kaulder. A man cursed with immortality by the Witch Queen during a battle to save humanity over 800 years ago. From director Breck Eisner (The Crazies 2010) comes a mesh of old and new that pay homage to a few films before it.

If you like the cave fight scene from
The 13th Warrior (1999) you will like this movie. Of course, cinematography and special effects have come a long way since then. Yes! Vin Diesel has that low, grainy voice that never seems to change. Yes!

He has been marked as only a “Certain Kind of Actor”. However, for this movie, I think his casting in it may have been perfect. His comfort with the role is evident and shows through the screen. His ease and believability is refreshing as, to cast another actor for this role for “Depth” may have made it drag on and lose the edge of action it wanted. I think this movie is what that last BLADE movie SHOULD have been!

Elijah Wood plays Dolan 37 a priest of the Cross and Axe. He is sworn to assist Kaulder are assigned numbers as they die or are killed off. Dolan 37 takes over after Dolan 36 apparently passes away in his sleep. There is a twisted at the end of the movie involving 37 that was a surprise and kinda cool. In closing, is this movie DEADPOOL good?

F-BEEP! NO! Is it FANTASTIC FOUR bad? F-BEEP NO! However, I would recommend simply because it was definitely entertaining and it was nice seeing Diesel this at ease. So, have a pint and a shot first, turn off your brain and enjoy. ﻿

For more No Nonsense Reviews: