Knowhere - What is it?


This may be one of the most colorful and interesting locations in the entire Marvel Universe.
Knowhere is a Space Station located  at the “End of the Universe” made from a Giant skull of a dead Celestial.  By “End of the Universe” it means that the station is located at the edge of expanding space eventually it will push out past the limits of space and time and disappear completely.
Related Posts:
Nova Worldmind - Cosmic Races and Cosmic Map

What killed the Celestial is still a mystery.  Celestials being extremely powerful there are not a ton of options.  Likely it was killed by the Celestial’s cosmic rivals the Aspirants or perhaps by the weapon Godkiller.  Abnett and Lanning the brainchilds of much of the Guardians of the Galaxy modern 2008 run and the creators of Knowhere have not revealed its secrets.  They have promised that its origins are “Big.”  Whatever that means. 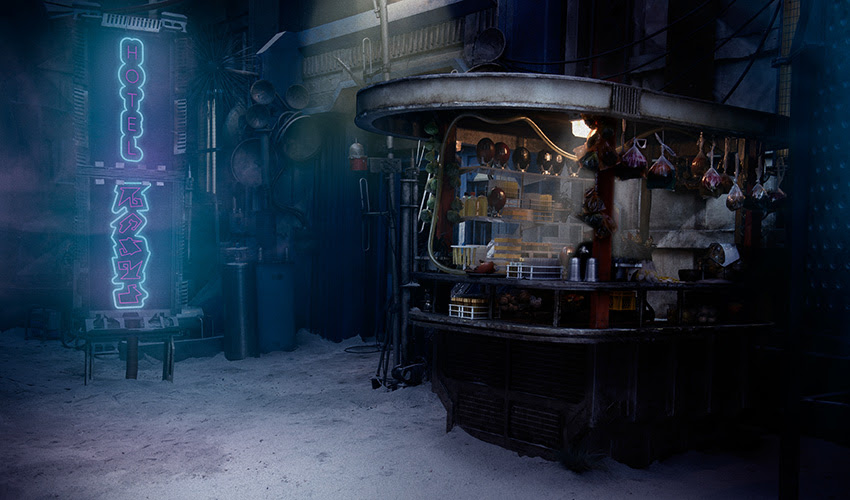 The insides of Knowhere are just as intriguing as its outside.  First the station is technologically advanced with a teleportation system that allows one to teleport using remnants of the Celestials spinal cord to places throughout the universe instantly.  It also has advanced time/dimensional space detection systems.  The station is run by Cosmo a talking Russian Space Dog who became stranded in space.  He is perhaps one of the most delightfully surprising characters in the Marvel Universe.  You seem at first and are a like really?  A talking space dog and then you just start to love the furry bastard.   From what I understand Cosmo will not be in the Guardians of the Galaxy movie, I think Marvel just felt like they had pushed the envelope of weird too far enough for mainstream audiences with a talking Raccoon.  However, they could mention the name Cosmo in passing.

While Knowhere is a very advanced space station it is also out of bounds of the other authorities of the Marvel Universe.  This means that Knowhere became a hub for those who didn’t want to be seen or watched by the Kree, the Nova Corps, the Skrulls or whomever.  It effectually is like a giant Mos Eisley in Starwars.  This is a freedom loving station of ruffians, criminals, pirates, mad scientists, and political refugees.  A big sea of criminal, freedom loving alien chaos or basically one of the most adventure stuffed places in the universe.

Perhaps because of how cool it is, the Guardians of the Galaxy make Knowhere their home base in the comics.  It is unclear if the Guardians in the movie will treat Knowhere in a similar fashion.  It seems that the Collector (Introduced in the end credit scene of Thor 2) will be using Knowhere as a HQ of sorts in the movies.  The Collector in the comics has planetary sized vaults of collections, so this may be an office or a museum that he temporarily stores items before shipping them off to his other large warehouses.  It would not surprise me if the Collector controls Knowhere instead of Cosmo in the cinematic universe.


Toys:
There is also a Lego Set coming out based on the movie called Knowhere.  It includes a Rocket Raccoon and Groot facing off against Ronan and Nebula.

Email ThisBlogThis!Share to TwitterShare to FacebookShare to Pinterest
Labels: Collector, Cosmic, Cosmo, Groot, Guardians of the Galaxy, knowhere, Marvel, Nebula, places, Universe, what is knowhere, Who is Cosmo, Who is the Collector

Covers from Daredevil Fall from Grace


Fall from Grace featured some amazing covers.  The cover of Daredevil #319 the prologue"Fall from Grace" is considered to be one of the most iconic Daredevil covers of all time.  It may actually be my favorite cover in all of Marvel.
It is not just the case that the cover is cool artwork.  It is that its symbology fits so well with both character and the theme of the story.  It is the ultimate beginning to the ultimate Daredevil story.

A stark looking Chrysler building rises up the page like a stoic monolith and from it falls a small, Daredevil diving from the heights.  Daredevil can not fly, he can fire webshooters so the image literally shows the hero in an extremely dangerous situation.  The cover goes deeper though, it plays on the metaphor of falling from grace.  An angel falling to Earth.  This begs the question of how Matthew Murdochs morality will be tested and perhaps broken?

I can't the rest of the covers are quite as epic as Daredevil #319.  However, each one is good and introduces the super hero and villains that appear in each particular chapter.  Everyone from Silver Sable, Venom to Morbius make appearances. 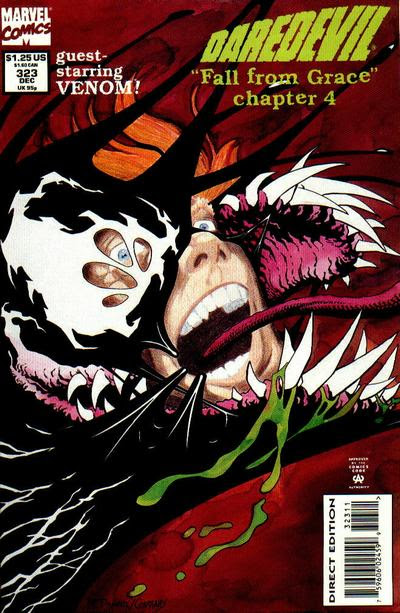 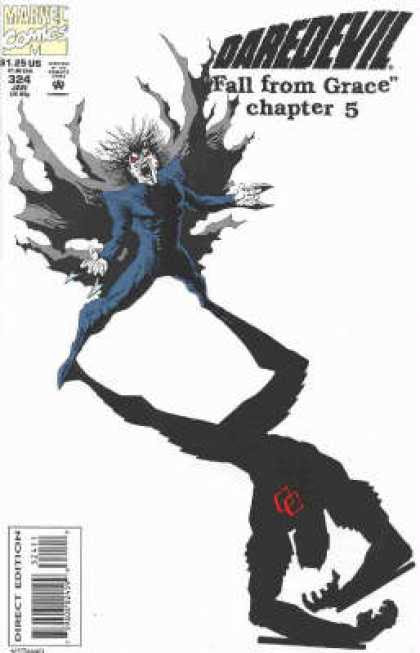