What is planet Ahch-To in Star Wars? 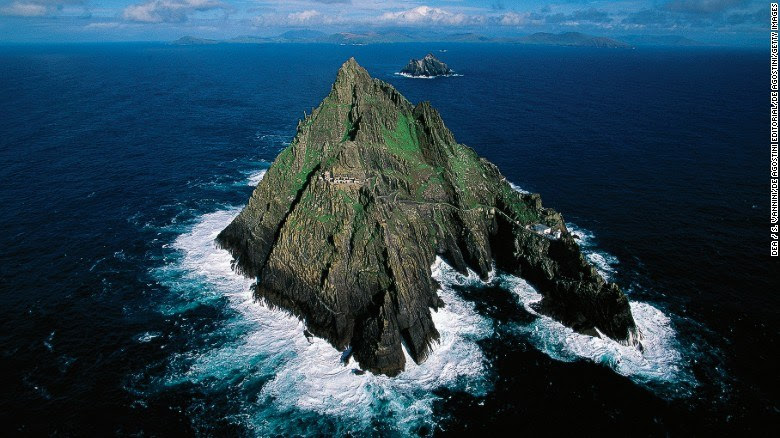 Warning some Spoilers from Star Wars: The Force Awakens.

Planet that is thought to be home to the first Jedi Temple.  This planet is sought out and used as a refuge by Jedi Master Luke Skywalker.

Animals, Fauna - Appears to be a lush ocean environment that included birds and moss.

Ahch-To is thought to be home of the first Jedi Temple.  It was sought out by Jedi Master Luke Skywalker after his Jedi trainees were killed by the Knights of Ren.

Working for the Resistance, Rey pieces together two parts of a map and flies the Millennnium Falcon to the planet.  Rey is accompanied by Chewbaca and R2-DC.  There she locates Luke Skywalker on the planet.

Who is Kylo Ren?
Who is General Hux?
Who is Finn?
Who is Rey?
Who is Supreme Leader Snoke?
Who is Captain Phasma?
What is the First Order?
Who is Maz Kanata?
Who is Darth Tenebrous?
Who is Darth Venamis?
Who is Darth Plagueis?
Who is Luke Skywalker?
on January 04, 2016