Who is Malekith the Accursed?

Who is Malekith the Accursed?

Malekith is a villain in the Marvel universe most known for his battles with Thor.  He is a Dark Elf with strong magical powers, that is willing to do anything to spread terror.  He is generally depicted as the ruler of the Dark Elves of Svartalfheim.  Malekith was played by actor Christopher Eccleston in the film Thor: The Dark World.

Alias: Master of the Hounds Malekith first appears as an agent of Loki and the fire demon Surtur.  He takes control of a number of people by feeding them magically poisoned food that allows him to control them.  As the Master of the Hunt a title of the Svartalfheim Elves he begins to search for a powerful magical artifact called the Casket of Ancient Winters.  With this artifact he hopes to freeze all of Earth.  Eric Willis a human on Earth is currently the guardian of the Casket and is swiftly killed by Malekith.  Malekith fails to get hold of the casket and it falls into the care of Eric's son, Roger.

In a new bid for the casket, Malekith kidnaps the Asgardian sorceress Lorelei.   He uses Lorelei to lure Thor into a battle with his best warrior Algrim the Strong.  In a move that could have destroyed both Thor and Algrim, he drops them into a pool of Magma.  The casket is then only defended by Roger whom Malekith quickly defeats.   Thor survives the magma and defeats Malekith, however not after the Casket releases its wintry powers and devastates large parts of Earth.  Thor apprehends Malekith and brings him to a prison on Asgard.

Malekith escapes the Asgardian prison by casting an illusion around himself to appear as Balder (Set to be crowned King of Asgard).  He cast a 2nd illusion over Loki to appear as himself.  In this way no one would know that he escaped.  He then sets out for the coronation.  As he approaches the event he is spotted by Kurse/Algrim who sees through his disguise.  Kurse/Algrim is still mad about being sacrificed in his battle with Thor.  He rushes toward Malekith and snaps the Dark Elf's kneck, apparently killing him.

Malekith then appears in a story where he attempts to use Hercules to oust Alfyse the Dark Elf Queen of the Eastern Spires. In an Iron Man tale,  he attempts to steal the Mandarin's rings.  Both schemes are thwarted by Thor's intervention. 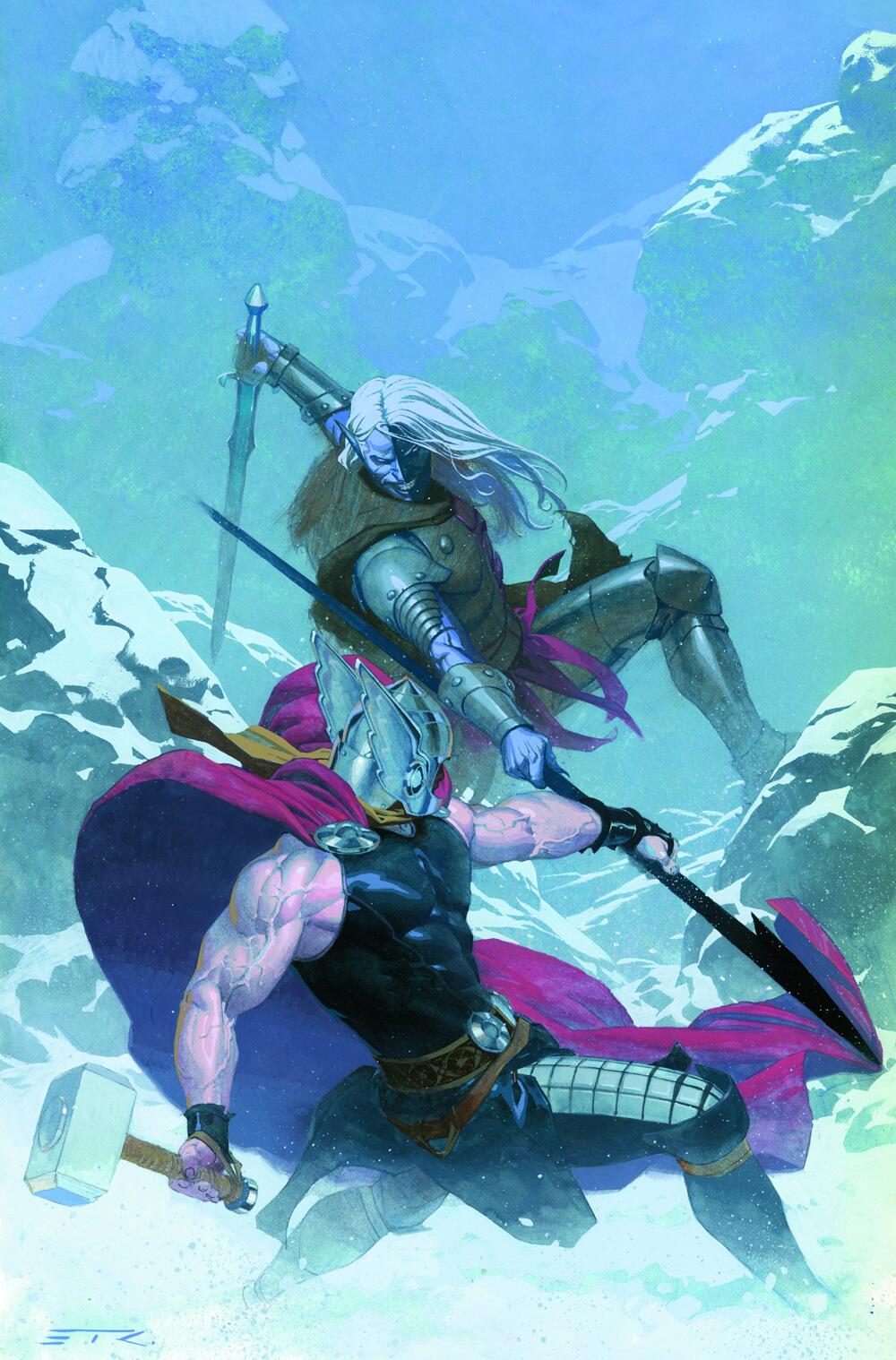 In one of his most insidious actions, Malekith leads his warriors tramping through all nine realms hunting down and killing any dark elf he can find.  Due to terrifying actions the Dark Elves elect Malekith as their new leader.  They greatly respect him for the amount of fear he can induce even in them.  These actions lead to a civil war of sorts in the nine realms.  Thor leads a small group of heroes from each of the nine realms to stop Malekith.  Suspecting treachery in the group Thor is horrified to learn that he himself was revealing secrets to Malekith through a magical spy.

After Thor loses the ability to use hammer he finds himself in a battle with Malekith.  Without the hammer Malekith is able to gain the upper hand in the fight (almost literally).  Thor's arm is sliced off and is kept as a trophy of the Dark Elf.  Thor replaces his arm with a special one made of Uru but is still greatly angered at the thought of Malekith taking his arm.

Powers:
From his Dark Elf heritage Malekith has:
None of these abilities put him in the range of power of his main foe Thor.  However, Malekith is a very skilled sorcerer.

Magic:
Can use magic in a variety of ways including:
power blasts
teleportation
illusions
physical malleability
flight
change shape and appearance

Weaknesses:
Iron - Hurts him and disrupts his magical abilities

Malekith was played by actor Christopher Eccleston in the film Thor: The Dark World.

Malekith attempts to gain the powers of a mysterious power called the Aether that he can use to reshape reality.  He battles the combined powers of Thor and Loki who defeat him.