Who is Luke Skywalker?

Luke is one of the heroes of Rebellion who battles the forces of the Empire.  Luke is one of the key members of the Rebellion due to his advanced piloting and force abilities.  He is the son of Anakin Skywalker aka Darth Vader and brother of Princess Leia.

Luke Skywalker Store:
Toylab is an affiliate member of Amazon which allows us to create link windows directly into the giant retailer and find awesome products like the Luke Skywalker products below:

Luke Skywalker is the son of former Jedi Anakin Skywalker and Queen/Senator of Naboo Padme Amidala.  Luke was born in year 19 BBY and quickly hidden from his father who fallen to the DarkSide and become Darth Vader.
Luke was raised on as a moisture farmer on the planet of Tatooine.  His existence and upbringing were hidden from Emperor Palpatine and Darth Vader.
Luke would spend much of his life of dreaming of leaving the planet of Tatooine and becoming a pilot.  His life is altered forever after a purchase of two droids leads him to become a pilot and a leader of the rebellion.  Together with motley group of companions they destroy the Empire's first Death Star.

Being a force sensitive he is trained in the ways of the force by Jedi Obi-Wan Kenobi and Yoda.

He also learns that his father is the Sith Lord, Darth Vader and that his sister is Princess Leia.  Fighting in the battle of Endor he confronts his father and Emperor Palpatine.  Thanks to his efforts Darth Vader is turned to the light and the Emperor is killed.  The Empire is dealt a further below when the new Death Star is destroyed.

After the Battle of Endor the New Republic is formed.  Skywalker goes on to form a new Jedi Order.  He finds a set of special trees held in an imperial facility that had belonged to the original Jedi Temple at Coruscant.

Skywalker then begins to create a new Jedi Temple.  However his attempt is a disaster when a new darkside user named Snoke interferes and lures one of Skywalkers trainees to the darkside.  This trainee his nephew takes on the mantle of Kylo Ren.

Skywalker goes into hiding and potentially takes the Barash Vows.  He is found by Rey at the end of the events of The Force Awakens. 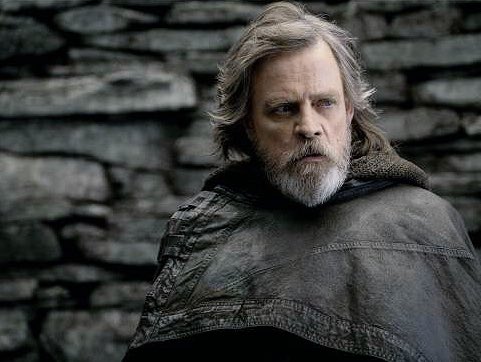 Opening script of Force Awakens reveals that Skywalker is considered to be the last Jedi.

More Star Wars!
Was Luke made evil in Return of the Jedi?