Who is Glenn Rhee from the Walking Dead? 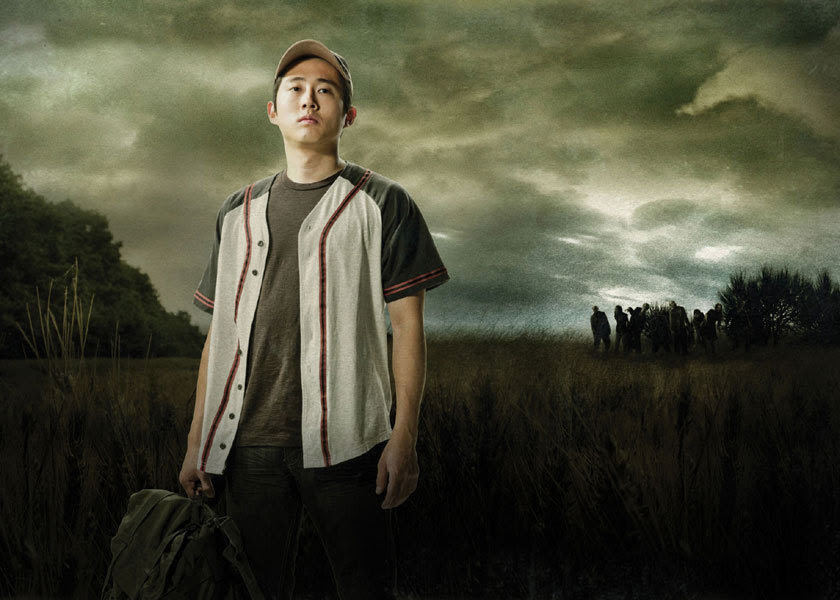 Glenn is one of the most popular characters from the Walking Dead comics and TV show. Actor Stephen Yeun plays Glenn on the Walking Dead TV series.   There has been rampant speculation on when Glenn will die in the show.  Glenn was killed by the villain Negan in Walking Dead #100 in the comics.


See bottom of page for Spoilers on his death in the TV series. 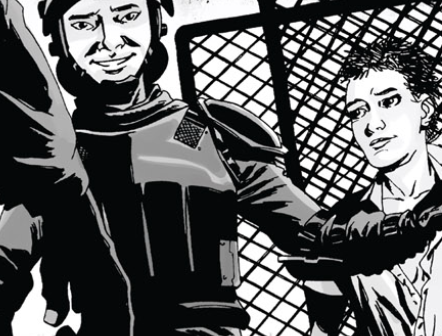 Glenn was born in Michigan from Korean immigrants.  He moved to Atlanta and became a pizza delivery driver.  In a extreme debt prior to the apocalypse Glenn began stealing cars.  His knowledge of the Atlanta routes, hot wiring cars made him a valuable member of the scavenger teams from the Atlanta group.  It has also been hinted at that Glenn was a boyscout prior to the apocalypse.

During the Apocalypse Glenn becomes a leader of scavenging parties.  He does this for the Atlanta group, the Prison, and later for Alexandria.  After meeting Rick Grimes on scavenging runs he becomes one of Rick's loyal supporters.  He has a jack of all trades like skills and creativity that have allowed him to get out of numerous binds.  He is the go to scavenger leader for the group in each place they end up.

At the farm he meets and later marries Maggie Greene.  Her father Herschel becomes something of an adoptive father figure to him.  Maggie and Glenn adopt Sophia whose mother Carol had been killed.  The couple later learns that Maggie is pregnant with Glenn's child.  Maggie and Glenn name their child Herschel after Maggie's late father.

Glenn is one of the least violent main characters.  In his entire run in the comic's he was never shown killing another human. 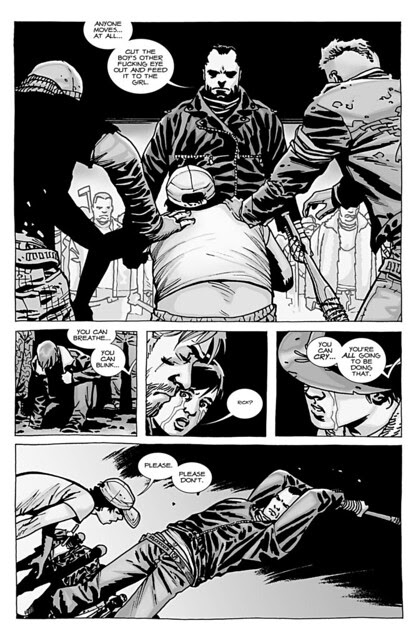 In Walking Dead #100 Glenn is captured by the Saviors and is killed by the group's leader, Negan.  Negan brutally smashes Glenn's head in with a barbed baseball bat that he named Lucille. 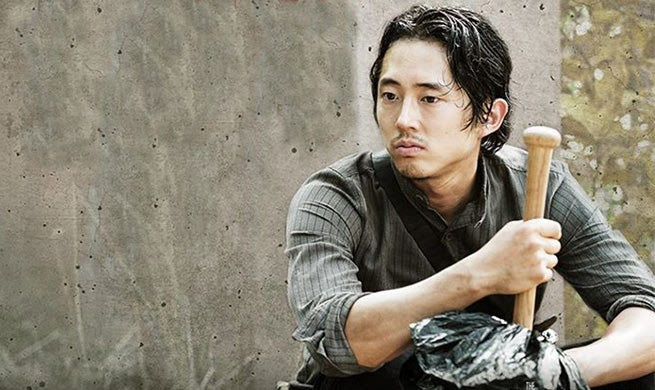 Glenn is similar to his comic counterpart in the TV show.  He makes his first appearance in the episode Days Gone By.  His voice crackles over a walkie talkie, "Hey you... Dumbass... Yeah, you in the tank... Cozy in there?"   Glenn then helps save Rick and brings him into the Atlanta group.

Glenn falls in love with Maggie Greene as he and the other survivors stay at her farm.  Glenn becomes close to her father Herschel.  Herschel is initially angry about Glenn romantic overtures toward his daughter but eventually accepts him into the family.

In Season 6, Glenn appears to die when he falls off a dumpster into a herd of zombies.  It is later revealed that Nicholas is being pulled apart on top of him.  Glenn survives by crawling beneath a dumpster.  Maggie reveals to Glenn that she is pregnant with his child.


At the end of season 6 Glenn seems to be facing of meeting the fate of his comic counterpart.  He is sitting helplessly as Negan chooses who to kill from the group.  The Season Finale ended without providing an answer.

Hot Rumor
7/24/16 - Glenn and Abraham are both killed by Negan
7/27/16- New rumor is that Glenn survives his first encounter with Negan.  This rumor comes from the actor who plays Morgan.  This has led many to speculate that those killed could be Maggie or Abraham (Or both).

The All Things Walking Dead HQ
Who is Glenn?
Who is Maggie Greene?
Who are the Saviors?
Who is Dwight?
Who is Sherry?
Who is Negan?
Who is Abraham Ford?
Who is Rick Grimes?
Who is Paul Monroe aka Jesus?
on October 25, 2016