What is planet Maveth?

Agents of SHIELD has introduced a planet that serves as a prison for a god like Inhuman who is considered to be the founder of Hydra.  The planet's name is Maveth.

Hydra has been sending sacrificed people to the planet to feed the founder for centuries.  They have been unable to bring anyone back from the planet.  Fitz found a way to open a portal and retrieve Simmons from the planet.

There does not appear a planet or place in Marvel comics explicitly named Maveth.

Here are other meanings:

There are a few civilizations that were destroyed in the Marvel universe but it would be hard to know which one it is without seeing a skeleton of people that lived here it is hard to know exactly which civilization it was.

Marvel Comic Possibilities for Maveth:
Skrull, Shi'ar and Badoon planets are possibilities but the rights for these aliens are controlled by Fox.


Location in Marvel Universe:
The planet could be a distant planet in a far off corner of the universe, however other options exist.  It could be the underworld of one of myths that inhabit the Marvel universe, or a different dimension.

“Maveth” – S.H.I.E.L.D. and Hydra go head-to-head in a battle that will change Coulson's world forever. While Daisy and her team of Inhumans fight to keep Hydra at bay, Coulson and Fitz take the ultimate risk, in the epic winter finale of “Marvel’s Agents of S.H.I.E.L.D.,” TUESDAY, DECEMBER 8 (9:00-10:00 p.m., ET) on the ABC Television Network.


Who is Inhuman Founder of Hydra? 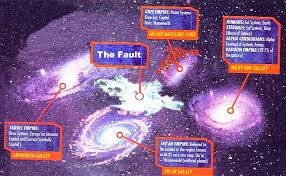 Who is Daisy Johnson / Quake / Skye?
Who is Gideon Mallick? (Agents of SHIELD)
What is an Inhuman?
Who is Phobos?
Who is Baron Helmut Zemo?
Meet the new characters from the series Inhuman
Who is the Inhuman Royal Family?