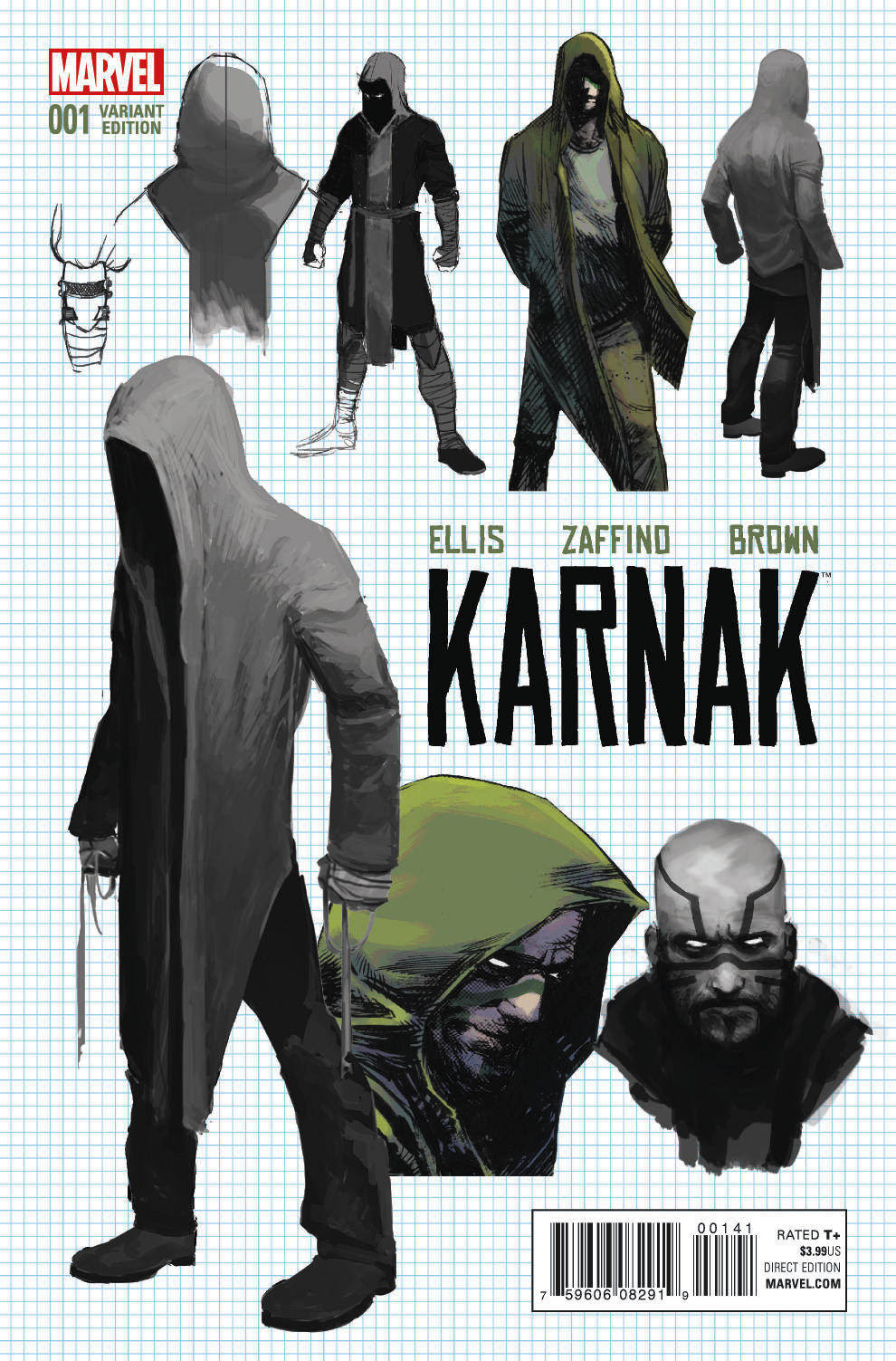 You might now like Karnak #1 but damn its interesting.  Its a much darker take on Karnak than I have seen before.  It is a darker tale in general.  Its not a scary story so much as it delves into a morally indifferent character.  This is a story about Karnak, and Karnak doesn't care.  Karnak does not give a crap at ALL.  He is has his own motivations, stand in his way and be snapped in two.  He is definitely an anti-hero but unlike say the Punisher, his whims are entirely alien.  It is hard to understand where he is coming from, but then that is part of what makes this story fun.


I have always liked Karnak's power of seeing the weakness in all things.  His power is simple, and can be an elegant way of disrupting just about anything.   He can break walls, or tear apart someone argument or philosophy.  He can crush the stratagems of others.  But it has never been used quite so brutally as here.

In this series nothing is safe from Karnak.

Karnak has always been depicted as a noble monkish adviser but not here.  His power is used both to advise and to instill terror.  He cuts through bullets and breaks a mans spleen in order to make him talk.  Much like his power, he cuts to the point of things and find his mark quickly and accurately.


The art of the series is entrancingly dark and further sets the mood for the gritty story.

Here Karnak demands to be called Magister, and finds smiling to be an Insult 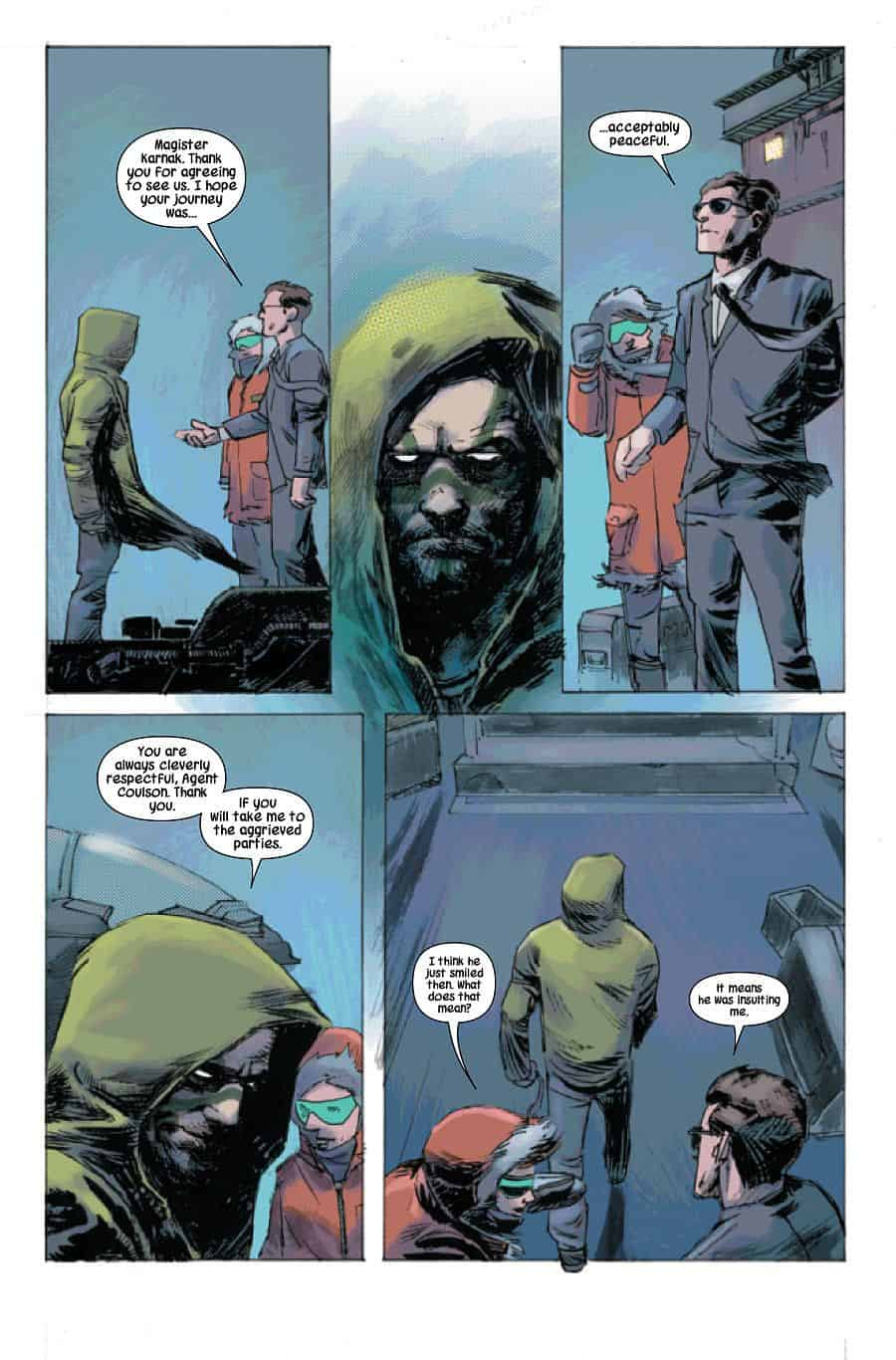 In this series Karnak is brought in as a consultant to SHIELD by Agent Coulson.  Coulson wants his help to track down a kidnapped a Inhuman.   Coulson explains to Karnak that SHIELD needs an Inhuman present as the operating laws of SHIELD technically do not apply to Inhumans.  Karnak says that is stupid even by human standards.
This grumpy, irreverent attitude sets the tone for the rest of the series that in many ways feels darker and more different than anything else at Marvel.

The other Inhuman series has Medusa trying to integrate with human society and become seens as heroes by them.  Karnak though does not care about how others feel.  He is Inhuman and looks down and the humans around him.  If humans want to work with him, they are going to do it on his terms.


Karnak is doing his own thing very differently but that is half the fun.

If you have any interest in the Inhuman events going on at Marvel or are an Agents of SHIELD fan I highly recommend checking this out. 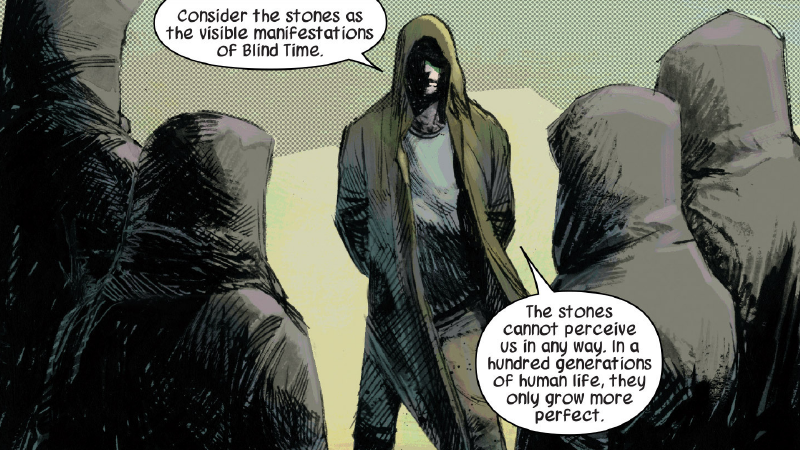 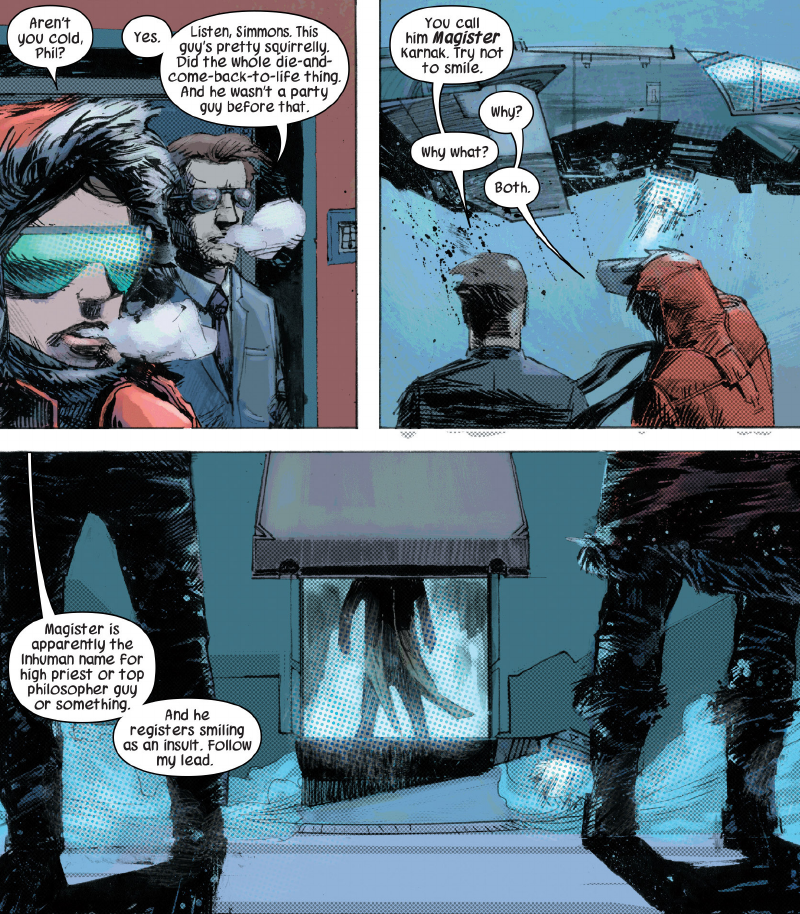 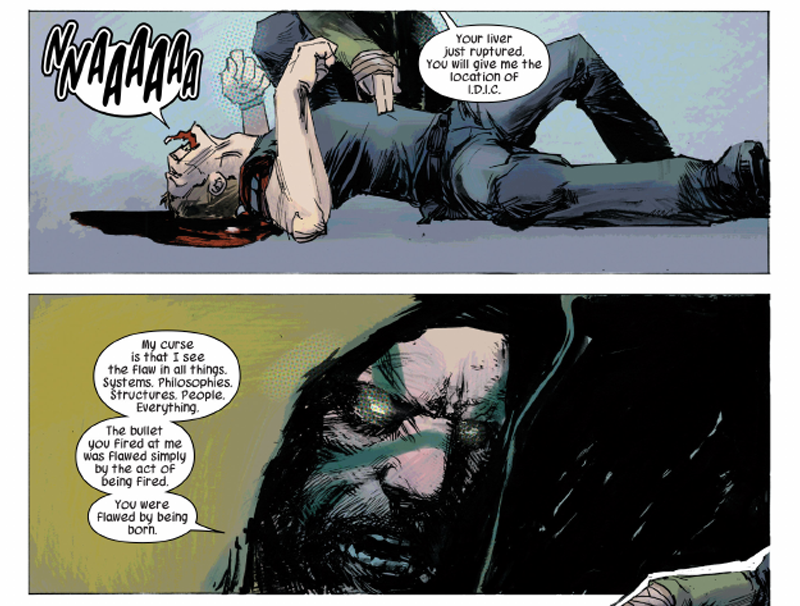