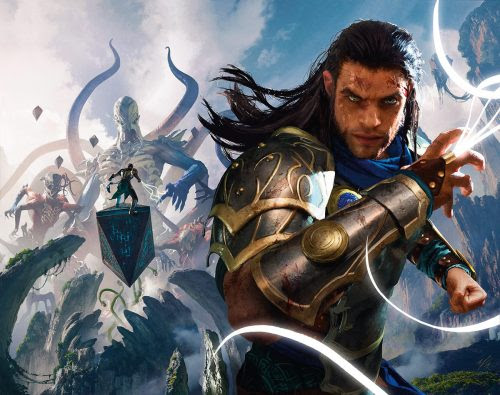 There is quite a bit of hype building for Magic the Gatherings new release the Battle of Zendikar.  The release date was Oct 2 and already I am seeing it take over talk at comic and game stores.
One of the things that this release features is its own trailer, and a fleshed out story with characters and events laid out in it.


Return to the wild plane of Zendikar, where the monstrous Eldrazi threaten the entire world with destruction. The plane's inhabitants, and even the land itself, stand united to oppose them.

More Toylab Fun!
Art from the Battle of Zendikar