Who is BB-8 from Star Wars?

Who is BB-8 from Star Wars?


BB-8 is an Astromech droid who has been assigned to X-Wing fighter pilot Poe Dameron.  The droid is scene operating on the planet of Jakku 30 years after the Battle of Endor.
In one clip the droid appears to be running (rolling) along with Rey and Finn.


Design:
BB-8 is said to resemble the famous droid R2D2 but with a ball as a body. 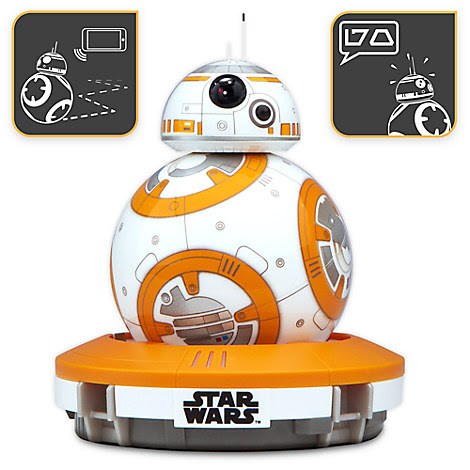 There will be alot of different BB-8 toys.  There are a couple of automated toys that have recieved a lot of attention.  One is from Hasbro and one is from Sphero.

Update:
After selling out of the Sphero BB-8 toy Disney has said they now have more in stock.  While supplies last you can Purchase one directly from the Disney Store at:
http://www.disneystore.com/bb-8-app-enabled-droid-by-sphero-star-wars-the-force-awakens/mp/1384851/1000265/

BB-8's Toy is expected to be the hottest toy of 2015.  The toy is a miniaturized version of the character that rolls around in a similar way.  The droid is said to have his own personality, responds to your voice, and can explore its surroundings.  The droid can be controlled using a Smartphone or tablet.

Comparing the Hasbro version with the Sphero BB-8 toys.