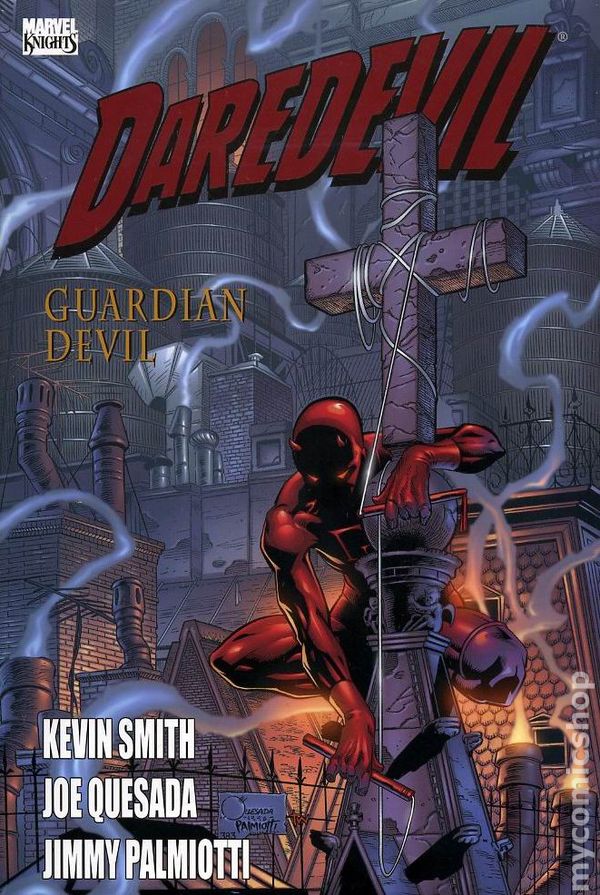 Guardian Devil is an 8 issue Daredevil story that has Daredevil caring for an infant that could either be a messiah or the antichrist.  This story test Matt Murdoch's faith and mental capacity to the ultimate test.


The story is written by Kevin Smith with art work by Joe Quesada and Jimmy Palmiotti. 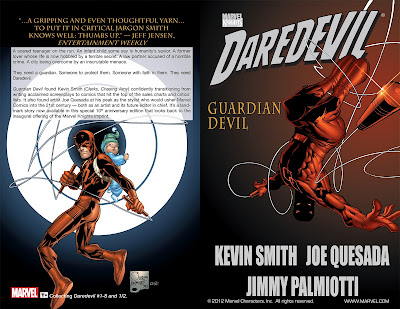 In the Guardian Devil story Matt Murdock faces threat's so great that is very sanity is besieged.

The first straw is that the love of Matt's life Karen Page leaves him.  She says she needs to learn whether her feelings for him are do to the action and excitement or if they are legitimate on their own.  Feeling alone Matt turns toward his Catholic faith for support.

A young 15 year old girl contact Daredevil with a bizarre tale.  She claims that she had a baby without ever having had sex.  Freaked out about birth the girl leaves the baby with Matt who she somehow knows to be Daredevil.  Matt begins to research the child and is contacted by a man named Nicholas Macabes.  Macabes claims that child is the Antichrist and leaves Matt with  a call card in the shape of a small cross.

More craziness unfolds.  Karen visits Matt and reveals that she believes she has HIV from her time as a porn star.   Foggy Nelson is accused of murdering a woman he was having an affair with.  He claims she seemed to turn into a demon.  Foggy and Matt's boss, Rosalynd Sharpe fires Foggy to save face for the firm.  Disagreeing with choice, Matt quits.  Matt seeks out help from the Black Widow.  When she questions him on the story about the baby he reacts violently and strikes her.  He retreats confused as to his own violent reaction.   He decides that he must believe Macabes's story that the child is the Anti-Christ.   He contemplates killing the baby by dropping it off a roof.  He manages to force down this impulse.

Macabes also reaches out to Karen Page and claims that the child is responsible for her having HIV.

Daredevil goes to visit Doctor Strange who begins to discover what has really happened.  The card that Macabes gave him was laced with a drug that was causing him to act erratically and violently anytime someone mentioned the child.  This is the reason why reacted violently to the Black Widow mentioning the child.  Strange purges the drug from Daredevil's body.  Strange calls up Mephisto to ask about the Anti Christ and he learns that the Christ is meant to return as a man not as an infant.  He also reveals that the church where the infant is staying is under attack. 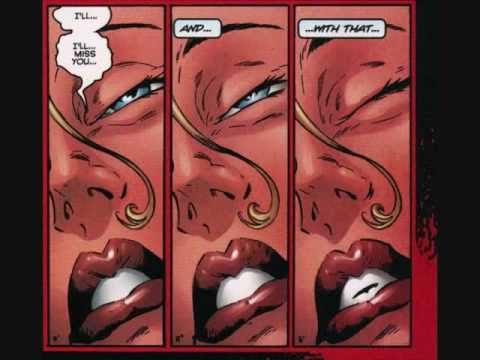 Matt races to the church where Bullseye is attacking the nuns.  He has killed several nuns, and wounded Maggie.   He battles Bullseye in the church.   Matt is unable to stop Bullseye from killing Karen Page and stealing the baby.  Holding the body of Karen, Matt contemplates suicide.  In the end his memories of Karen force him to get up, and save the child.

Daredevil realizes that Macabes must be behind what has happened to him.  He tracks down Macabes and fights through his henchmen.   Coming face to face with Macabes the villain reveals his true identity the.....Mysterio. 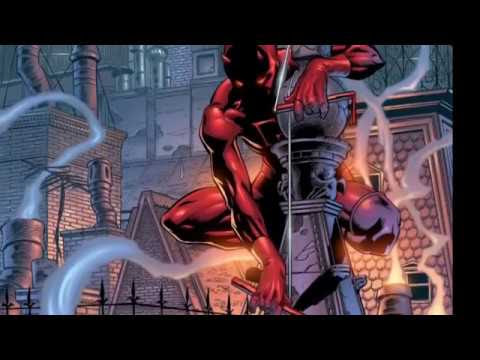 Why was Mysterio attacking Daredevil in this way?

Mysterio was diagnosed with a terminal brain tumor and lung cancer that were caused by chemicals and radiation from his Mysterio equipment.  He is said to have one more year to live.  With his life winding down Quentin becomes obsessed with his legacy and seeks to change the perception that he was a loser.  He sets his sights on bringing down his old foe Spider-Man.  As he is released from prison he is disappointed to learn that Spider-Man is a clone.  Feeling that defeating a cheap copy of the original would be demeaning to his legacy he searches for a new target.  His new focus quickly becomes the hero Daredevil.
In Mysterio's mind the two were kindred.  Both being unknown outside of a small circle of people despite being very talented.  In his mind both Daredevil and himself were something like victims of the masses for not being recognized for their greatness.

Daredevil continues to fight despite these emotional and mental assaults.   Daredevil realizes that he has been duped by Mysterio and furiously attacks the villain.  In the battle between the two an enraged Daredevil smashes Mysterio's helmet revealing a sick Quentin Beck.  Beck expects Daredevil to kill him, which he sees as a finishing touch upon his magnum opus, or as he puts it  a "grand way to end his final show."  Daredevil compares it instead to a B-Level movie, says that Quentin copied the plots and plans of other villains.  Mysterio says he has an idea to steal from Kraven the Hunter he proceeds to pull out a gun and shoot himself in the head.