Devil Dinosaur versus! in Hulk and the Agent's of S.M.A.S.H. 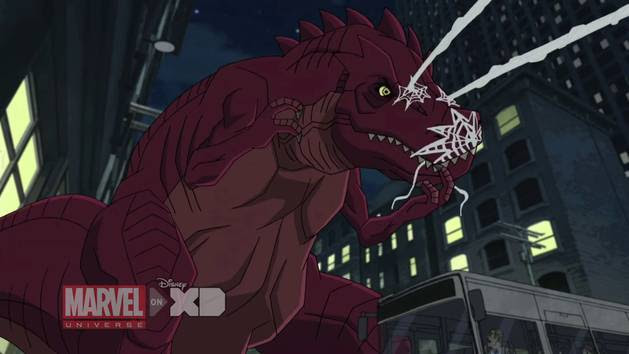 Devil Dinosaur vs the Hulk and Spider-Man

In the cartoon Hulk and the Agents of S.M.A.S.H. Devil Dinosaur appeared on a rampage in NYC.   Those who don't think much of the powers of a super powered T-Rex should watch this.  He basically manhandles some of Marvel's strongest heroes.

This happens because Red Hulk is angry that the team's pet Dinosaur carries him out into the desert and buries him each morning.  Red Hulk then captures and releases Devil into NYC.


The whole group struggles to contain Devil Dinosaur and bring him back to a safe location.


For More Fun Stuff!
Review: Planet Hulk #1 is AMAZING!
Who is Devil Dinosaur?
Who is Fallon the new Blade!
Who is Thor?