Who is Rey in Star Wars?

Rey
Rey is a character in the Star Wars universe that will appear in the film Star Wars: The Force Awakens. Rey is played by Daisy Ridley.  She is one of the major characters in the new trilogy of Star Wars films.

Home Planet: Unknown she is found on Jakku but she was brought their as a child from another planet.

Star Wars Store
Toylab can offer windows into the related products at Amazon allowing fans to quickly find items that interest them right on the major online retailer.  Below are the products we found on Rey and her fellow Star Wars pals.

Not much is known about Rey origins other than as a child she was dropped off on the planet of Jakku.

The Force Awakens
30 years after the Battle of Endor, Rey is living on the desert planet of Jakku.  She subsists on the planet as a scavenger finding and selling items from the battle of Jakku many years earlier.   Her fate changes when she runs into the resistance droid BB-8.   BB-8 is on a special mission from his master Poe Dameron.   Finn the stormtrooper defector meets up with Rey and the pair race to leave Jakku before they are captured by the First Order. They locate and escape using the the star ship the Millennium Falcon.

The pair meet up with legendary pilot Han Solo and Chewbaca who bring them to Maz Kanata to learn where they should go next.  At Kanata's bar Rey finds the lightsaber of Annakin Skywalker that causes her to have various visions.  She runs from the castle just as the First Order attacks.  Finn is given the light saber by Maz Kanata and sets out to rescue Rey from Kylo Ren.   There he uses the lightsaber to battle a melee armed stormtrooper TR-8R.  TR-8R nearly defeats Finn but is blasted away by Han Solo.  Han Solo and Finn watch in horror as Rey is loaded aboard a shuttle craft and taken away by the First Order.

At the Star Killer Base, Rey finds herself strapped to an interrogation table by Kylo Ren.  Kylo Ren attempts to read her mind but is very disturbed when Rey is able to read his mind back.  He is shocked to find another person with such a strong link to the force.  He leaves to consult with Supreme Leader Snoke.  While he is gone Rey's force powers seem to begin activating and she uses a jedi mind trick to force a stormtrooper to free her.  She begins to sneak around the Star Killer Base seeking a way to escape.  Little does she know that Finn, Han Solo and Chewbaca are also at the base attempting to free her, and destroy the base.

After a dramatic battle to destroy a facility on the base Finn and Rey find themselves squaring off in a duel against Kylo Ren.  Finn is wounded in this battle but survives.  Rey leaves Finn in a medically induced coma to pursue a mission to find Luke Skywalker.  As she leaves Finn she promises him that the two will meet again.

The Last Jedi:
Rey is trained by Luke Skywalker in the ways of the force on the planet Ach-To.  Rey is known to Luke of a lineage of force users he is very acquainted with.  He however fears what Rey could become.

Appearance:
Rey looks like a rebel, others have described as a human female scavenger.  She is wearing ragged, tan clothes, the visor helmet on her head seems to be from a scavenged stormtrooper helmet.  She has also been seen wielding a staff like weapon.


Who are Rey's Parents?

Who are Rey's parents - Facts:
The biggest clue is when Rey has a vision when she touches the light saber of Anakin Skywalker that had some how found its way into the hands of pirate / barkeep  Maz Kanata.  When she touches the saber it seems unlock her force powers and she begins to hear the voices of various older jedi.  She has another series of voices when escaping from the first order.


Who are Rey's parents there are some prevalent theories:
Palpatine's Grand Daughter or Clone - 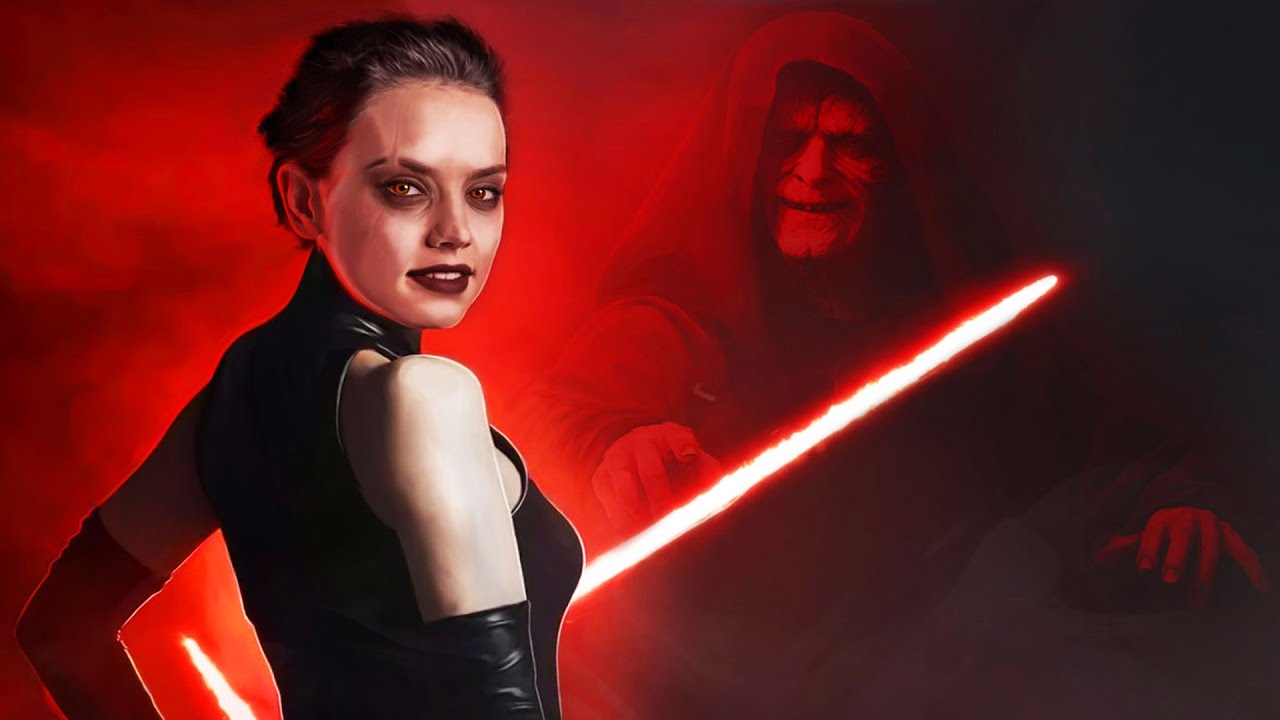 Emperor Palpatine would not have been under the Jedi restrictions on having children and he also made many clones of himself.  This seems more likely than a child being born from Obi Wan or Luke.  No mention of Rey is made any material such as Bloodblines between Leia and Luke which would seem to indicate she is not a Skywalker.  That said both Kylo Ren and Luke seem to know who she is.  This would indicate she was powerful Force user found by Luke for his Jedi temple and then hidden away.  Luke also seems very reluctant to train her which may hint at her dark lineagelogy.

Luke Skywalker's daughter - this seems to be the preferred idea.  This would make the whole first film a girl finding her father.  Evidence to back this up would be her extreme affinity for the force.  One her powers were unlocked she was able to take down the more initiated Kylo Ren. When Kylo Ren (Ben Solo) went bad and killed everyone Luke decided to hide his daughter on Jakku.  He wiped her memories so that she would not seek him out.  This was done to keep her safe, in the same way he grew up.
Problems:  Was Luke really out to start a romance and have children?  When we last left Luke he seemed determined to start up the Jedi Order in much the same way it had been with celebant warrior monks.  She also does not react to hearing about Luke Skywalker like yes that is my dad.  To her Skywalker is simply a legend.

Daughter of Han Solo/ Leia Organa and sister of Kylo Ren - This theory would have you believe that Rey and everyone else had forgotten who she is.  Perhaps, everyone's minds had been wiped.  Evidence of this though is the strange coincidence of the Millennium Falcon on Jakku.  Could the Falcon have been left by Chewie after Han's mind had been wiped.  This could explain why Han lambasts Chewie for not searching this area of the outerrim more.  Chewie could have known she was there and purposefully not searched that area.  Erasing the memory of other Solo child would have kept her safe from Kylo and the New Order.  Kylo also seems to be very interested in this girl that helps the droid escape.  He is also bizarrely affectionate toward Rey when he interrogates her.  His memories could have wiped partially as well.  Maybe in one generous move he allowed his sister to survive the slaughter at the new Jedi temple, perhaps this gives hope that Kylo Ren himself could be redeemed.

Obi Wan Kenobi relative - This is an interesting theory in the fact that Rey can not be directly Obi Wan's daughter as the timing does not work out.  However, she does resemble Obi Wan in a lot of ways.  First, she talks in a British accent during the film.  Keep in mind John Boyega hides his British accent and talks in an American one.  Kenobi in both of his versions spoke in a British/American hybrid style.  She fights in hand to hand aggressively in swooping arches that resembles Ewan McGregor's portrayal of the character.  Also Kenobi's voice is the one that comes out the most clearest to Rey during her dream sequences.  Not Annakin, not Yoda, but Obi Wan Kenobi's.
If this is the case she could have been a very young apprentice on the island that Luke managed to save.  Kylo may vaguely recall a young female survivor which would explain his agitation.   This would also explain Rey's visions as some of them could be old memories.

Anakin Returned - In this theory Anakin is the chosen the one and is reborn as his mission in his first life to restore balance to the force was incomplete. Similar to how Anakin was born from a human mother and from the Force, Rey may have no father.  If she is born the same way as Anakin it would actually make her the Father in a sense of Luke.


Unfortunately, there is very little to prove or disprove any these theories so we will need to wait until the next film comes out to know for sure. 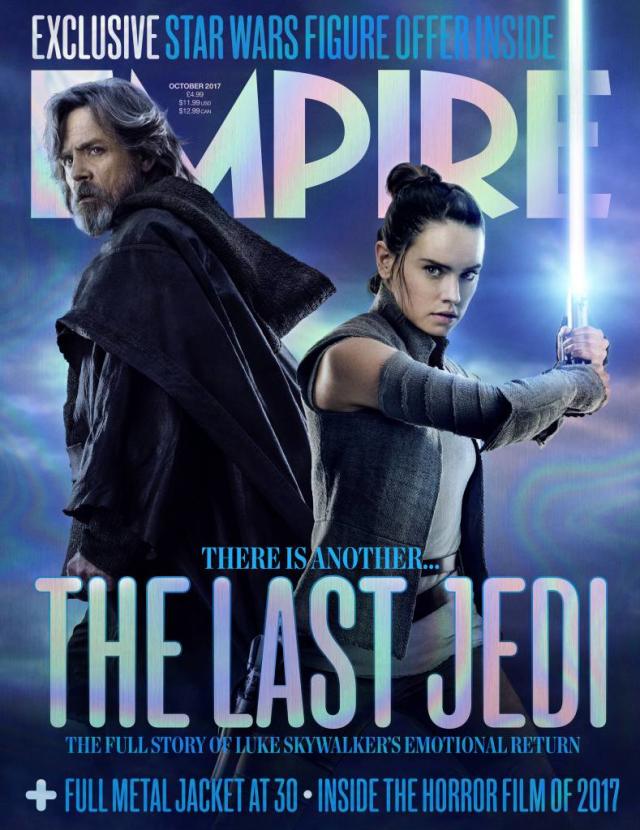 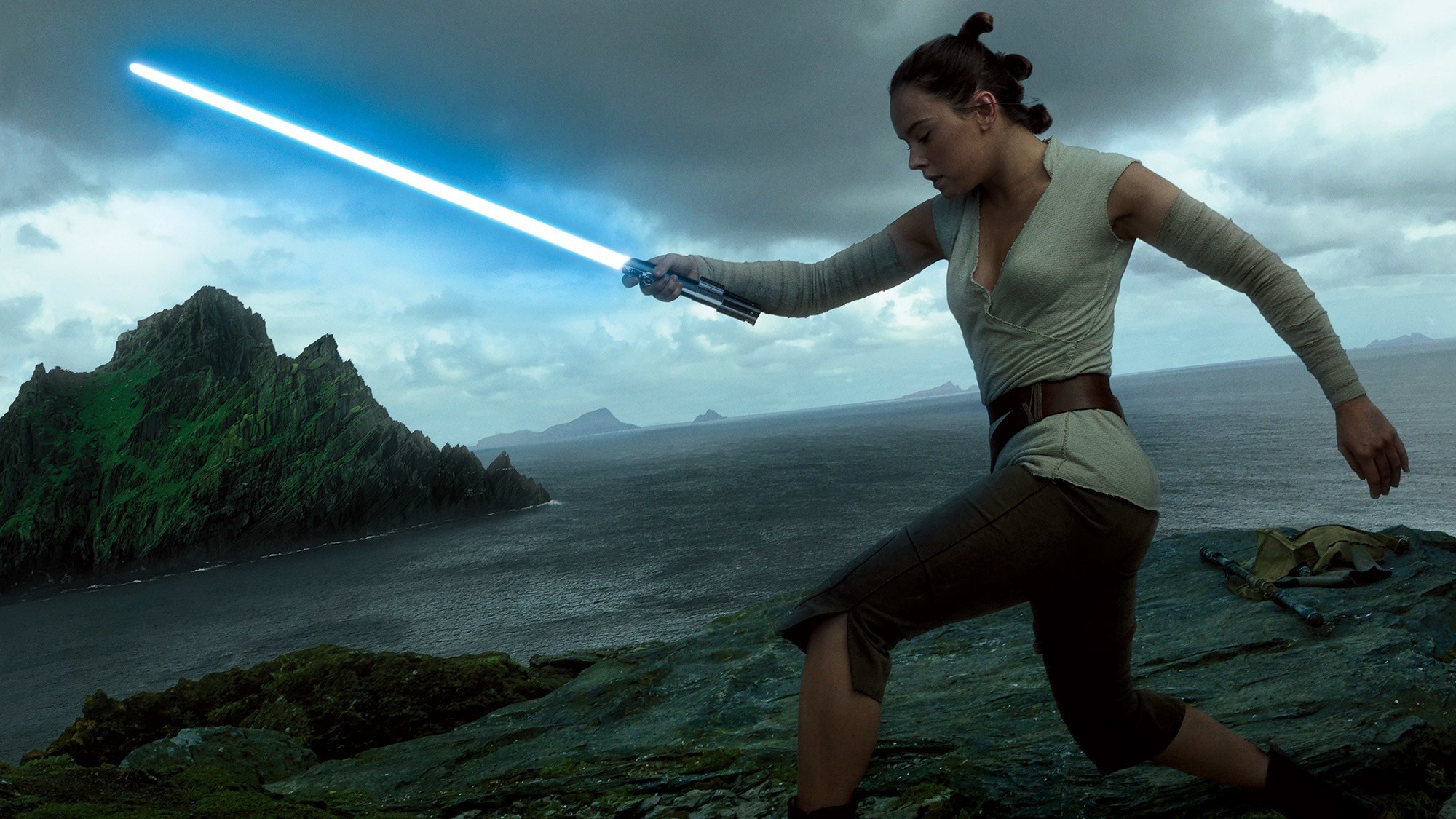