Who is the Punisher (Frank Castle)?

Punisher was to be promoted at NYCC 2017 but in the wake of the Las Vegas Shooting Marvel began to pull promotions for the show.  It is unclear what presence for the show will remain at the event.

THE PUNISHER IS OUT NOW ON NETFLIX

Punisher Store:
Toylab is a member of the Amazon Affiliate program and is happy to bring these awesome deals on Punisher merchandise. 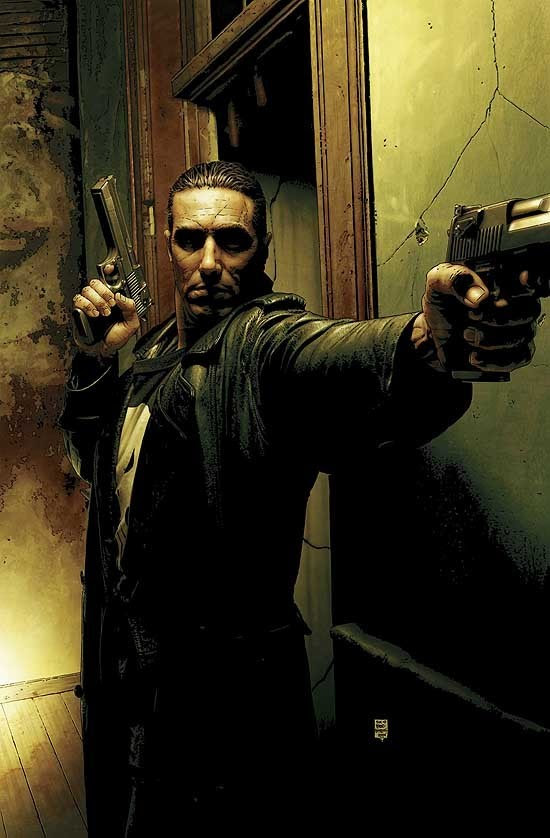 Frank Castle was born in NYC to an Italian American family.  His initial inclination was to become a priest but he found that he was unable to forgive men for the evil they do.  He married a woman named Maria who was already pregnant with his first child.

He then joined the Marines where he distinguished himself and eventually became a Navy SEAL.  He served as a special forces, point man in Vietnam and earned numerous medals including a purple heart.

After leaving the military he rejoined his wife and family in NYC.  They formed a happy family with two children.  Out for a picnic in central park the family witnesses a mafia (Costa Family) execution.  A man is hung from a tree.  To remove them as witnesses the family is attacked, all of the family's members including the children are executed.  Some how Frank survives the execution.  Despite, Frank identifying the culprits  law enforcement is either unable or unwilling to persecute the individuals that attacked his family.  Enraged at the loss of his family and the lack of justice, he goes off the grid, to dispense lethal punishment on the criminal world.

Frank begins to don the symbol of the deaths head on his chest and armaments and begins to use the name of the Punisher.  Due to his vigilantism he is a fugitive of the law.  Other super heroes view the Punisher in different ways some with respect, others with horror, and sometimes as a necessary evil.  He is has both worked alongside heroes, and against them depending on the story.   He has battled the heroes of Spider-Man, and Daredevil.  Frank was shown to have great respect for Captain America and after Steve's death considered taking up his mantle.


Powers:
Frank has no powers he is an ordinary man.  He does however have a great deal of training.  He does not use many high tech suits, or gadgets but uses a wide variety of conventional weaponry.  He is utterly merciless to those he feels deserve his punishment.
He maintains a rigorous training regime and a balance diet to maintain stay in a highest level of human conditioning.

Armaments:
Many many guns and weapons:
Commonly uses:

None of the Punisher's appearances prior to 2015 occur within the Marvel Cinematic Universe (MCU). Jon Bernthal plays the Punisher in Daredevil Season 2.  In Daredevil Season 2 a series of mass homicides begin occuring against various criminal groups.  Daredevil finds that the man behind the killing is a highly trained killer named Frank Castle who is seeking vengance for the death of his family.  Both men fight each other but their battle is eventually turned toward a larger battle with the Hand.  At the end of Daredevil season 2, Frank Castle is at large.

Some of the Punisher will go back to show the time before Frank became the Punisher.  Depicted in the series is Frank serving as a Scout Sniper in the Iraq War.


Description: Since being cast as the Punisher, Jon Bernthal has visited a few comic stores to pick up Punisher trade paper backs.  See what he picked up in these tweets.


Description: Dirty Laundry is a short movie that stars some heavy weight actors in a brilliant, very violent Punisher short.


Who is Franken Castle? When Punisher became Frankenstein


Description:  The Punisher is killed by Daken and is reborn in a huge Frankenstein like body and uses it to get revenge and fight a war alongside hunted monsters.

Email ThisBlogThis!Share to TwitterShare to FacebookShare to Pinterest
Labels: #Marvel, #Punisher, Marvel, Today's #WhoIS is here with a vengeance Who is the Punisher?