Who is Finn in Star Wars

Finn is a character in the Star Wars film the Force Awakens.  Finn is played by John Boyega.  Finn is a former Storm Trooper who becomes a member

Star Wars Store:
There are a variety of Finn toys including Lego, action figures and even halloween costumes.  You can find all of this merchandise on Amazon.

Finn Bio (Spoilers):
Star Wars: The Force Awakens:
Finn is taken from his family at a young age and raised to be a mindless stormtrooper of the First Order.  During a raid on the planet of Jakku, his unit is ordered by Kylo Ren to eliminate a village of unarmed villagers.  Finn finds himself unable to comply with the gruesome request and in a crisis of consciousness seeks to find a way of escaping the First Order.

30 years after the battle of Endor, Finn was a Stormtrooper of the First Order who deserted and stranded on the desert planet of Jakku after freeing Resistance Ace pilot Poe Dameron.  After the two escapees crash land a tie-fighter on Jakku, Finn presumes that Poe is dead.  Alone and being by the First Order, Finn begins to attempt to complete Poe's mission of locating the astromech BB-8.  In doing so he meets up with the scavenger Rey and the pair race to leave the planet before the First Order can catch them.  They locate and escape using the the star ship the Millennium Falcon.

The pair meet up with legendary pilot Han Solo and Chewbaca who bring them to Maz Kanata to learn where they should go next.  At Kanata's bar Rey finds the lightsaber of Annakin Skywalker that causes her to have various visions.  She runs from the castle just as the First Order attacks.  Finn is given the light saber by Maz Kanata and set out to rescue Rey from Kylo Ren.   There he uses the lightsaber to battle a melee armed stormtrooper TR-8R.  TR-8R nearly defeats Finn but is blasted away by Han Solo.  Han Solo and Finn watch in horror as Rey is loaded aboard a shuttle craft and taken away by the First Order.

Finn joins Han Solo and Chewbaca on a mission to destroy the Star Killer Base of the First Order and to rescue Rey.  They find that Rey has already managed to free herself and is sneaking around the base and causing mayhem.   After a dramatic battle to destroy a facility on the base Finn and Rey find themselves squaring off in a duel against Kylo Ren.  Finn is wounded in this battle but survives.  Rey leaves Finn in a medically induced coma to pursue a mission to find Luke Skywalker.  As she leaves Finn she promises him that the two will meet again.

Finn goes on a special mission with a mechanic named Rose.  The two are undercover on the casino planet of Canto Bight.  At one point the pair also don the uniform of First Order officers.

The Canto Bight part of the film looks like a luxury alien/sci version of Las Vegas or Monte Carlo.  It is full of never before seen aliens, vehicles and technology.

Rose and Finn also end up in a chase scene on Canto Bight.  The pair ride on alien horse like creature while being chased by luxury land speeder like vehicle. 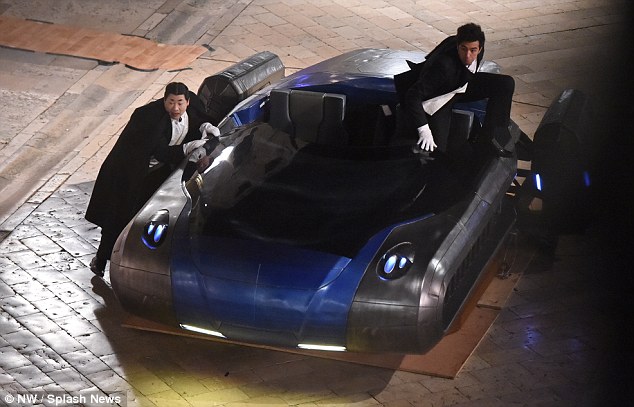 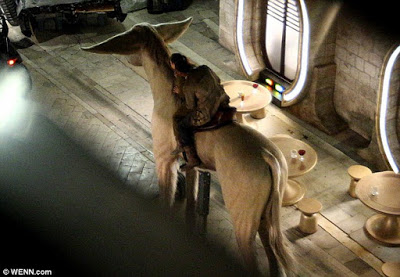 Force Potential:
Unknown:  Seemingly high as he is able to wield a lightsaber.  Finn also suffers from a moral crisis on a mission to slaughter villagers by the First Order.  This crisis may be caused due to a deeper affinity to the Force.


Toylab Speculation:
One of the biggest mysteries of Finn is what causes his moral crisis?  He is raised in a program to create soldiers who simply follow orders.  Suddenly, during the slaughter of Jakku this programing seems to stop working.  General Hux looking over his history with the Order remarks that he sees no signs that would indicate these rebellious behaviors.  Kylo Ren also noticed Finn and seemed to feel something in the force about Finn.  This led Kylo to immediatly know which stormtrooper had defected.

One answer to this question is that Finn may be a Force Sensitive.  That he felt deeper into the Force and knew his actions were wrong even though morally he had never been taught such things.  This may also explain how he is able to use a lightsaber relatively well without any training.

Finn's Parents:
Finn's parents are unknown.   As a stormtrooper he was taken from his parents at a young age and raised to fight for the First Order.

Many assume that Finn could be related to one of the older characters due to the fact that his last name has been kept secret.  Many names have been thrown out.

Top surnames in forums are Calrisian and Windu as both were dark skinned characters.  However, it is perfectly possible he is related to Skywalker or even a character in the comics like Sana Solo.

Sana Solo's Son?
In the new Star Wars comics that have been released to help tie together the old films to the new movie a character is introduced named Sana Solo.  Sana Solo is woman bounty hunter who claims to be Han's wife.  It has not been revealed why she is attempting to hunt down Han but many assume it is because she is pregnant with a child.  Time wise this does not work out however as the child would work out to be older than Finn is.

To learn more about the new character Sana Solo see:
Who is Sana Solo

One way or the other, it does seem like here character is going to be in some way important to the new trilogy.

Pictures:
The lightsaber in use here appears to be that of Anakin Skywalker.  Used by Luke prior to making his own.