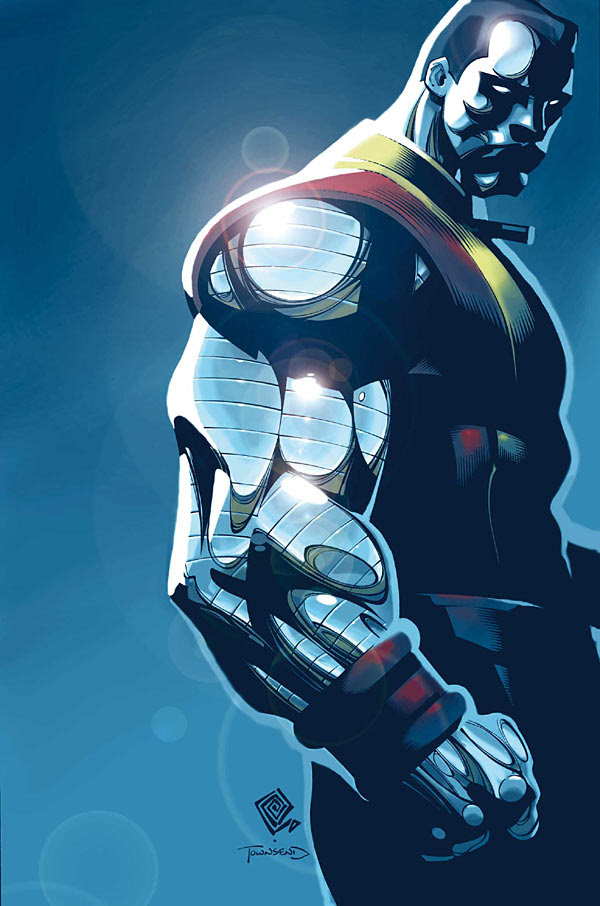 Colossus is a marvel hero known for serving on the mutant super-team the X-Men.  He has been depicted in multiple X-Men films  and cartoons.  Colossus was played by Daniel Cudmore in X2: X-Men United, X-Men: The Last Stand, and X-Men: Days of Future Past.  Actor Andre Tricoteux will play Colossus in the film Deadpool.

Colossus Store
Toylab is a member of the Amazon Affiliate program allowing us to link our site to Colossus toys and gear like those below. 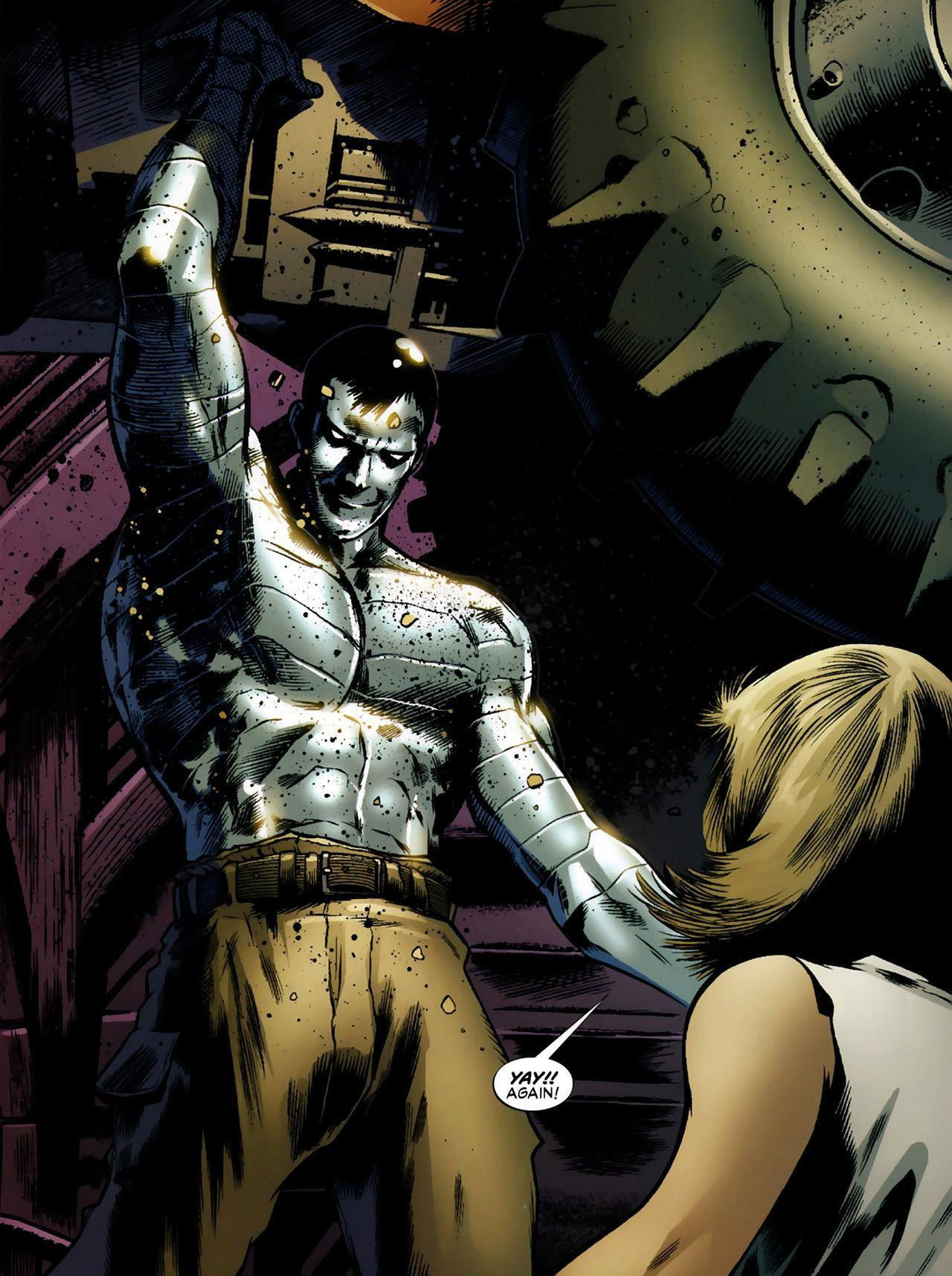 Piotr "Peter" Nikolaievitch Rasputin is born on a Soviet collective farm called the Ust-Ordynski Collective near Lake Baikal in Siberia.  He lived there with his parents and sister Illyana.  His older brother had died in a cosmonaut mission.  The family is descended from the infamous Russian magician Gregori Rasputin.   Peter is a big, guy standing at around 6'7, he is also very strong from working on the farm.  He is not violent and could be best described as a gentle giant.

One day a runaway tractor threatens to run over his sister Illyana and Peter jumps before it.  To his astonishment his mutant power manifests itself turning him into metal.  He is then easily able to stop the tractor.  He is very confused at what just happened but is almost immediately contacted by Charles Xavier who offers him and explanation and a place on the X-Men.  Xavier dubbed Peter with the moniker Colossus.

Xavier had been busy creating a new team of X-Men because the first was trapped on the living island of Krakoa.  Colossus helped free the others.  He then went on missions to the Savage Land and stood against the Shi'ar Royal Guard.  His sister, Illyana was kidnapped amongst other loved one's of the X-Men to coerce the team to freeing Arcade.  Once freed Arcade brainwashed Colossus into becoming a villain "The Proletarian".  The X-Men stopped Colossus and fixed the brain washing.  The X-Men then recruited Illyana, who would later become the X-Man,  Magik.

Colossus had a brief romantic relationship with Kitty Pryde.  They broke up when he had feelings for an alien and realized he was not fully in love.  However, the two remain very close friends through their X-Men tenures.

He is pitted against many of his fellow X-Men when he becomes one of Magneto's Acoltes.  This act badly damages his relationship with old friends like Wolverine and Storm who remain loyal to the vision of Charles Xavier.

At one point a Marauder named Harpoon almost kills Kitty Pryde and Colossus jumps into the fray.  He is met by the Marauder Riptide who believes his power can kill the giant Russian.  Colossus is badly wounded but manages to snap Riptide's neck before succumbing to his injuries.  The badly wounded Colossus is partially healed by Magneto but for a time he must remain in his metal form.

Colossus has helped the X-Men in other events such as Schism, House of M, he also serves on the team Excalibur.  He is united on Excalibur with Kitty who is now using the name Shadowcat.  Even though Kitty is now with the hero Pete Wisdom he still cares for her deeply.  During this time he also repairs his relationship with Storm and Wolverine.  He also forms a friendship with Marrow.

Colossus injects himself with the cure for the legacy virus created by Moria MacTaggert and Beast.  This ineffect sacrifices himself to save everyone else.  He dies and his ashes are brought back to Russia by Shadowcat.  It turns out that the body that was cremated was actually a duplicate created by an alien named Ord.  The real Colossus was held in a facility and found a year later by Shadowcat.  He rejoins the X-Men and for a time resumes his relationship with Kitty Pryde.

Colossus continues to battle evil on behalf of the X-Men.  He is a member of X-Men Gold Team being led by Kitty Pryde.

Colossus without using his power is 6'7 in superb physical conditioning and is highly trained in martial combat by Cyclops and Wolverine.

He can transform body into organic steel  which greatly enhances his strength and durability.
While transformed using his power he is a towering, 7 ft tall, super strong, man of steel.
The transformation alters his entire body into the steel.  The transformation increases his density and his volume (He grows nearly a foot in height when transformed).

Vulnerable to vibranium in his transformed state.

He once added the powers of the Juggernaut to himself to stop the old Juggernaut.  By turning himself into the avatar of Cyttorak he gained additional strength, resistance to injury and a mystical ability to avoid impediments making him nearly unstoppable.

Colossus has been depicted in multiple X-Men films  and cartoons.  Colossus was played by Daniel Cudmore in X2: X-Men United, X-Men: The Last Stand, and X-Men: Days of Future Past.

Actor Andre Tricoteux plays  Colossus in the film Deadpool. and its sequel Deadpool 2.   Colossus sees Deadpool causing havoc on a highway.  He goes to bring Deadpool in with Negasonic Teenage Warhead.  The two become embroiled in Deadpool's battle and end up helping him defeat the villain Ajax.

Daniel Cudmore is returning to the X universe in X-Men: Dark Phoenix however he may be playing a different character and not Colossus.  Possibly Gladiataor? 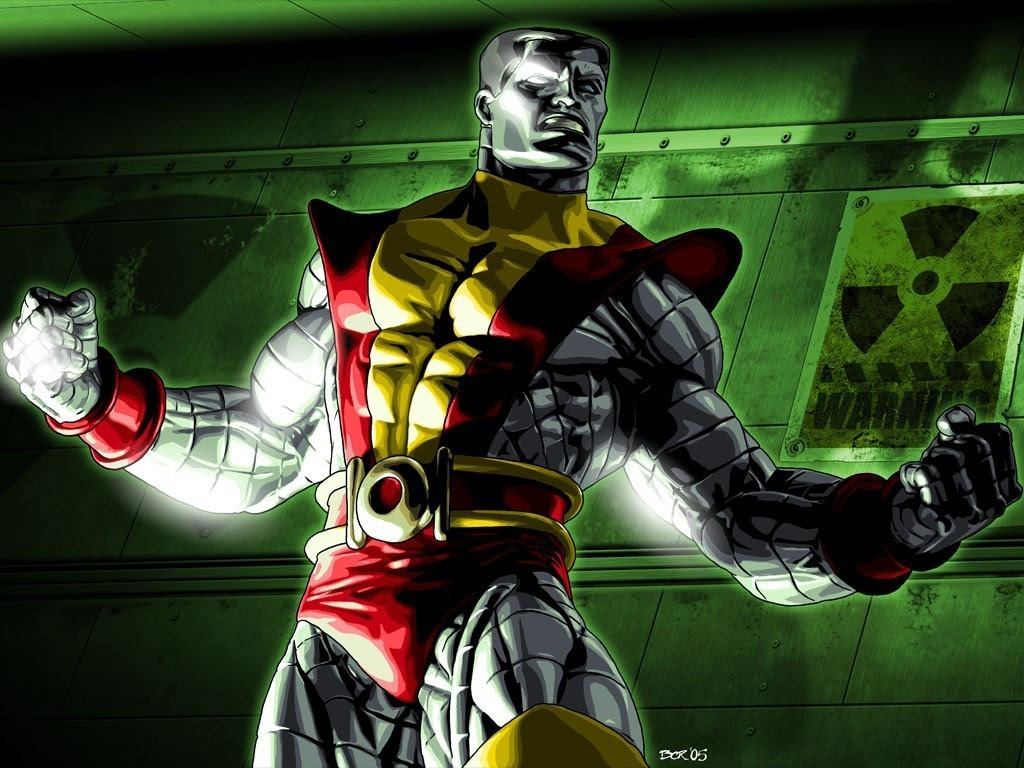 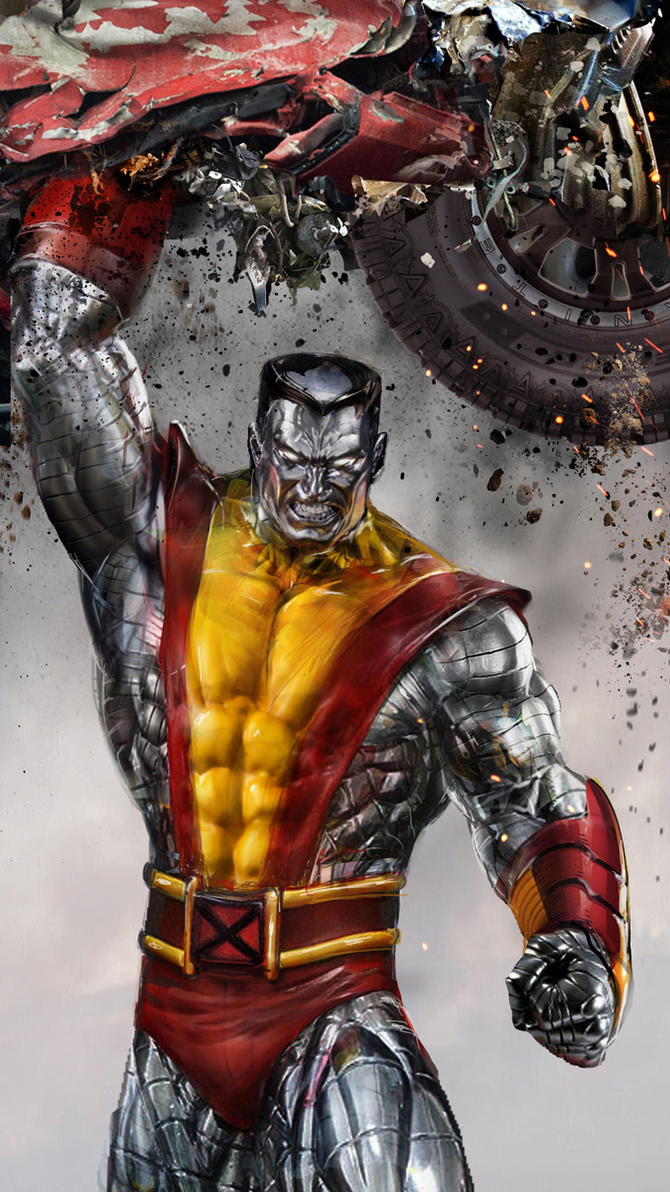 MAKE MINE MARVEL!
Deadpool vs. Colossus