Who is Captain Phasma in Star Wars: The Force Awakens?

Captain Phasma is a villain in the Star Wars universe that appears in the films Star Wars: The Force Awakens and the Last Jedi.  She is played by actress Gwendoline Christie.

Star Wars Store:
Toylab is a member of the Amazon Affiliate program allowing us to post links to awesome Captain Phasma toys, comics and merchandise like those below:

Captain Phasma Bio:
Not much is known about Captain Phasma but she wears a distinctive chrome plated version of Stormtrooper armor.  She is shown with the highest ranking members of the First Order indicating that she is a leader amongst the organization.  She is considered one of the main antagonists in the film along with dark Jedi Kylo Ren and General Hux.

Captain Phasma leads an assualt of Storm Troopers on a village in Jakku where Poe Dameron is captured.  During this assualt one of her Storm Troopers Finn  suffers a crisis of concience and defects.  She catches Finn without his helment on and repremands him.  Later Finn escapes with Poe Dameron.

While leading an assualt on the Star Killer base Finn, Chewie and Han Solo capture Captain Phasma.  They force Phasma to lower the shields on the base which allows Poe Dameron's fighter to begin firing upon the base.  When deciding what to do with Phasma, Han Solo asks "Is there a trash compactor?".  Finn replies smiling that there is.  Phasma's fate is not clear in the film Force Awakens however she is revealed to be alive in the film the Last Jedi.

Star Wars: The Last Jedi — Captain Phasma a comic of Captain Phasma  reveals how she survived the trash compactor.  Phasma is freed during the events of the attack on the Star Killer base very quickly from the compactor.  Embarrased about being captured she furiousily begins to cover her tracks in order to salvage her reputation.   She seeks out the one officer who accessed the records to see that it was her who aided the Resistance and kills him.    This allows Phasma to maintain her rank as she enters the events of the Last Jedi.

Plasma is depicted as a true believer in His and the First Order.   She made her armor from metal from the Emperor's Naboo Yacht salvage. 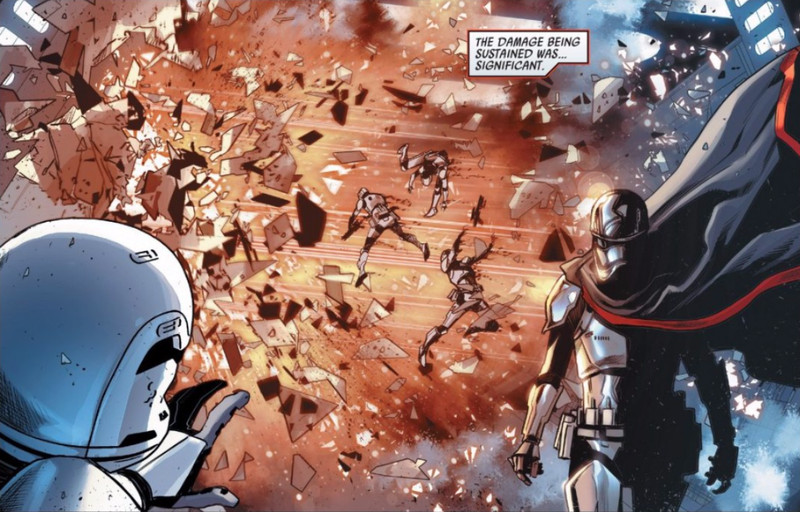 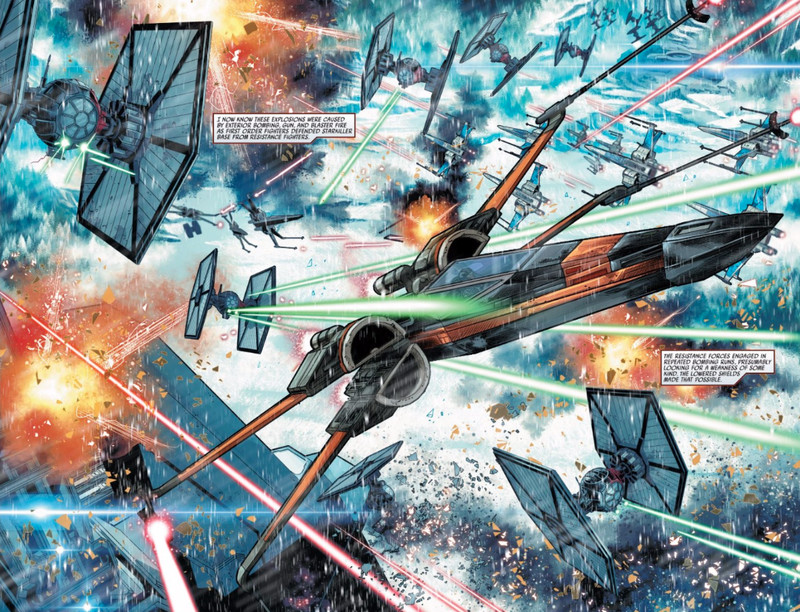 Toylab Notes:
It has been speculated that Captain Phasma could be Force Sensitive.  Not a full Jedi but a person that can still use the force a small amount perhaps without consciously realizing it.

Actress:
Captain Actress is played by Gwendoline Christie of Game of Thrones fame.

Who is Kylo Ren?
Who is General Hux?
Who is Finn?
Who is Rey?
Who is Captain Phasma?
What is the First Order?
on December 14, 2017