Who is Ajax? (Francis)

Who is Ajax? Deadpool Villains

Ajax is a villain of the anti-hero Deadpool.  He is one of the main villains in Deadpool's origin story.  Ajax has killed Deadpool twice but each time Deadpool regenerated from his critical wounds. Ajax will be featured in the film Deadpool (2016) and played by Ed Skrein

Death Appearance:  Deadpool #19 (Could come back)

Ajax News:
The Deadpool Movie Hub! watch out for grenades......whoops

Francis is an enforcer at the "Workshop".  The Workshop is a lab run by Doctor Killebrew.  The Workshop is full of washout and rejected super people from the Weapon X program.  As Weapon X had no use for them they were sent to the Workshop to be experimented on, dissected, and eventually killed.  It was in a effect a hidden dark site hospice the eliminated super soldier experiment failures, while attempting to research better ways at creating them.

Wade Wilson ends up in the Workshop after his added healing factor appears to not work.  He taunts and teases Francis making an enemy of the enforcer.  Francis sets in motion a plan where Deadpool is forced to mercy kill an inmate, a break in the Workshop's rules, and punishable by death.  After Wade Wilson breaks the rule, Francis attacks Wilson and rips out his heart, seemingly killing him.  Rather than dieing however a heart regenerates in Wades chest, his healing factor finally triggered.  Wade takes on the name of Deadpool as the survivor of inmates death pool in the Workshop.  Deadpool hunted down Francis and kills him.........or so he thinks.

Francis survived Deadpool's attack and further upgraded himself to become the cyborgnetic monstrosity known as Ajax.  As Ajax all of his powers were increased by a metal suit and he began hunting down and killing everyone that had anything to do with the workshop.  This ended in a confrontation with Deadpool and Killebrew who joined forces to bring him down.  Killebrew managed to burn away a section of Ajax that exposed nerve wiring.  Deadpool later lured Ajax into water where he short circuited and died.

Ed Skrein talked to Digital Spy his role as Ajax as well as his upcoming film Transporter Refueled about the look of his character for the film.  He explains how the version on the screen will be based off the first version of the character but not large suited version that comes back.

So do not expect a metal suit on Ajax.  Just expect a really bad ass fighter, that is strong, cruel and hyper fast.  Skrien also went on to explain how he felt the Deadpool movie was going alter the formula of the Super Hero film.


"It's a lot edgier than the stuff that you'll normally see. That was a priority for us from the beginning. We'd been so blessed and we're so lucky to have had all these superhero movies so far, but we possibly have become saturated by them so they're possible coming formulaic. Also, they're maybe not quite as faithful to the actual feeling that we had when we were 13 years old and reading comic books, like 'I can't believe he just chopped someone's head off and said something like that, and then stabbed someone in the eye, and then ran off and did all this crazy stuff!' 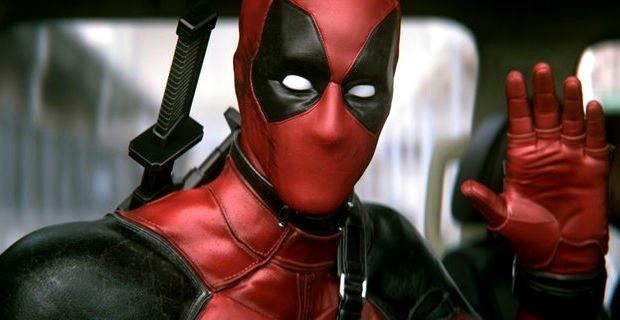