Update:
Delroy Lindo has been cast as Dominic Fortune.

Fernanda Andrade has been cast as Christina Santos the tough nosed niece of Dominic Fortune.

Oded Fehr cast as unnamed villain.  Villain said to be well know Marvel villain.  Rumors swirling that he could be Taskmaster. 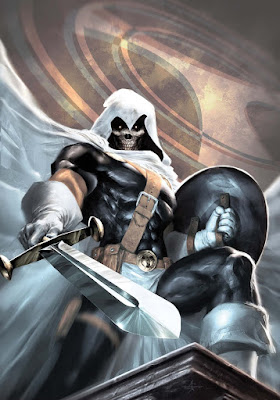 Original Post
Variety has revealed that ABC is creating a series called "Marvel's Most Wanted"  the show will feature Bobbi Morse aka Mockingbird (Adrianne Palicki) and her former Husband agent Lance Hunter (Nick Blood).  A show was hinted at earlier but it sounded at the time as if ABC went in a different direction.  Now it seems they have given the show the greenlight.

We can expect the show to carve out some new territory as well.  Variety says that the show should not be considered a spin off but a new show that focuses on two characters of Agents of SHIELD.  I think this is good because there are a ton of existing awesome stories and characters in Marvel outside of what their main projects are focusing on.

Jeff Bell and Paul Zbyszewski are listed as co-creators, co writers and will serve as showrunners.

What will the show be about?  I don't know and very little details have been revealed other than the two main characters.  The name though does make me think about the Thunderbolts.  One interesting aspect of the Thunderbolts is that their one time leader, Baron Zemo is going to be the main villain in Captain America Civil War.  Could fall out from Civil War lead to the creation of a superteam of villains and persons non gratas?   Its just one of many possibilities.