Zach Snyder shows up to Comic Con in the Batmobile

Want to make an entrance to Comic Con?  Well try to follow this up.  Zach Snyder the director of the upcoming film Batman Vs Superman: Dawn of Justice drove up to the line of fans going to see the panel for his film in a .........BATMOBILE.

Yes, thats how you make an impression.

He also began throwing out t-shirts to fans.

For perspective on this the fans in line for Hall H (The big movie panel room) have often been waiting in line for days.  So its cool for a director to acknowledged these hardcore fans in this way with something like this.

The panel and release of the trailer also made quite the splash at the con. 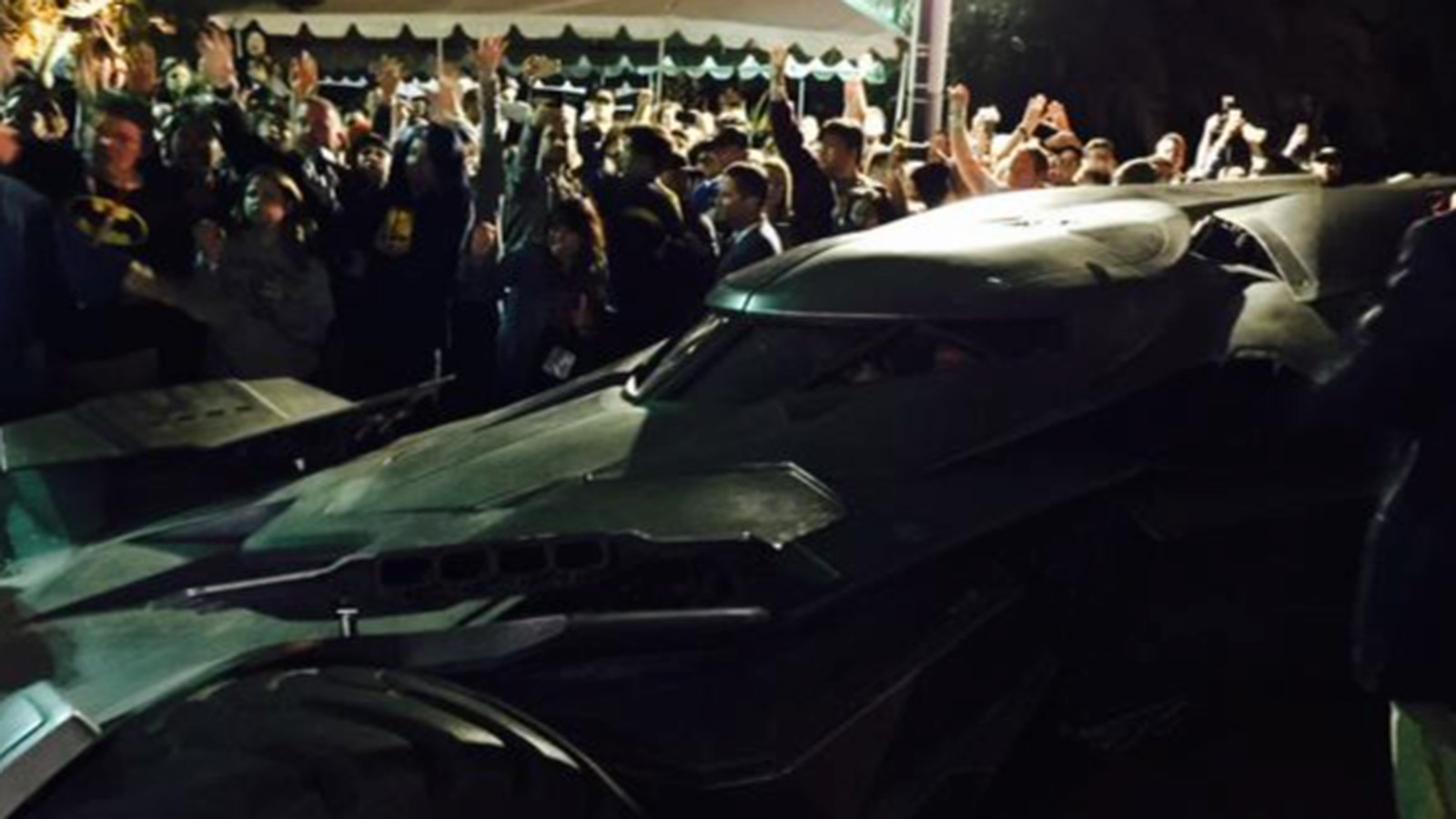