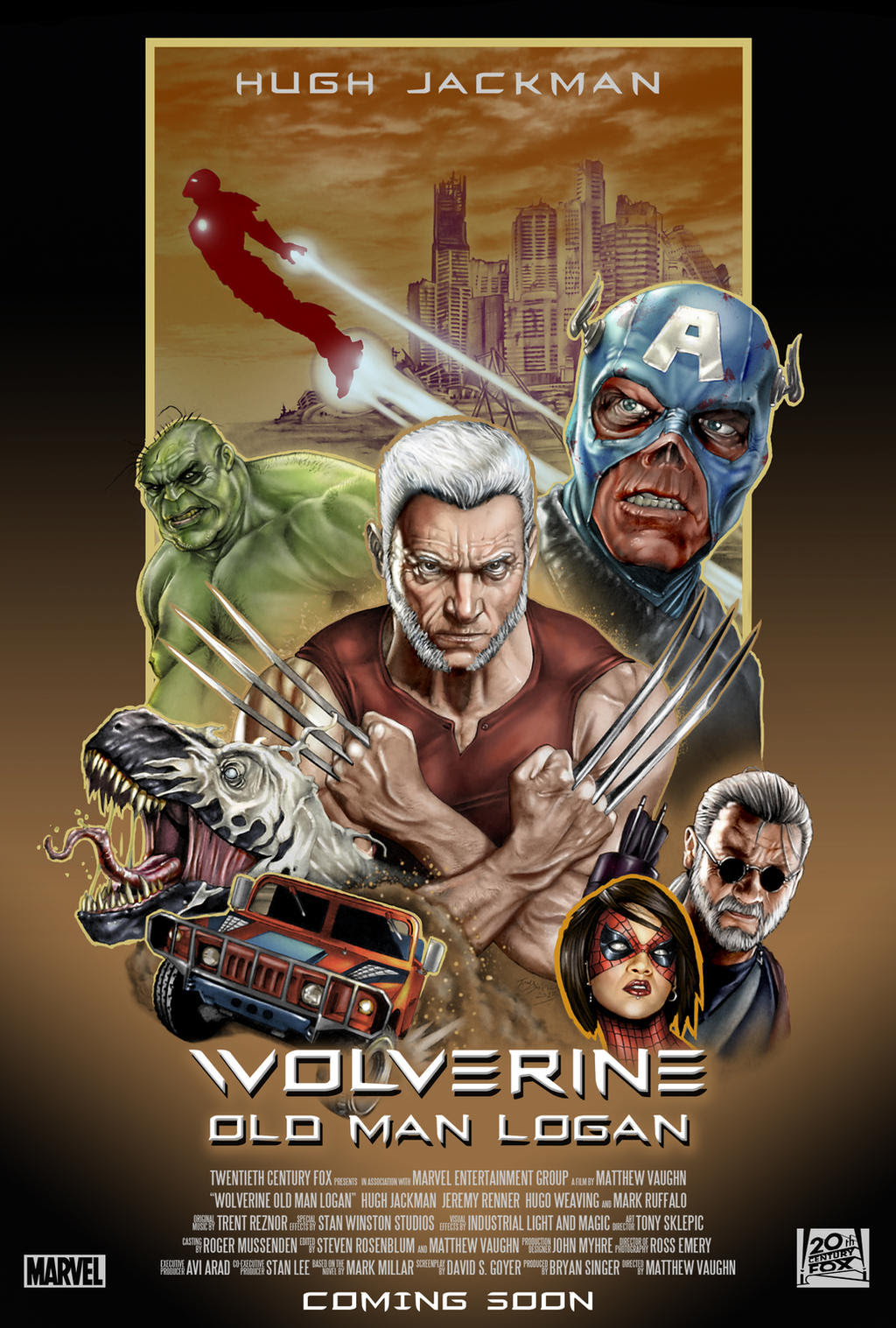 There is some speculation that Hugh Jackman's last Wolverine feature will be based off the Old Man Logan story.  This is an idea I approve of.  To many who have not read it, Old Man Logan seems bizarre.  Why would anyone want to see a movie about a geriatric super hero.  Those that have read it though, know its one of the best stories to come out of Marvel during the past decade.  This would be an excellent way to say farewell to Hugh Jackman's Wolverine.

There is one obvious difficulty in converting the story for film.  The Old Man Logan story features a slew of characters that are in the MCU.  Perhaps, Fox can strike a temporary deal, or they will need to convert story around the properties they do own.  The primary characters that he interacts with are Hawkeye, Hulk, Red Skull (Wearing Captain America's garb).   Emma Frost also appears.

The fan made poster above shows the different actors from the Marvel films in their super hero role in the Old Man Logan story.  It includes an older Hugo Weaving as the Red Skull, Ruffalo as the Hulk and Renner as Hawkeye and obviously Jackman as Wolverine.

What do you think of the poster?  Also who would you switch from the Fox license into these roles?