All kinds of amazing, silly, sexy, awesome and downright crazy Cosplay was on display at San Diego Comic Con.  Here are some pictures of stand outs. 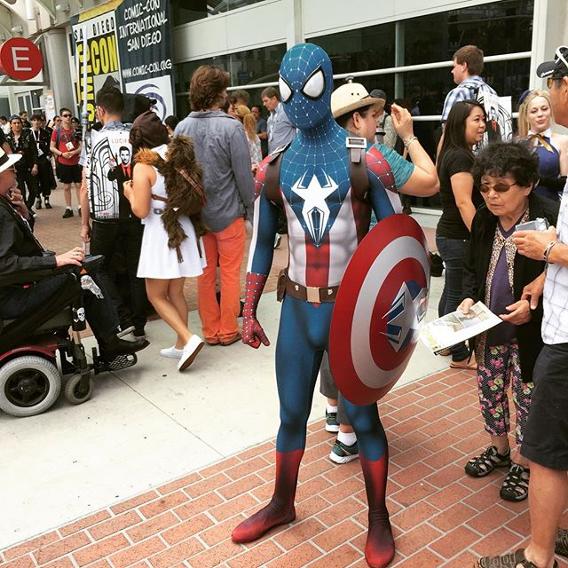 Harley Quinn in the new costume from Suicide Squad

A Titan from the upcoming Attack on Titan

A Powergirl that really resembles a cover.  I'm trying to remember the exact cover but this is dead on.

I love this Matt Murdoch based off the Netflix series