Who is Heath from the Walking Dead? 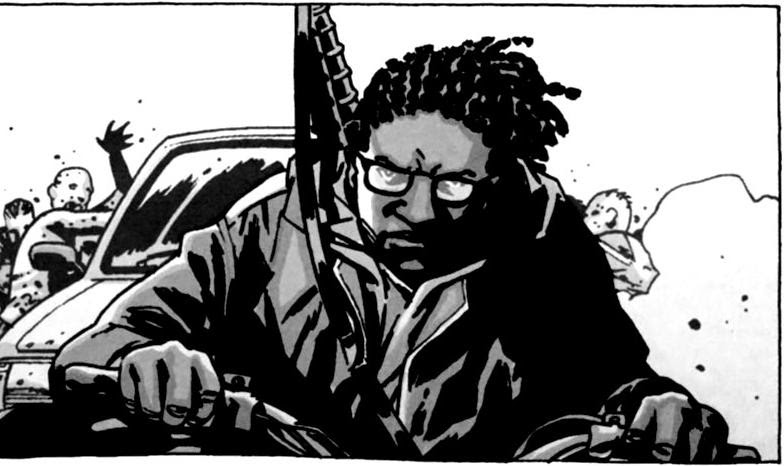 Heath is a character in the Walking Dead comics and TV show.  He is a member of the Alexandria Safe Zone Community.  He will appear in Season 6 of the Walking Dead and be played by actor Corey Hawkins.

Bio:
Prior to Zombie Apocalypse: Unknown at some point comes into the Alexandra Safe Zone community.

Heath is one of the first members of the Alexandria Safe Zone community encountered by Rick Grimes & CO.  Heath is working on Alexandria's supply running crew when he is helping his fellow runner and friend Scott escape a pack of zombies.  Scott had fallen and broken his leg.  Rick, Abraham and Aaron respond and terror the zombies to shreds saving both Heath and Scott in the process.  Heath is impressed by this and forms a favorable impression of Rick and his followers.

Heath interrupts Regina Monroe when she questions why Rick's group has been given admittance to Alexandria.    While Regina is scared for the newcomers, Heath vouches for their bravery and says they are good people.  Douglas Monroe at this point says he believes Rick to be the communities salvation.  Heath is not sure and says he is worried that Rick could be another Alexander Davidson (Former corrupt leader of Alexandria).   This causes Regina panic, and makes Douglas freak out.  Douglas throws Heath to floor but then apologizes for losing his temper. 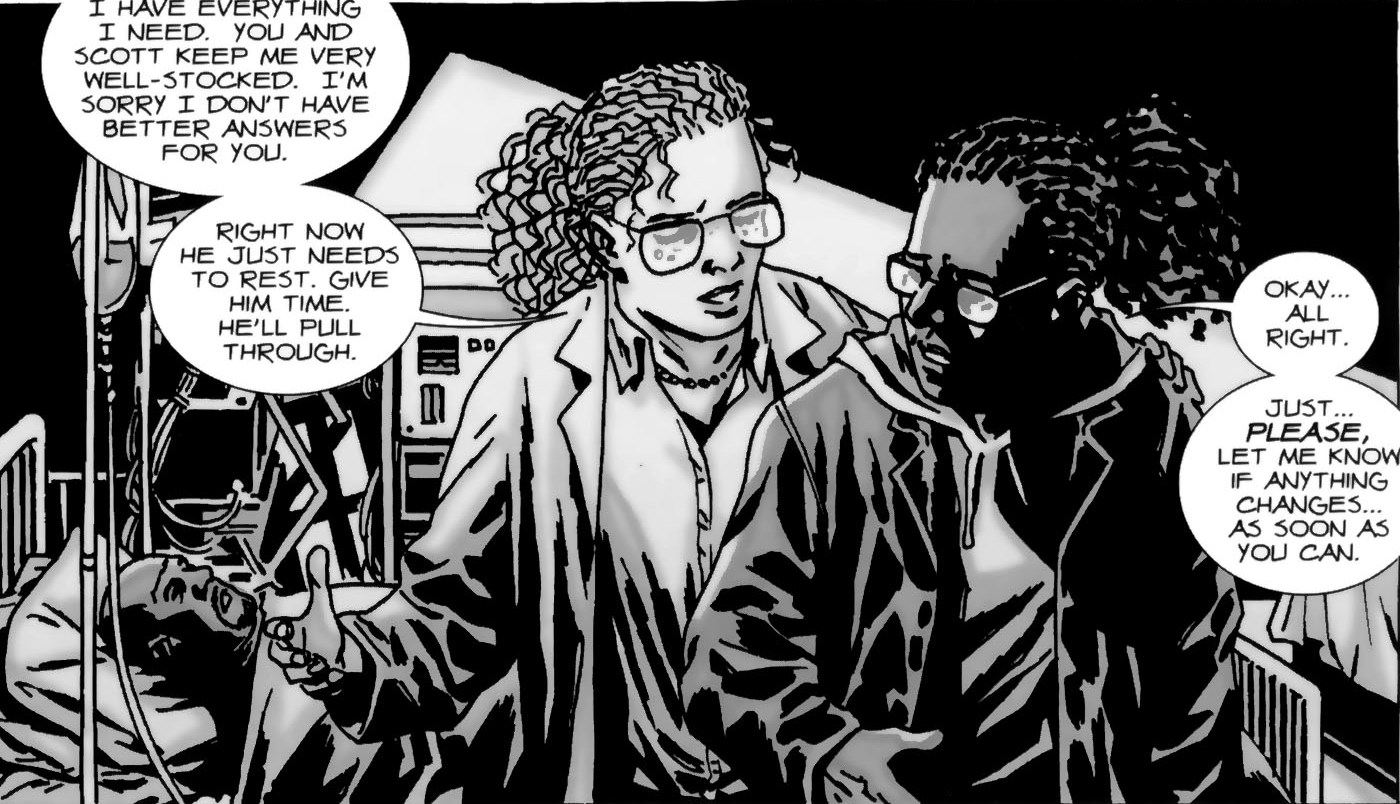 Heath then appears at Scott's bedside and then again at the house warming party for the newcomers. On both occasions he speaks to Denise and the two appear to be flirting.  The two slowly form a romantic relationship.

As Scott is now injured he can not go on supply missions so Glenn joins the supply
Heath and Glenn go on a supply run mission to a nearby pharmacy.  The two are trapped on a roof of a building that is surrounded by zombies.  Both are confused as to what would draw such a large group of zombies to the area.  As they spend the night, Glenn sees there is another group holed up in the area (The Scavengers) who have drawn the horde. The two are horrified as the group's leader sacrifices one of their members so that the rest can escape.  This group then follows Heath and Glenn back to Alexandria.  This violent group called the Scavengers attacks the city but is repelled by Rick and the sniper shooting Andrea.  This event solidifies Rick Grimes as the leader of the community.

Heath is part of a dramatic rescue attempt to save Andrea from a watch tower after the community had been invaded by as massive herd of zombies in the story No Way Out.

Nicholas is approaches Heath looking for members to join an uprising against Rick.  Heath tells him to calm down and Nicholas then points a gun at Heath.  Nicholas calls Heath a traitor to the community and that he should be exiled along with Rick's group.  Rick arrives and convinces Nicholas to give up his rebellion.

Denise and Heath begin a full on relationship around this time.  Later, Michonne tries to seduce him but he turns her down.

Heath is among the group that is kidnapped by the Saviors.  He watches in horror as Glenn is killed by Negan.  Heath is active as a soldier during the All Out War Story where he hopes to defeat the Saviors and avenge Glenn.  During All Out War Denise is bitten on the arm but sacrifices herself to rescue Heath and amputates his leg.  Heath watches as Denise succumbs and eventually is killed by the bite.

In the New Beginning Storyline Heath is shown working on the cattle herding crew and is still coming to terms with his life without Denise.

Heath is played by actor Corey Hawkins.  Hawkins is known for his work in the series Straight Out of Compton.  Heath will appear in The Walking Dead season #6.  It is unknown if we will be different than in the comic series.


Groups
Who are the Saviors?

Places:
Sanctuary - Base of the Saviors
Alexandria Safe-Zone

Other:
Why do people like Zombies?
Happy I am Zombie Day!