Secret Invasion was a storyline where the heroes across the Marvel World had been replaced by Skrull aliens for years in some cases.  No one knew who was a  Skrull and who was still human. The set up was good and well thought out it made for what in my opinion was the Best Marvel Event EVER!

On top of the Who do you Trust posters done by Greg Horn, there were other posters with the slogan Embrace Change.  The Embrace change postered showed humans and skrulls interacting.  They created a sense of unease as you were literally looking at Skrull propoganda.  These promos were put on a website called Embracechange.org.


Here is a sample of some of those posters. 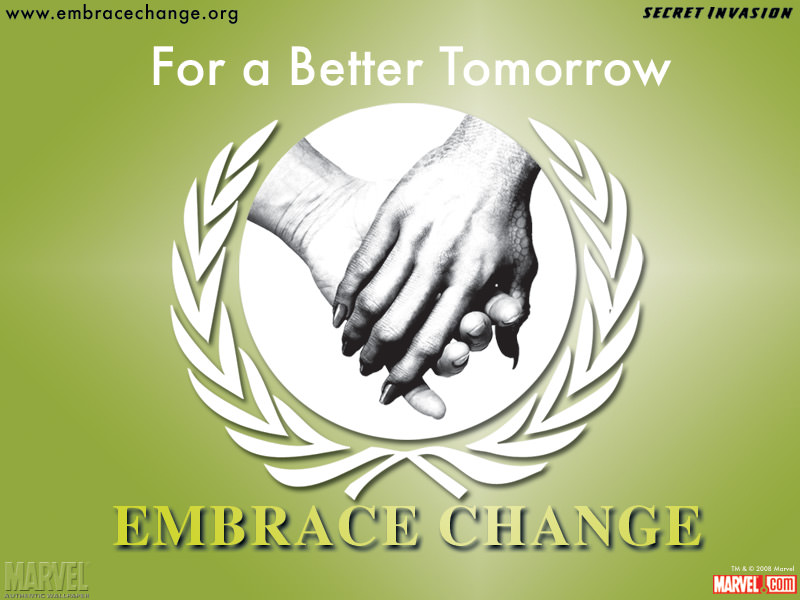 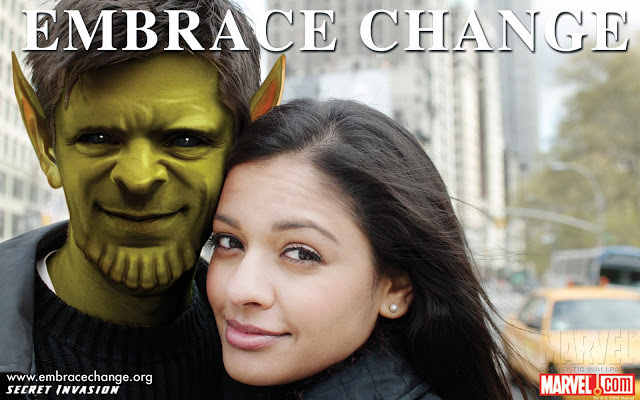 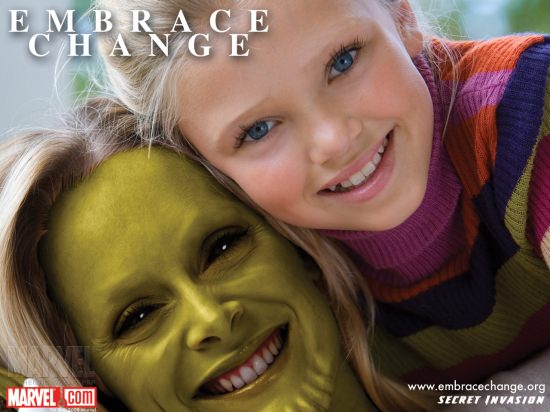 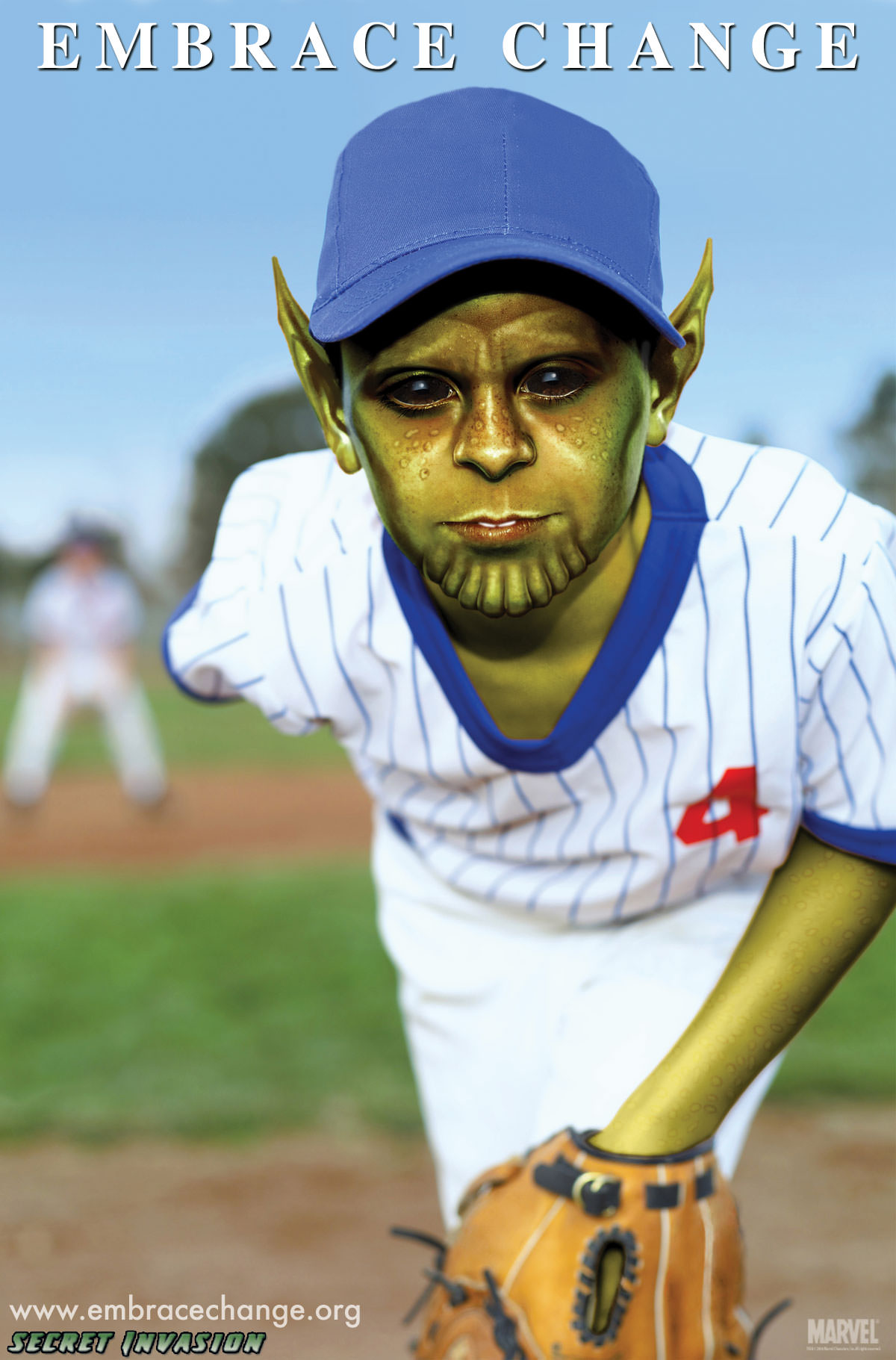 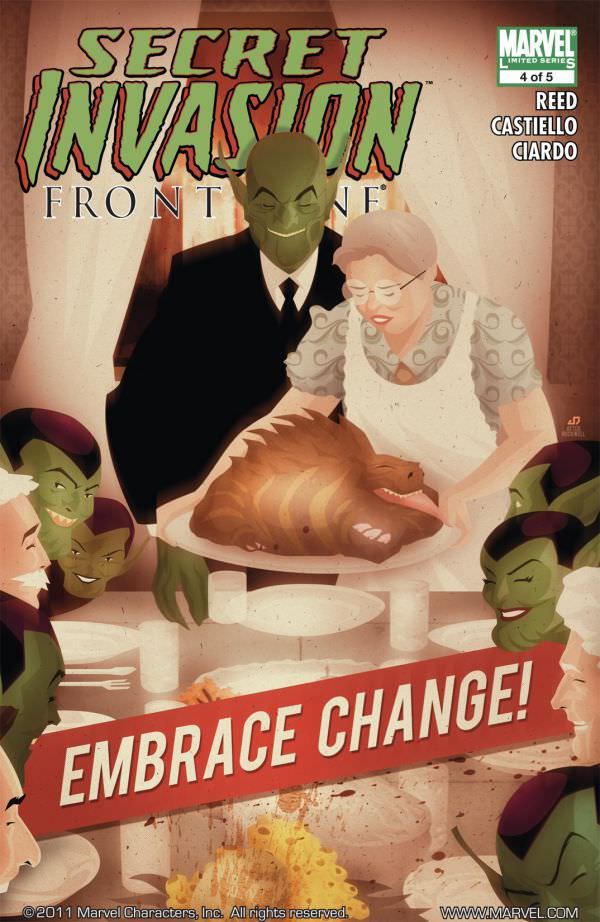 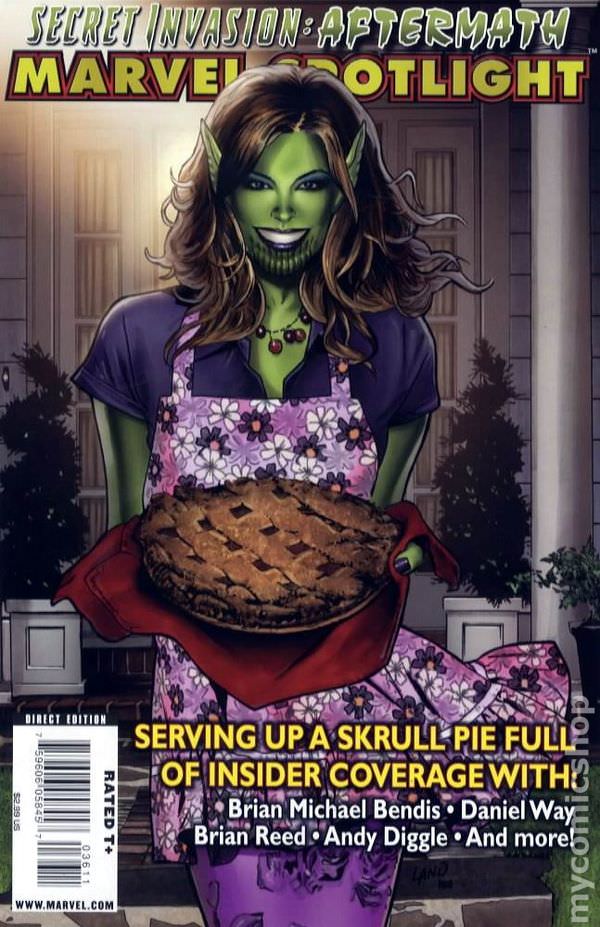 Related:
Who are the Skrulls?