This is a hard story to review without giving too much away.  The premise itself is so crazy that is half the fun.  Beware I will talk about the series and start giving a few things away.  No page here is wasted and everything in this part of Battleworld is very interesting.

Lets start with what is wrong with the series.
Whats wrong not much.   In fact the only thing I will cite here is that if you are expecting a lot of Hulk action you won't get it.

Whats Right?  Soooooo sooooo Much!
First its epic in scope, yet emotionally simple, well created characters with a fast paced plot.
One man and his faithful steed against the world!  The main character is dynamic and interesting with an amazing partner, in an insane situation that gets even more crazy.

Steve Rogers and his pet T-Rex (Devil Dinosaur) are gladiators in the Killesium (Arcade's Gladiatorial Arena), where they have just finished mopping up a gang of Wolverines.  This gladiator Steve is honorable like his known 616 counterpart but has willingly participated in the Killesiums blood sports in an attempt to gain information on his missing friend, Bucky.  Doom is willing to give Rogers not only information on Bucky, but Bucky himself but with a catch.  It seems that Bucky was sent to Greenland (Land of the Hulks) to assassinate the Red King.  Now Doom wants Rogers to undertake the same suicidal mission.

At the end of the series it appears as though one more character may join Rogers and Devil Dinosaur in their quest to take down the Red King.

As if this great story was not enough there is a second story that explains how Greenland was created.  In an attempt to stop a nuclear bomb Amadeus Cho inadvertently overloaded his world with gamma radiation causing the whole populace to turn into big angry Hulks.  The gamma radiation also caused the local beasts to turn into Hulked out versions of themselves.

On top of the great story the art in the series is also good.  It showcases the crazy characters and the action very well.  The line work has a roughish style that gives Rogers a tougher more grizzled appearance.


Secret Wars Tie Ins:
The Story takes place in the Battleworld realm known as Greenland on the map it is listed as #1.
This is a chaotic realm full of crazy Hulks. 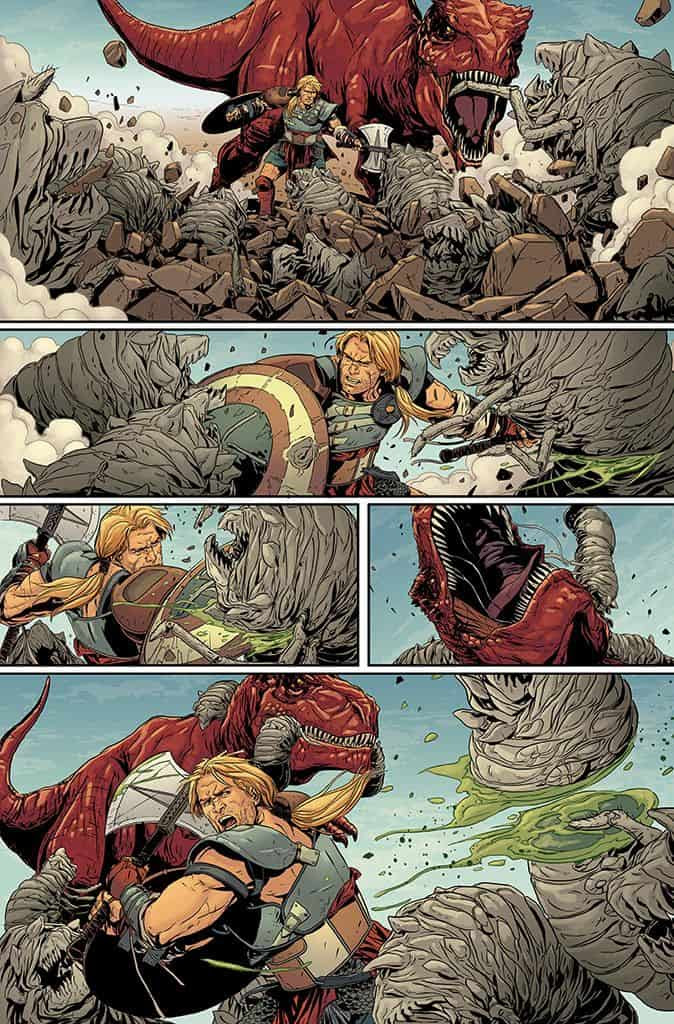 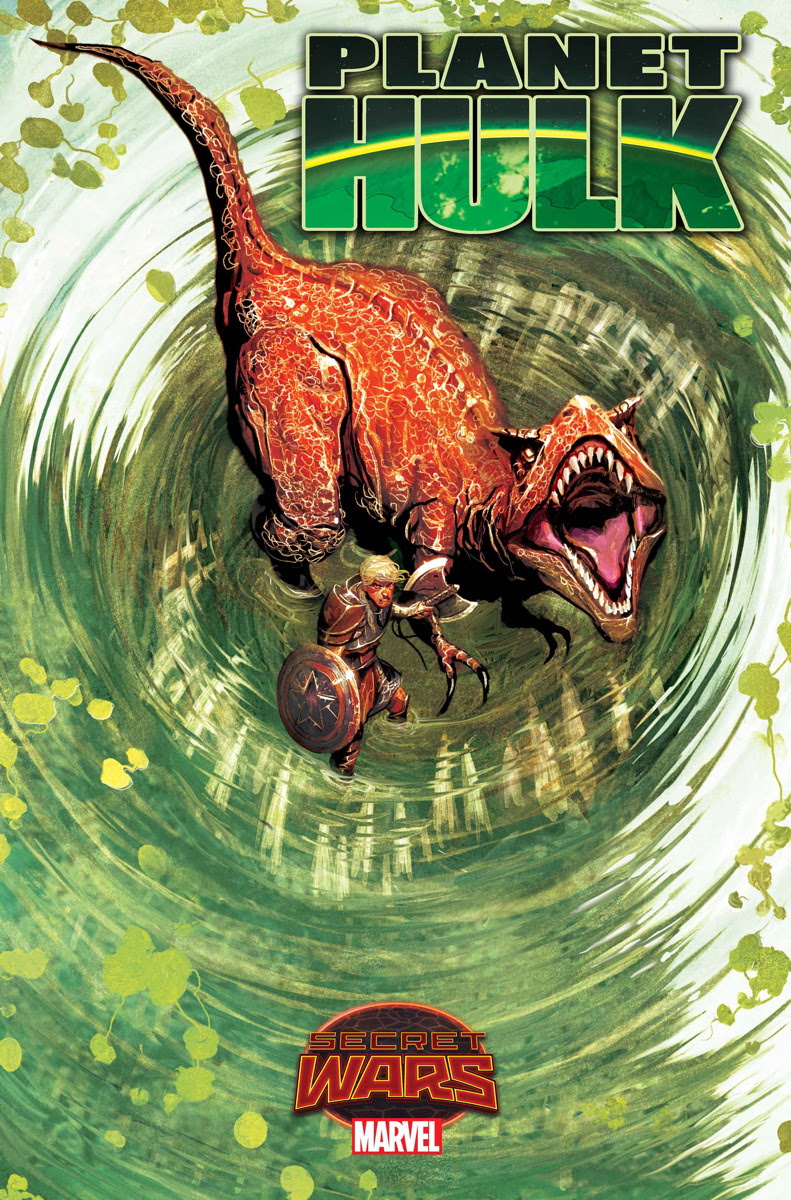 
Related:
All Secret War comic Reviews!
Take a walk on the Secret Wars observation deck - watch the chaos unfold!
Take a Tour of Battleworld!
Who is Devil Dinosaur?
on September 08, 2015