There has been a whole slew of Green Lantern casting rumors bouncing around lets take a look at them.

Toylab has two pieces of advice for those making the film:

1) Avoid big headed villains or nebulous cloud villains as they rarely work on film.
2) Get into freaking space!


"Pine was rumored to be a candidate for Hal Jordan way back when we realized Ryan Reynolds would never float in a green suit again, and the rumors of Pine circling Wonder Woman were actually Pine closing in on the role of Hal Jordan."

According to this rumor DC is intending for Pine to play Hal Jordan but covered it up with tieing Pine's name to a role in Wonder Woman.  Now given the choice I think most actors would rather go after Hal Jordan than a Wonder Woman love interest role.  That said the last Green Lantern film did damage to the role.  I personally think the character of Green Lantern is very salvageable but he needs a very different story than the heavily encumbered, slow origin tale in the last film.  Bottom line is I think a great Green Lantern movie is very possible. 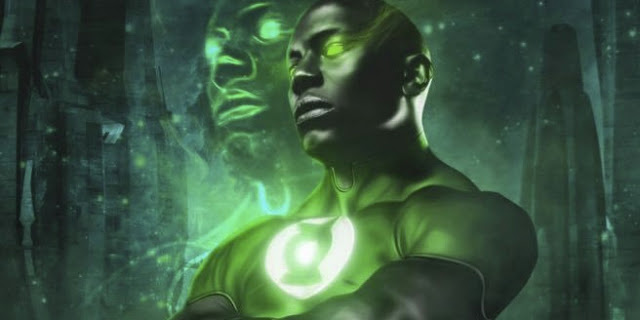 Meanwhile there has been a wide variety of fan art of Tyrese Gibson in the role of Green Lantern.  The actor said the art was good enough that he began seeking out whether he could actually land the role of John Stewart.  John Stewart is an African American Green Lantern and one of the first African Heroes of all time.  Gibson has said that the fan art and his own interest have generated a meeting with Warner Brothers.

When asked by E, Gibson responded:

"There are certain things I can't speak on, but I will say, however this works out, it's definitely the fans' fault. I was at home minding my own business and fans start creating these fan-made videos of me as Green Lantern and I looked into it. I've been a fan of the Green Lantern. I took the oath, and I had a meeting at Warner Bros. and certain things were said and talked about. We'll just see what happens."

"Listen, these muscles are here and they're ready to be used. There are lot of people, domestically and internationally, who's got love with your boy... I'm coming into this thing with some fans and some box office receipts behind my name and I say that proudly and humbly. I just think I deserve a shot at suiting up and becoming the Green Lantern."


When asked whether he could appear at a WB panel at San Diego Comic Con, he responded:

It is hard to say if Gibson has been hired, is being looked at, or is playing a game to gin up excitement by his fans.


Gibson also posted the following showing both a Hal Jordan - Chris Pine and a John Stewart - Tyrese combined.  Part of me could see a Hal and John Stewart film working I'm not sure if thats in the cards but I think that would be very cool.  I could also just a Hal film or just a John Stewart film.  A lot of different ways this could go.


Here are some of the fan made art of Tyrese as John Stewart.  A lot of this work is top notch amazing.  Tyrese if you get the role you need to send these guys at least a headshot with some love on it, and maybe a Power Ring :)  Also I have to give props to Tyrese though for not squandering this opportunity and going full in on it.  He has said all the right things (Even giving himself a little geek cred by knowning the oath) and I hope he get at least a fair shot at the role. 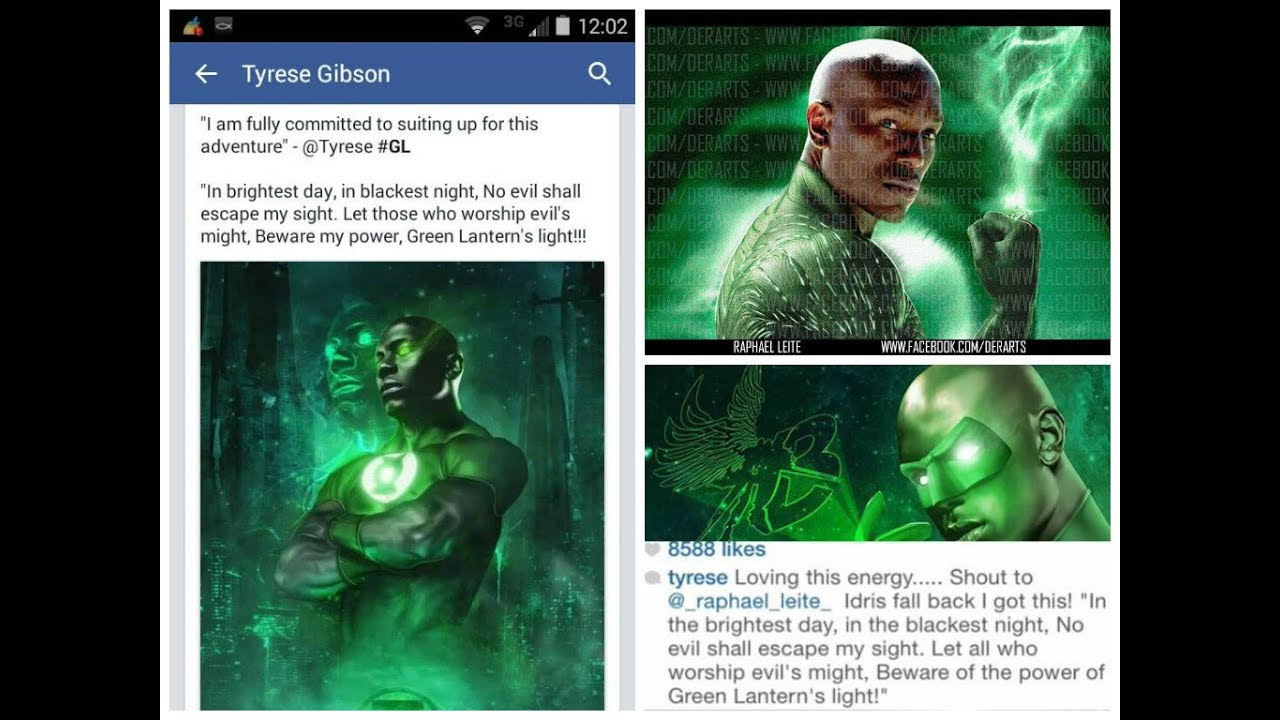 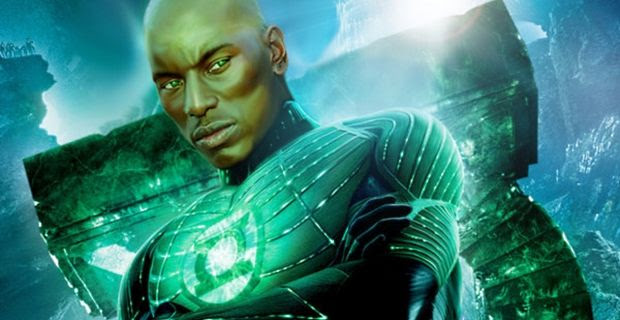 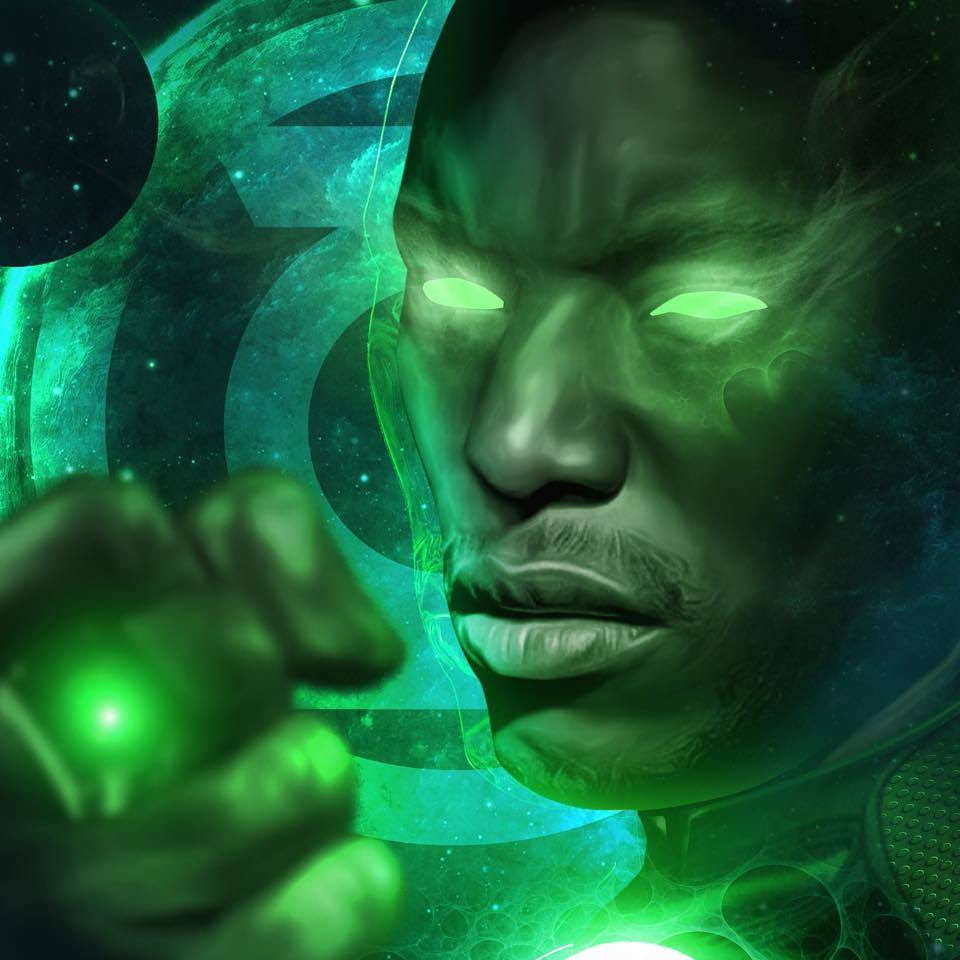