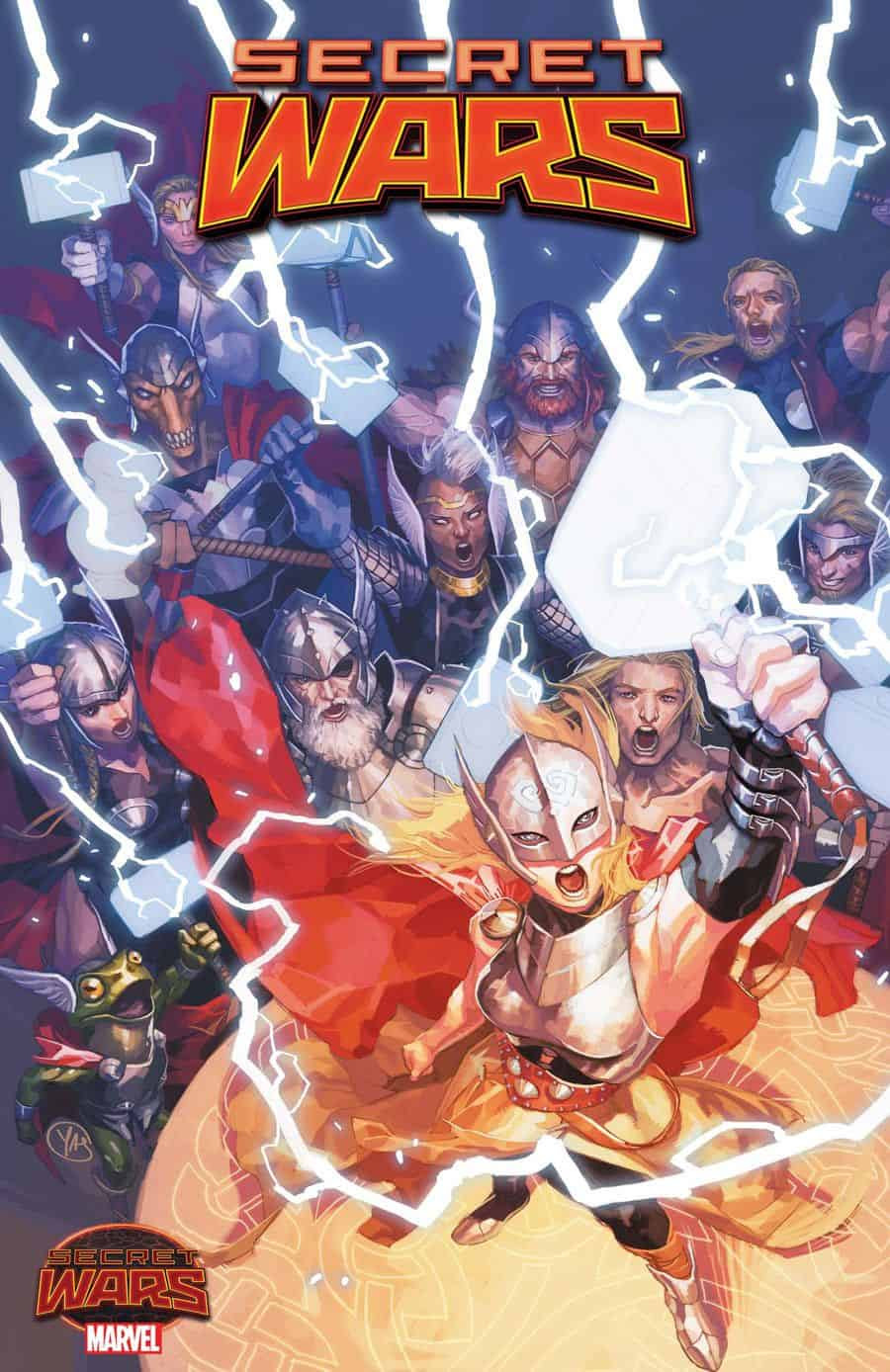 Secret Wars has kind of become Thor's version of the Spider-Verse.  Every single type of Thor that has ever appeared in comics is here as well as a whole slew of new versions.

Thor from every dimension have been pulled together into an army / police force and are used by Doctor Doom now God Doom to police actions in the realms of Battleworld.  How do all of these versions come about?  I recommend not thinking too hard about it, just have fun.  I think its safe to say when you have an infinite number of universes just about anything in range of conception can occure which helps explain these different versions.

Here are some of the fun versions that show up.

WarMachine Thor of Armor Wars
This is a version of Rhodey Rhodes that is a Thor that has become accustomed to using both an armored suit and the Hammer.  He serves as the Marshal of the Iron Man themed Technopolis realm.

Groot Thor
Groot Thor shows up in the Battleworld theory.  I do not know much about him other than he looks cool. 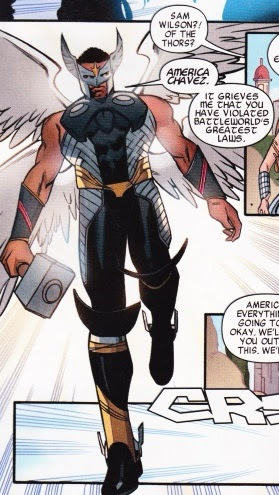