Review: Avengers Age of Ultron is better than Donuts! 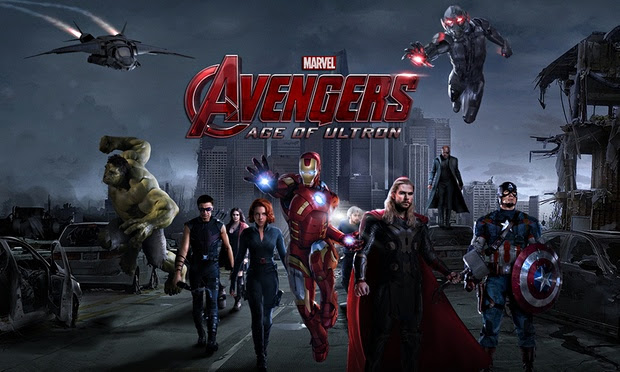 This Review is strictly BGFG (By Geeks For Geeks).  I am not a film studies major, I do not study cinematography.  What I do is read way too many comic books, a lot, a lot, a truck ton of comic books and I consider myself an expert in the Marvel universe.  My film reviews are not intended for everyone but for those who share my passion for the comics from which these films originate from.

( This review contains Some Spoilers)

Avengers: Age of Ultron is good, and I think most geeks will say very good.  It was not however perfect, and the expectations for the movie are so high I think many will leave the theater somewhat disappointed.  The Film currently has a 72% rating on Rotten Tomatoes and a 72% from Metacritic.  I personally rate the film higher.

This film is jam packed with characters, plot points, and Easter eggs.  It not only tells its own story, introduces a multitude of new characters, but it also sets up directly 4 other movies.  These Avengers movies are used to tie together all of the old films but also set up much of the new ones.  The film even seemed to touch upon multiple themes as it touched on different characters.   Its a lot of stuff and frankly I could see this being one of the most re-watched Marvel films due to how much is packed into it. I am going to write a different post just to cover the Easter Eggs in this film.


Overall:
If you are a Marvel fan at all you will like this movie.  Don't build it up too much, expect it to be juggling a lot of items.  The spectacle of this movie is amazing, the characters/actors are awesome, and the stage is just set for epicness.  It really feels like the Avengers in the comics are brought to life and I think that says it all for me.  This is a film that as a young boy reading comics I could not have even dreamed of because there was nothing even close to this.  See it, watch it, and enjoy it.


Related Posts:
Avengers : Age of Ultron - News and Speculation
What is Vibranium/Carbine?

Other important Characters
Who is Ant-Man? Who is the Wasp AKA Janet van Dyne?
Who is Wonder Man?
on May 02, 2015