Agents of SHIELD
Agents of SHIELD season 3 will likely continue to build out the world of the Inhumans and also work toward assembling a "Secret" superteam.

Lets looks at some facts on Season 3 provided by Marvel and Executive Producer Jeffrey Bell.

From Executive Producer Jeffrey Bell with interview with IGN:

Simons being eaten by Kree Monolithic
"And now that she's dead -- [laughs] no, I'm just kidding -- or lost somewhere. Who knows what happened to her? But it seemed like too good of an opportunity not to explore. We love Elizabeth as an actress, and we look forward to seeing what happens to her and how she deals with it. "

Note this comment supports theories on the Kree Stone see:


On Super team:
"the idea of a team of powered people is something we've seen in the show, and I think there's a world down the road where we do our version. We do our version of all these things so they may not be Secret Warriors but there's a whole lot of super-powered people fighting super-powered people. That's not really what we do or what we can even do on a weekly series. But tipping our hats to that direction I think is something we're suggesting there in the new season."

What Secret Super Team will they make?
The show has previously drawn heavily from the well of a team called "Secret Warriors" this is a team that starred Daisy Johnson who on the show is known as Skye.   There are some other teams to also consider here though; Secret Avengers, Inhuman and the New Warriors.  I will explain why I think all of these teams are potentially connected.  My thinking now is that Season 3 will build toward the creation of this team, as they slowly find and add members.  The final team will likely be new to the show and be a kind amalgamation of all the teams I mentioned.


Secret Warriors influence-
The Secret Warriors were a group of fresh powered people pulled together by Nick Fury and Daisy Johnson to battle the Skrulls.  Nick Fury used his super secret Caterpillar files to build the team.  The Caterpillars are people projected to have powers that are not known by others.

In the end of Season 2 as Coulson and Skye discuss the creation of a super team Coulson hands Skye a file.  The file is literally labeled Caterpillars.  This is an obvious reference to the Secret Warriors creation.

The most likely member of the Secret Warriors (Other than Skye/Daisy Johnson) to show up is likely Hellfire. Hellfire is the son of a villain called Phantom Rider and can wield a magical flaming whip.  He is a love interest of Daisy Johnson before he betrays the group.  Hellfire's father was killed by Mockingbird in the comics and with connections to both characters he would make an interesting addition. 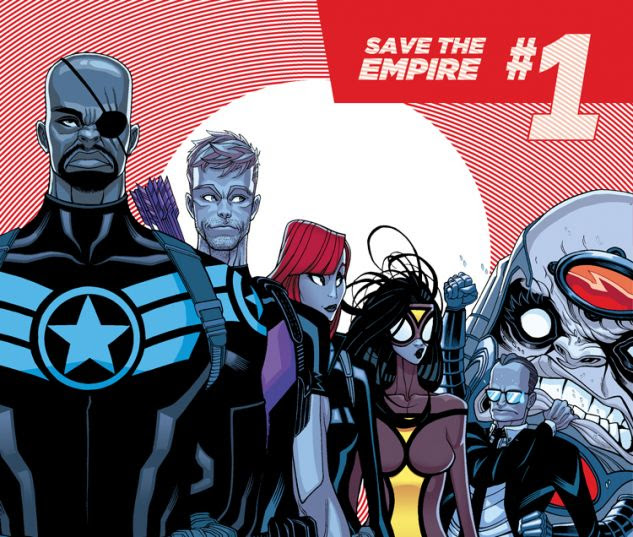 The Secret Avengers team features characters Coulson, Daisy Johnson and Mockingbird.  As these characters are already on the show it seems reasonable that the show could mine some of these stories.  There are a few stories and characters that can be used from this series I personally have my eyes on a couple of the villains that have appeared.  Graviton is featured in Secret Avengers and so is the Taskmaster.  Graviton was hinted at in Season 1 and Taskmaster is a character that would just fit great on the show.

Inhuman -
Inhuman focuses primarily on a group of new Inhumans created from the Terrigen bomb. The Terrigen leaking into the ocean could cause a similar event, and some of these characters could be created.

The New Warrior known as Speedball was a fun character and has long been rumored to show up in the show.   My guess is that they make him a new Inhuman for the show.


Based off all of this I have put together a 6 member super team that I think would make sense for the show:

Projected group members:
What do you think?

Related:
Marvels Agent of Shield speculation HUB
What is hiding in the Gonzalez's SHIELD carrier?
Who is Eldrac the Door?
Answering your Elderac the Door and Agents of SHIELD questions
on May 19, 2015