Kirigi is a Marvel villain known for battling Daredevil, Stick and Elektra.  Kirigi is a one of the most famous and feared members of the Hand a group of Ninjas.  Kirigi is thought to be an immortal Ninja.

Kirigi is one of the most feared warriors of the evil Ninja clan known as the Hand.  In the comics Kirigi does not speak only fights and kills.  He is a highly skilled Ninja Assassin with the power of immortality.  He has been shown impaled by Elektra and even decapitated but continues to return.  Decapitation was some what successful as it required time for the Hand to reattach his head to his body, otherwise he can return to battle quickly.

In his final battle agents of Stick completely destroyed his body which may have permanently ended his ability to come back to life.


Pictures and Panels with Kirigi: 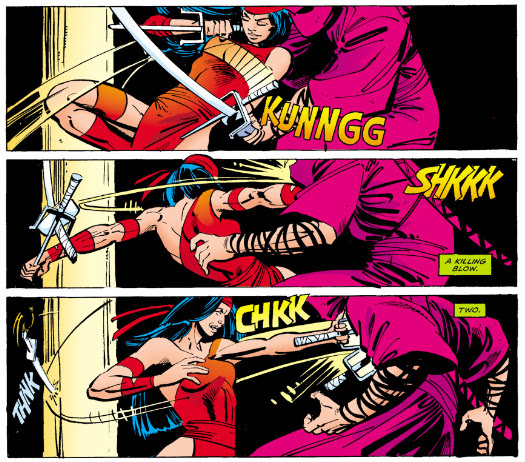 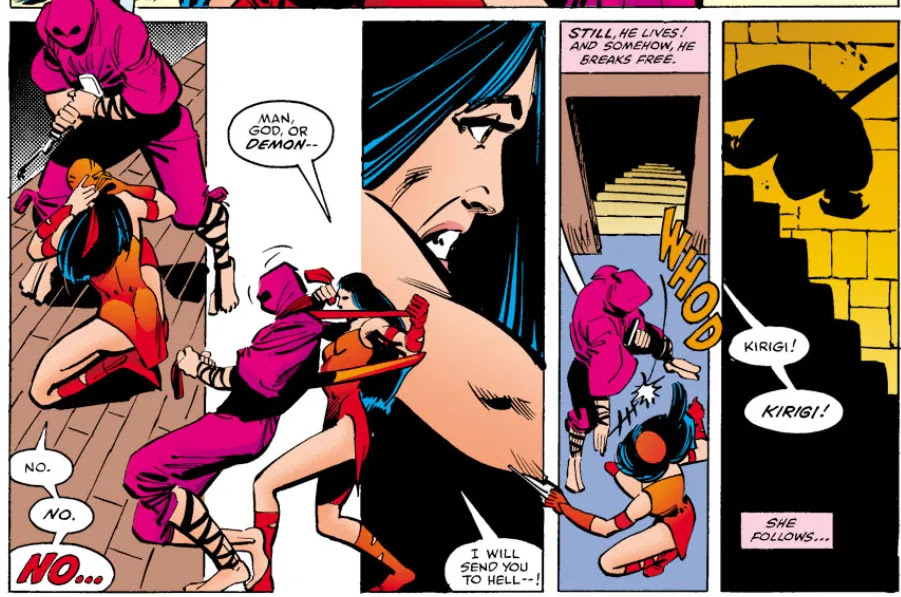 Fox
Kirigi appeared in the movie Elektra (2005) as a villain he was played by actor Yun Hun Lee.  This was within Fox's Daredevil universe that effectively ended when rights for Daredevil and his associated characters were transferred to Marvel. 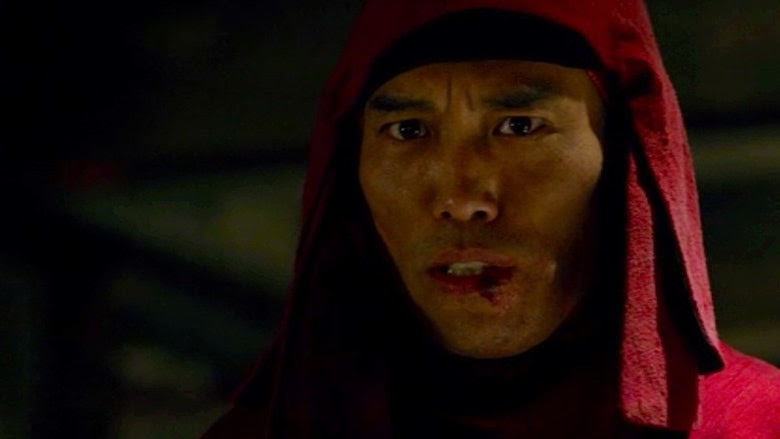 Daredevil Netflix (2015)
In the Daredevil TV/Netflix series a man called Nobu played by Peter Shinkoda.  Nobu is first introduced as the leader of the Japanese Yakuza (Japanese Mafia) however it becomes clear that he is not just Yakuza.  Nobu is connected to a Marvel group of evil Ninjas called the Hand.  They are highly skilled martial artists, assassins and mystics.

The Kingpin tricks Nobu into attacking Daredevil where the two battle.  During the battle Nobu appears as a red clad ninja.  He is apparently killed when caught on fire.  Kingpin is asked what to do about him, and he says "Let him burn".

It is not clear if Nobu is simply a ninja of the Hand or someone like Kirigi.  If he is Kirigi he may very well come back to life.