First Appearance of this team was in: West Coast Avengers #1

Vision receives permission to create a new Avengers team from the government.  Hawkeye takes up the challenge to chair the new team and goes about recruiting its first members.

In the teams first bit of action they make fools of themselves battling the Shroud.  The Shroud is there to simply talk to Tigra when they attack him.  Only Wonderman is able to capture him.


Hawkeye
Hawkeye is the first Chair of the team but struggles to live up to the leadership of Captain America.

Iron Man
Iron Man joins but the man beneath the mask would later turn out not to be Tony Stark but actually Tony's friend, Rhodey Rhodes.

Mockingbird
Mockingbird joins her husband on the team and becomes his most stalwart support, and bitter foe.

Tigra
Tigra joins reluctantly.  She really did not feel that she had what it took to be an Avenger.   She also must deal with her attraction to men, who also tend to be attracted to her.  Iron Man notices early on that Tigra wears a lot less clothes than any other Avenger he has been around before.

Wonder Man
Wonder Man joins and is the rosters most powerful hero but he is also its biggest mental basket case. 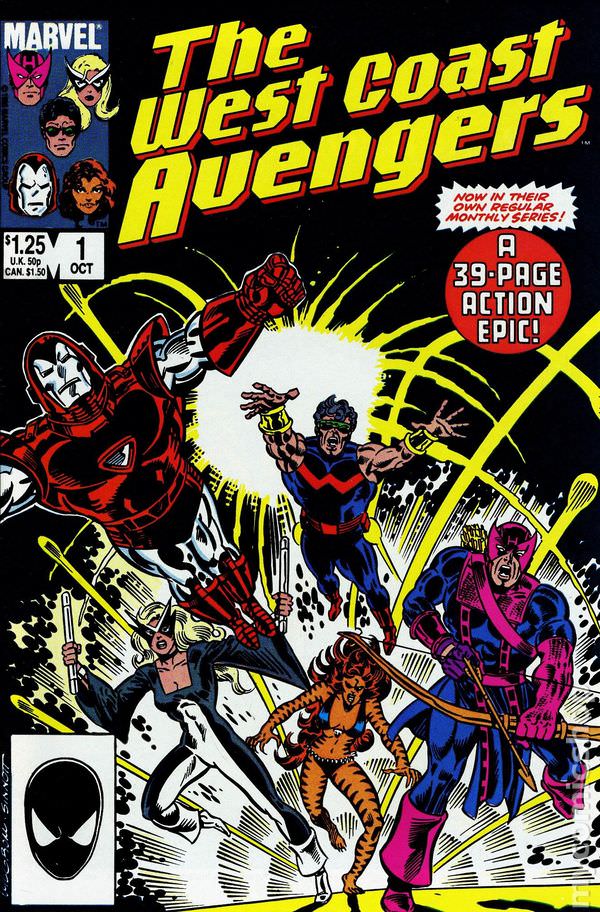 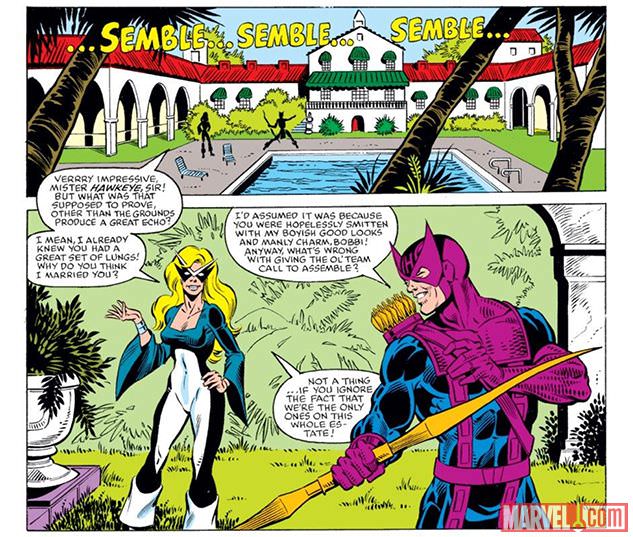 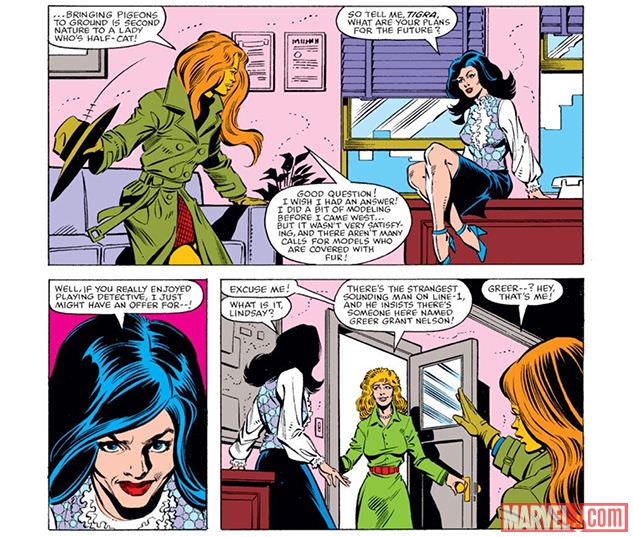 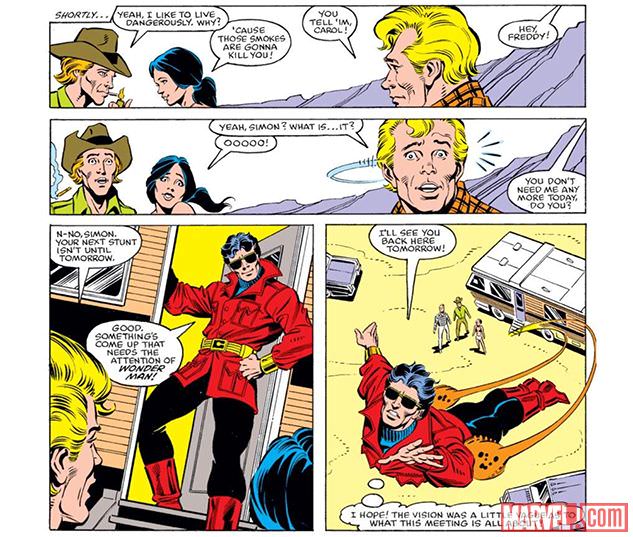 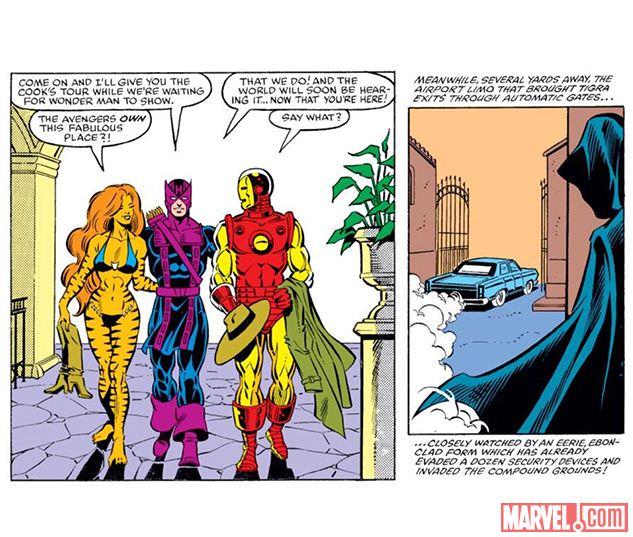 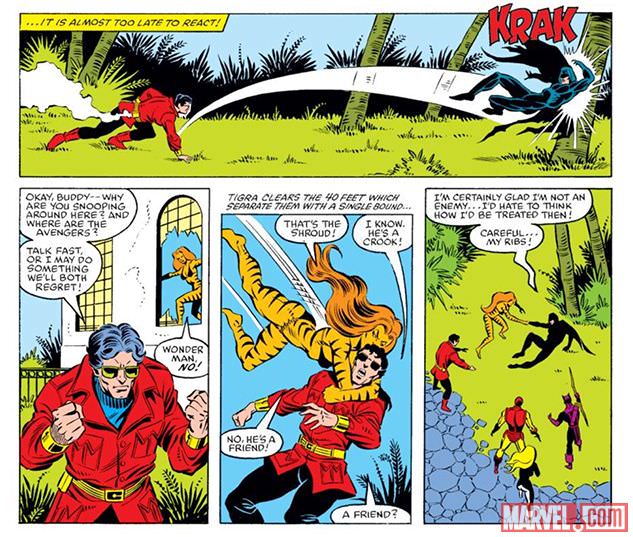 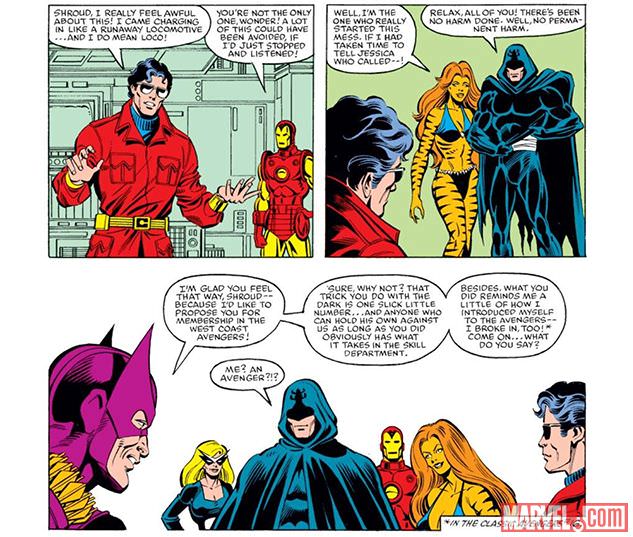