Iron Man Vs Thor from the Avengers film Iron Man Vs Thor from the Avengers film

Iron Man meets Thor in this clip from the Avengers.  Meetings between these guy never seem to go smoothly.  Eventually, Captain America swoops in to break up the behemoths.

Thor's lightning ability tends to give him an edge in this confrontation.

Related:
AVENGERS ASSEMBLE!!!! all Avengers Posts!
Who is Iron Man?
Who is War Machine?
Who is Thor?

Pictures of the battle:

Generally, in comics Thor can beat Iron Man.  His ability to zap Iron Man with lightning in particular makes it hard for Iron Man to find him.
In the scene where Iron Man and Thor meet Iron Man is pretty even fighting the god of thunder.
Iron Man's suit is shown being able to absorb and redirect the energy from Thor's lightning blast which leaves the two to battle it out with their fists.

The comic battle between the two ends with Thor the victor. 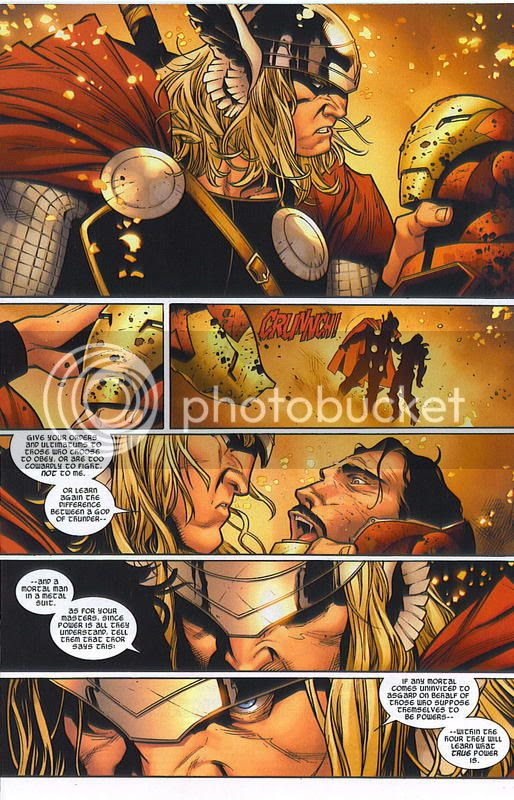 Who is War Machine?