Has Ryan Phillippe been cast for Iron Fist? 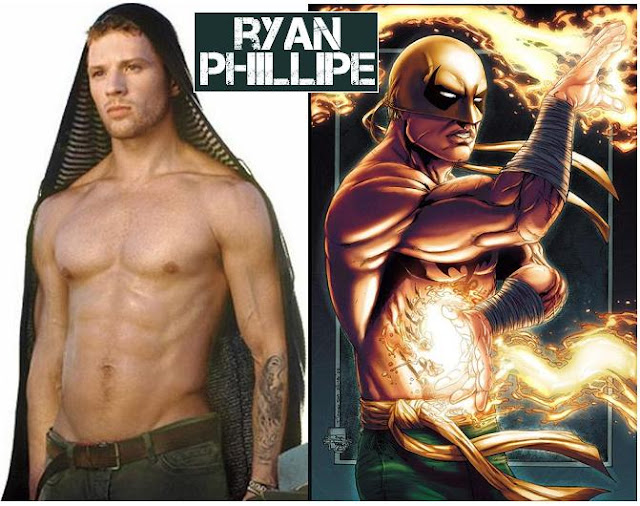 Ryan Phillippe revealed while talking to Howard Stern that he had meetings with Marvel recently.  Ryan did not reveal what the meetings were for.  One speculation that makes a lot of sense is that he is up for being cast as Iron Fist.  It would make sense for Iron Fist to appear in some way during the Luke Cage defenders series.  In order for him to appear he obviously needs to be cast.

I am not really sure what else Marvel would casting for right now?

What do you think of Ryan Phillippe as Iron Fist?

Ryan is most likely still known for being a pretty boy love interest in teenage movies like "I Know What You Did Last Summer" and "Cruel Intentions".  This will likely turn off some people to him right away.  The impressions that A) He is not a good actor, or B) He does not know martial arts are actually both false.
Ryan has done some serious work on movies like Flag for Fathers and his proven to be a very good actor.  On the martial arts side he is actually a blackbelt in Taekwondo.  Sure, Taekwondo is not Kung Fu but having a blackbelt in anything is more than most actors can claim.  Ryan is also known for being a very cut, athletic person so I doubt he will have any issues rocking the Marvel abs.

My only negative with Ryan is that I thought Marvel would cast someone a little younger.

We may not know for awhile what Ryan's discussion was about.  He is still playing coy on his twitter feed and Marvel can stay mum on these topics for awhile.

I have no real marvel news other than an upcoming meeting. sorry to disappoint fans thought there was more to it. there is no story there.😊
— phil me? (@RyanPhillippe) April 29, 2015