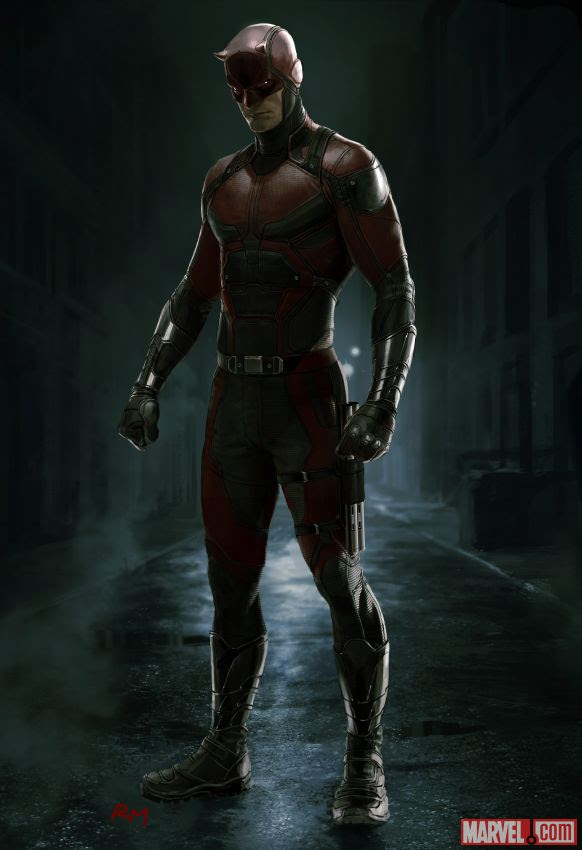 Marvel has revealed Daredevil's season 2 red suit.
The suit is more padded, and burly looking than in the comics.  I think its great in that it looks real while also maintaining the elements of Daredevil's red suit in the comics.

New action poster shows Charlie Cox evolve into Daredevil and provides a good look at him in the famous red costume.

Related:
Who is Daredevil?
Daredevil's Top 3 Villains
Defenders Saga News and Casting HUB
on May 19, 2015