Who is Wonder Man? 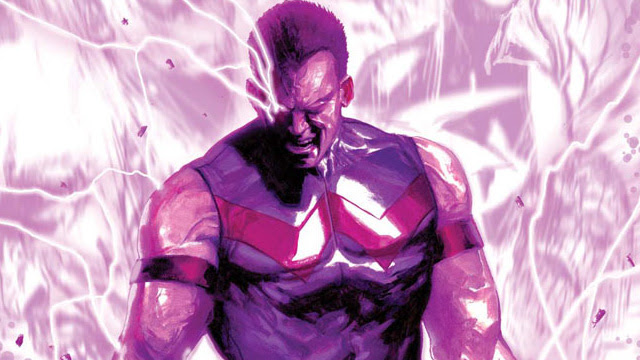 Who is Wonder Man?
Wonder Man is a hero in the Marvel universe known for serving on the Avengers.  He is one of the most powerful, and unstable Avengers.

Nathan Fillion will make appearances as Simon Williams in Guardians of the Galaxy volume 2.

Character Creation Story:  Wonder Woman had long been a character used by DC.  Wonder Man was created by Marvel as a bit of a jab at their rival.  The character has gone into slumber at times as an olive branch to DC, and then also brought back when necessary.

Bio:
Simon Williams inherits his father's company, Williams Innovations at the young age of 22.  Due to his inexperience the company quickly begins to lose ground to competitors like Stark Enterprises.  Simon asks his older brother, Eric for help.  Eric had been making money racketeering for the Maggia crime group and quickly created an embezzling scheme at Willaims Innovations.  Charges are brought against Simon and he was quickly found guilty at trial.
Simon is rescued from his prison sentence by the Enchantress and brought to Baron Zemo.  Zemo was searching for a test subject for a new super human project that he hoped to use against Stark Industries the public employer of Iron Man. Seeing Simon at the trial blame Stark for his woes made him seem like the perfect candidate.  Simon agreed to join Zemo's masters of evil and then underwent various treatments that gave him great powers.  However, Zemo added  a control mechanism to ensure that Simon would remain loyal to the Masters of Evil.  Zemo tells Simon that due to a side effect of his altered metabolism he requires a special antidote that only Zemo has access to. Without the antidote he will die in less than a month.  The Masters of Evil create a costume for Simon and the mantle of Wonder Man.

Coma:
During his sleep his mind is used by the villainous robot Ultron to create the android Vision.  Simon's brother Eric becomes a super villain known at the Grim Reaper.  The Grim Reaper steals Simon's body and has it enchanted back to life by a voodoo cult.  Initially, this makes Simon into something of a super powered zombie but eventually, he awakens from this trance and is back to normal.  It seems that during his coma, his body was actually adapting to ionic blood.

Simon joins the Avengers.  Despite his vast powers he has flash backs to his death that cause him to act like a coward.  Due to these cowardly actions he has on and off again relationship with the Avengers.

West Coast Avengers:
Despite questions of meeting the Avenger standards Simon is invited to join the Westcoast Avengers by Hawkeye.  Fighting and defeating villains such as Graviton, Ultron and his brother Grim Reaper began to bolster his confidence.  He even went so far as to publicly take responsibility for the embellishing scheme at Williams Innovations.  He becomes bolder and more heroic.  He is reminded of his mortality when he is all but killed by a Kree cannon.  Only his emotional ties to the Scarlet Witch keep him alive.  Both Vision and Scarlet Witch have been shown to deeply love the Scarlet Witch.  Vision's love interest is likely inherited from his use of Simon's mental matrix, something that Simon resents.

Civil War:
Wonder Man registered and was an Agent of SHIELD beneath Tony Stark's forces.  He joined the Mighty Avengers serving under Ms Marvel, Carol Danvers.  He develops feelings for her and they have a relationship.  She at times keeps Simon out of the frontlines due to her feelings for him.

As Osborn takes control of SHIELD, Wonder Man retires.  He goes on TV lamenting his role of a super hero and says that violence has only given him heart ache and death.  He later attacks one of the new Avengers teams.  He also has refused on multiple occasions to rejoin the super group.  He creates a group called the Revengers and attacks and nearly defeats all of the Avenger teams.  He escapes following a battle with Tony Stark.

Simon joins an Avengers Unity Squad meant to bridge the gap between mutants and humans.  His power, mind and essence are absorbed into the mutant rogue who now uses them. 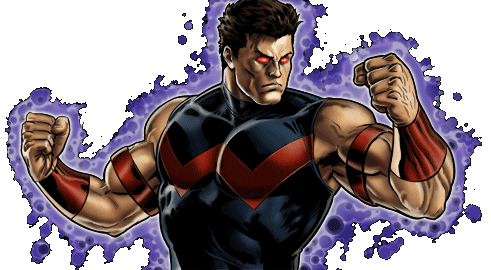 Muscle tissue has been replaced with an unknown substance of Ionic energy origin that gives Wonder Man various powers.  He is basically constructed out of energy.

Weaknesses:
Energy Weapons - Energy beams can disrupt his energy pattern, which can hurt and destabilize him.  Energy weapons have been shown to disperse his form and consciousness.

Mentally - While very intelligent he has been shown to act erratically and at times cowardly.


Related:
Avengers Age of Ultron - News, Speculation, and bios
Who is Ms Marvel/ Carol Danvers?
Who is Baron Zemo?