Who is the Trickster? 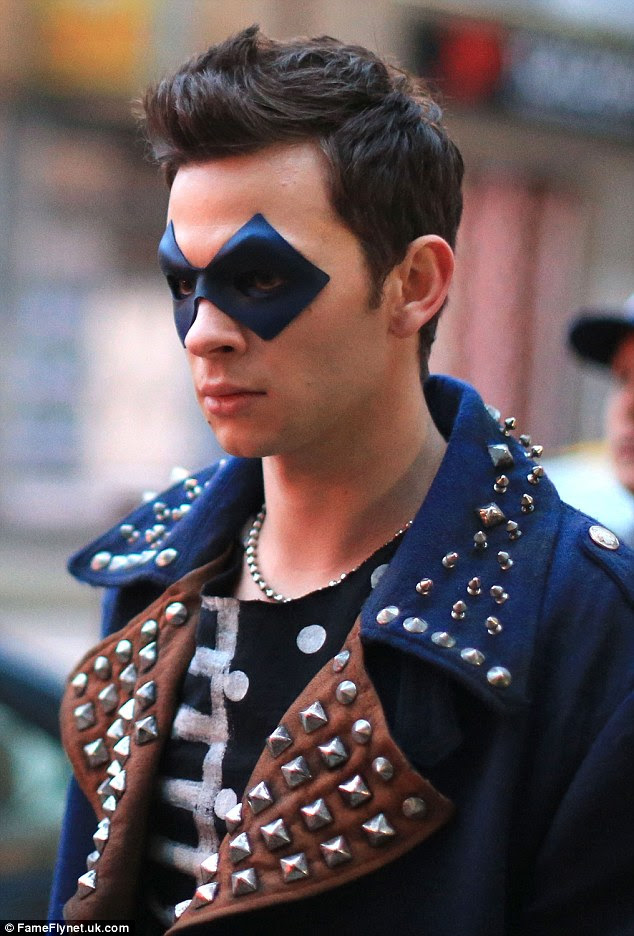 Who is the Trickster?

The Trickster is a DC villain known for Battling the speedster superhero the Flash.  A new younger Trickster took over the role of the Trickster when the original began working for the FBI.

The Trickster is a conman who began using a variety of comedic gag themed weapons to cause mayhem and terror.  He comes from a circus family and is trained acrobat.  Some of his gadgets were actually designed for the circus, like his flying shoes.

He begins using the name Trickster and committing crimes and hating a variety of plots.
His plots have typically been foiled by the hero, the Flash.

After Barry Allen's apparent death the Trickster reforms and begins using his skills to track down other criminals.  At one point he faces and defeats a new Trickster (Axel Walker) that had stolen some of his old gadgets.

Powers:
The Trickster uses a variety of gadgets to cause chaos and these include:
Itching Powder
Exploding rubber chickens
Flying Shoes
Potato head bombs

He is also a highly trained acrobat.


TV:
The Trickster was played by actor Mark Hamill in the 1990s Flash series.  He will reprise the role in the new Flash series as an older imprisoned Trickster who must track down a new upstart Trickster.  The younger Trickster (Axel Walker version) will be played by Devon Graye.

A version James Jesse from a different dimension is featured in Season 3 Episode 9 of the Flash.  This version is once again played by Mark Hamill but differs from Trickster in the main dimension.  This Trickster has some elements that look like the Joker.  This is purely speculation on my part based off of the teaser photos but this James Jesse may be his world's Joker.   Elements of the joker here include a bomb attached to his chest and purple hair.  Hamill has long done the voice work for the Joker in Batman the Animated Series, in the Batman Arkham Video Games and even in Anime.  Hamill voice portrayal of the Joker is often considered to be one of the most popular versions of the character.  This however would be the first time that Hamill has played the Joker in live action.  This would be a unique portrayal of both the Joker and the Trickster.


Pictures from Trickster on Flash 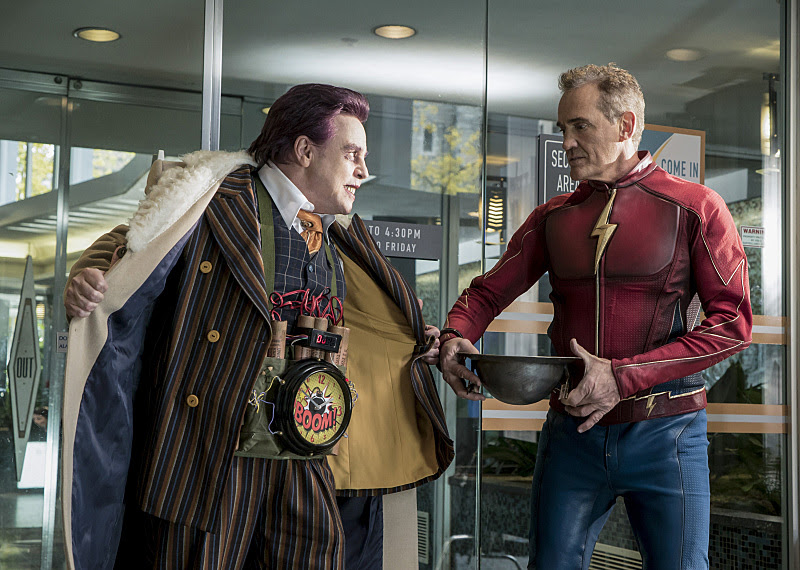 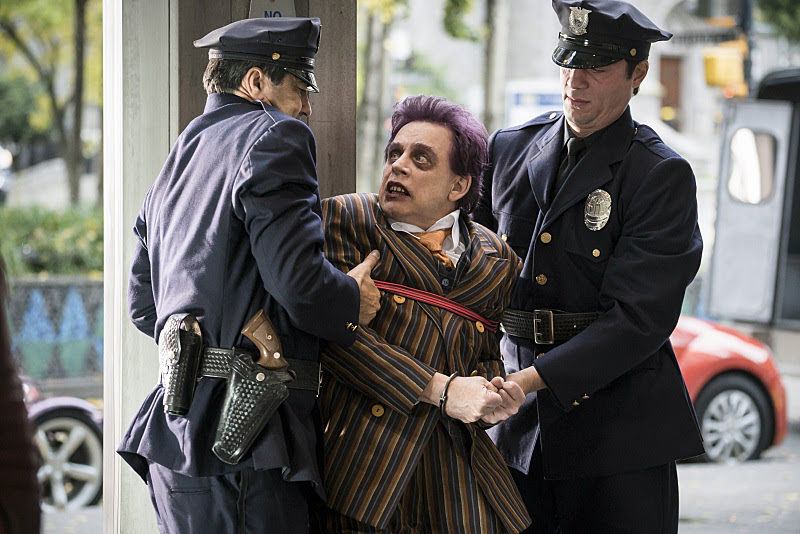 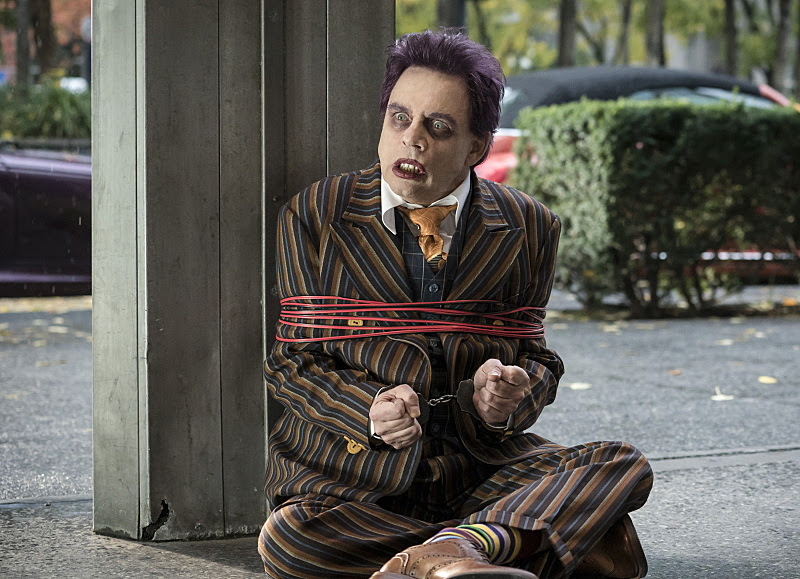 Related:
All Flash TV news and bios
Toylab Cool Pix: Mirror Master
Who is the Flash?
Who is Eobard Thawne - Reverse Flash / Professor Zoom?
on December 06, 2016