Who is Tobin in the Walking Dead? 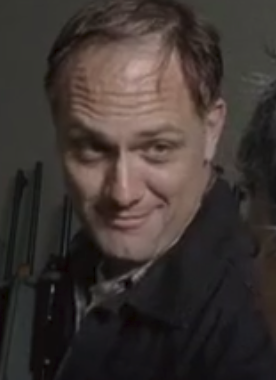 Who is Tobin in the Walking Dead?

Tobin is a character in the Walking Dead comic and TV show. 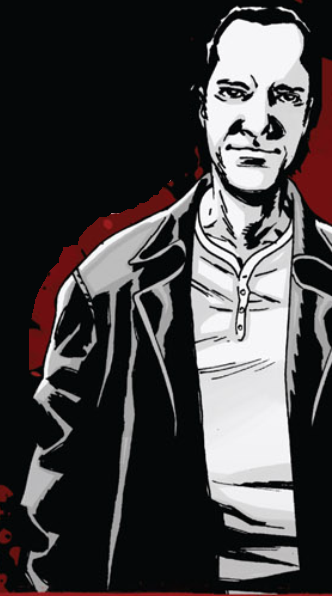 Comic Series:
Tobin is the leader of the Alexandria Safe Zone construction crew when the Rick Grimes crew arrives.  Abraham Ford is assigned to the construction crew and quickly makes his presence felt.  Zombies attack the construction crew and Tobin freaks out.   He orders every one back but this leaves one of his workers, Holly behind.  Abraham is appalled that they would leave one of their own behind and runs into the fray kills Zombies like a modern day berserker and rescues Holly.   When the two return Abraham verbally accosts Tobin for his cowardice.  Tobin explains that it is part of the rules of the community and looks to Holly for support.  Holly responds by kicking Tobin in the testicles causing him to vomit. Tobin watches as Abraham takes control of the Construction Crew by posting look outs and gets them to keep working.  Tobin sees that Abraham is better suited for this position and he retreats to Douglas Monroe and resigns from his postion.  He tells Douglas that Abraham is the better man for the job.

Tobin is not a bad man.  He is not as experienced or as militarized as Abraham and is far more frightened by the zombies.  However, he takes responsibility for his actions and does not bear any ill will toward Abraham for taking his job.  He realizes that other workers have lost their lives due to his cowardice and respects Abraham for pointing this out.

Tobin gain redemption in a rather brutal fashion.  He helps Abraham, Heath and Glenn battle off a horde of zombies at the construction site.  When zombies break through the walls of Alexandria he orders Holly and the others back and stays behind to fight off the zombies.  In many ways he is trying to be the leader that Abraham was shown to be.  Rick responds with a battle group to fight the zombies back but by that time Tobin is already dead.

Tobin is first introduced picking up guns to do a patrol around the perimeter.  He asks Carol if she knows how to use one.  Carol is pretending to be a soccer mom and downplays her gun experience.  Tobin is not judgmental but says he would be happy to train her.

Tobin is next shown at the construction site where he is the leader of the construction crew.  The Construction crew is adding more walls and expanding the community when zombies strike.  One of the workers Francine (Holly in the comics) is trapped behind.  Tobin continues to order his works back but Abraham Ford the new guy from Rick's crew will not stand for it.  Abraham rushes in kills zombies left and right while adeptly rescuing Francine.  When rescued Tobin asks Francine to back him up on their retreatist policy and she responds by kicking him the balls.

Tobin is later seen coming to Deana Monroe and resigning from his job.  He ensures Deanna that Abraham is better for the job.

When the massive horde of zombies breaks into Alexandria he is shown take Shelter in Father Gabriel's church.  Father Gabriel leads a charge of survivors into the the fray to help Rick.  It is unclear if Tobin survived.

Related:
The All Things Walking Dead HQ
Who are the Wolves?
Who is Jessie Anderson?
Who is Deanna / Douglas Monroe?
Who is Aaron?
Who is Rick Grimes?
on March 20, 2015