Who is Jessie Anderson from the Walking Dead? 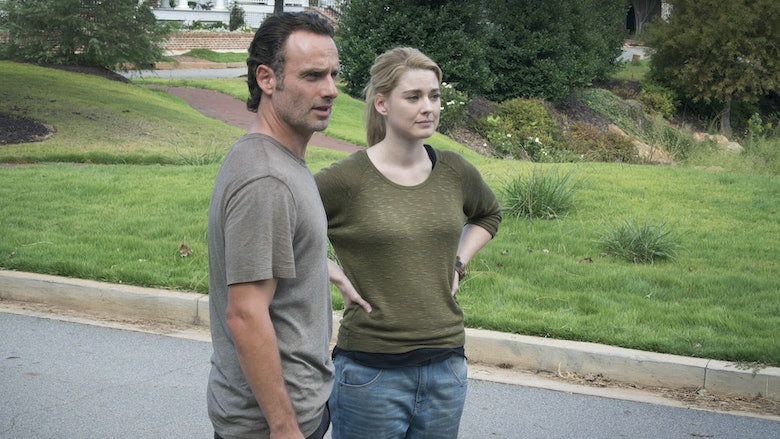 Who is Jessie Anderson from the Walking Dead?

Jessie Anderson is a character in the Walking Dead comics and TV show.  She is a known for having a brief romantic relationship with the Rick Grimes the main character of the series.


Comic Bio:
Jessie and her husband Pete live in the Alexandria Safe Zone with their son Ron.  At a party Rick notices that Jessie looks morose.  He is able to put together the signs that her husband Pete is abusing her.  Not willing to stand for this he intercedes.  Rick ends up confronting and eventually killing Pete.  The move initially creates friction with the Alexandria residents.  However, when they learn that Pete was abusive they back down.   The confrontation with Pete is also eclipsed by an attack on the community by a group called the Scavengers.

While saddened by the loss of her husband, she is thankful to be rid of him.  Jessie moves in with Rick and they begin a romantic relationship.

This relationship does not last long as a massive herd of zombies enters the Safe Zone trapping Rick, Carl, Ron and Jessie in Rick's house.  Rick creates a plan to escape by covering themselves in Zombie guts.  This plan fails and Jessie and her son get devoured by zombies.  As Jessie dies her hand is grasped onto Carl and Rick is forced to cut it off to save his son.

Later, Abraham sees the zombie of Jessie and puts it down in part to save Rick the grief of having to do so himself.

Jessie is shown as having a family similar to that on the comic.  It has been revealed that she is attracted to Rick and that her husband Pete is abusive. 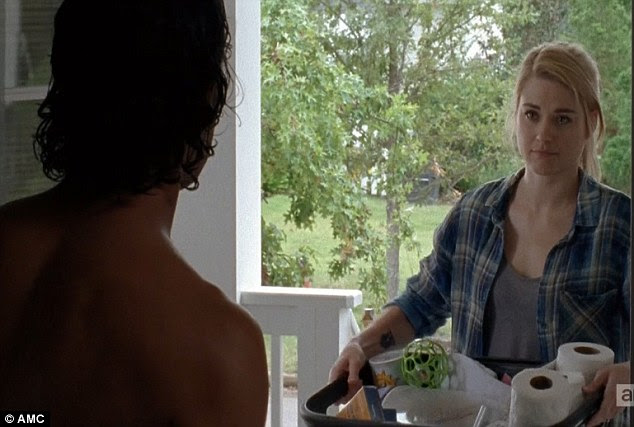 She greats Rick warmly when he arrives and even gives him a hair cut.  At the party Pete runs off supposedly to get drinks.  Jessie and Rick share a moment when he gives her a small kiss on the cheek.  Later she is seen cleaning up a mess from a broken Owl statue,  Rick says he will investigate the matter that according to the broken window theory one small act can lead to other bigger issues.  It is revealed that her younger son Sam broke the statue out of anger likely out of abuse directed toward him from his abusive father.

There is also signs of a group similar to the Scavengers around Alexandria called the Wolves.  In the comics this group attacks Alexandria right after Rick confronts Pete.

In Season 2,  Ron Anderson follows Rick to see where his father is buried.  There they encounter a pack of walkers and Rick saves his life.  Rick expresses the wish to teach Ron how to defend himself. Later Rick runs into Jessie.  Jessie says she is going to learn how to defend herself, and she will teach her children.  She tells Rick though that advice and teaching can't come from him.  Not after he killed Pete.


Pictures of Jessie Anderson on The Walking Dead
Who are the Wolves?
Who is Pete Anderson?
Who is Ron / Sam Anderson
Who is Deanna / Douglas Monroe?
Who is Aaron?
Who is Rick Grimes?