Who is Blaine DeBeers on iZombie? 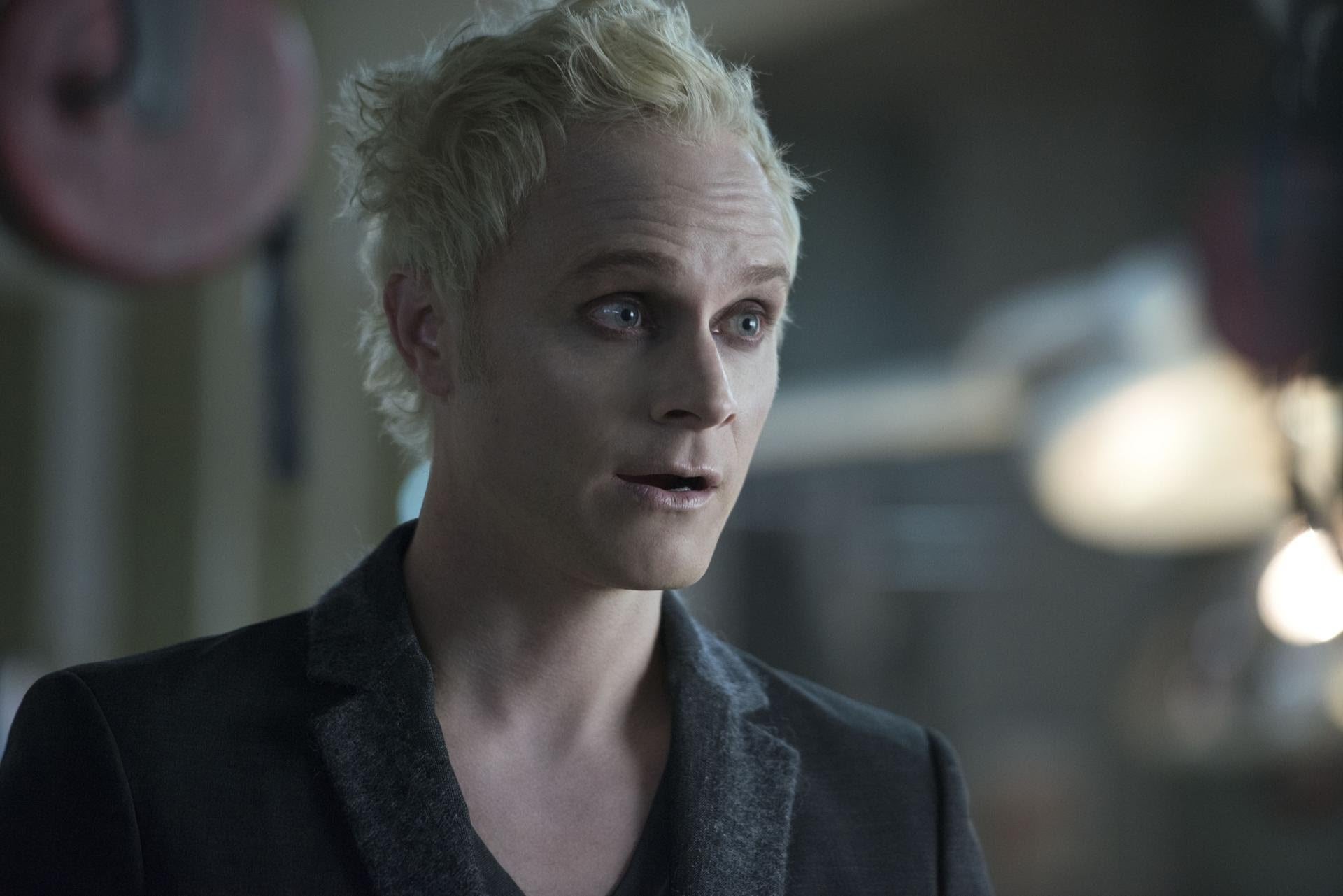 Who is Blaine DeBeers on iZombie?

Blaine DeBeers is a character on the TV show iZombie.  He is played by actor David Anders.  He appears to be the main antagonist of Season 1.  The character does not appear to be based off any of the characters from the comic.  Blaine is a zombie like the main character Liv.


Bio:
Blaine DeBeers is a low level drug dealer who is peddling a drug called Utopium at a boat party.  The drug seems to have turned people into zombies.  He himself seems responsible for turning the main character Liv into a zombie.  While Liv did not use any of the drug Utopium, she was scratched at the boat party by Blaine.  From this scratch it is speculated she contracted the zombie condition.  Blaine and Liv are the only known survivors of the Boat Party and both are now zombies.

At the end of the first episode Liv has a vision of Blaine attacking and killing someone.  The vision comes from Liv consuming one of the brains of Blaine's victims.  Liv begins seeking out Blaine and uses skills acquired from eating the brain of an artist to create a sketch of him.   This leads Blaine to her.  Blaine claims to have reformed from his old criminal ways.  Ravi runs tests on Blaine to add to his data he gained from Liv.  Blaine seems hopeful that Ravi can find a cure to the zombie condition.

While wanting to believe Blaine has reformed, Liv follows him and catches him peddling drugs.  Blaine is shown converting a wealthy woman into a zombie so that he can sell her brains.
He is later accosted by two thugs sent by a local crime lord.  The crime lord seems to believe that Blaine cut (mixed) the Utopium drug with other drugs that led to the Boat Party massacre.  Blaine is not phased by this and simply kills both thugs.  It seems Blaine's plan is to use his zombie powers to conquer the underworld.

Blaine begins creating an organization that kills, harvests and delivers human brains to wealthy zombies.  Many of these wealthy zombies were turned into zombies by Blaine himself.  It is also revealed that Blaine has cultivated various zombie agents in the police force by supplying them with brains.

At the end of the season Blaine is turned back into a normal human much to his chagrin.

Season 2:
Blaine attempts to recreate his zombie empire as a normal human.

Powers:
Blaine has similar Zombie powers as Liv:
Weakness:
Brains - Brains must be consumed to keep the brain of the zombie operating at a high (Human) level.


For more Zombie goodies check out:

IZombie News and speculation
Who is Gwen Dylan?
Who is Liv from iZombie?
The All Things Walking Dead HQ