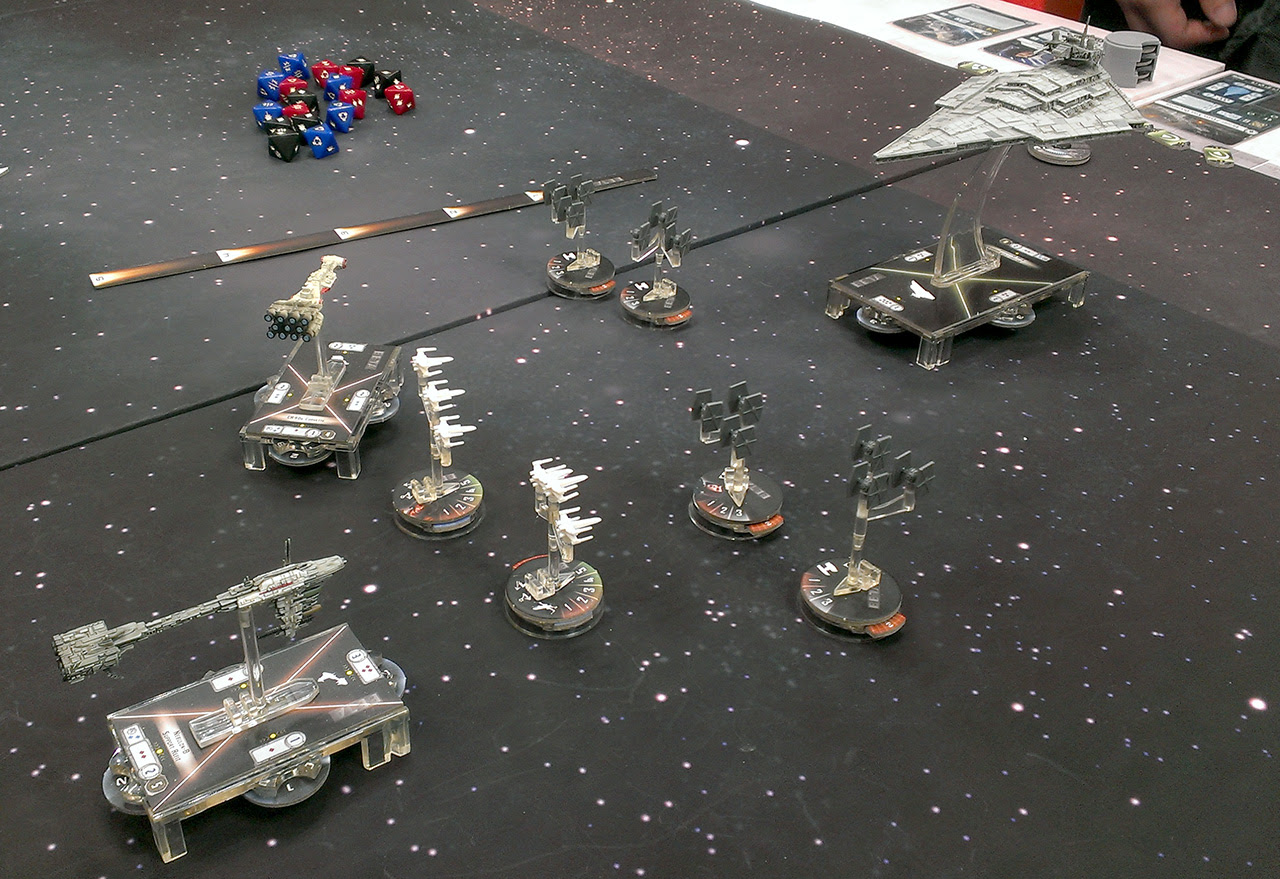 Rebel Ships
Here you can see two of the Rebel capital vessels.  The closest one is a Corellian Crovette and the one further away is a Nebulon B Frigate.

There are also a few squads of X-Wing fighters buffering the ships. 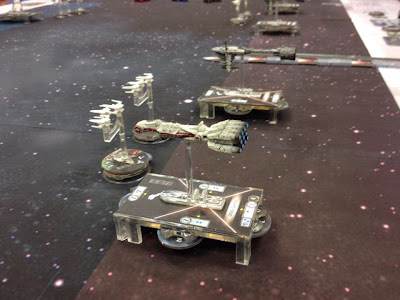 Imperial Ships
Here you can see an Imperial Star Destroyer flanked by squadrons of TIE fighters.

Pictures from a game table.  I do think having a space background table really seems to add to the atmosphere of the game.  It seems like if you had enough ships you could play some pretty epic Star Wars scenarios using this game and its system. 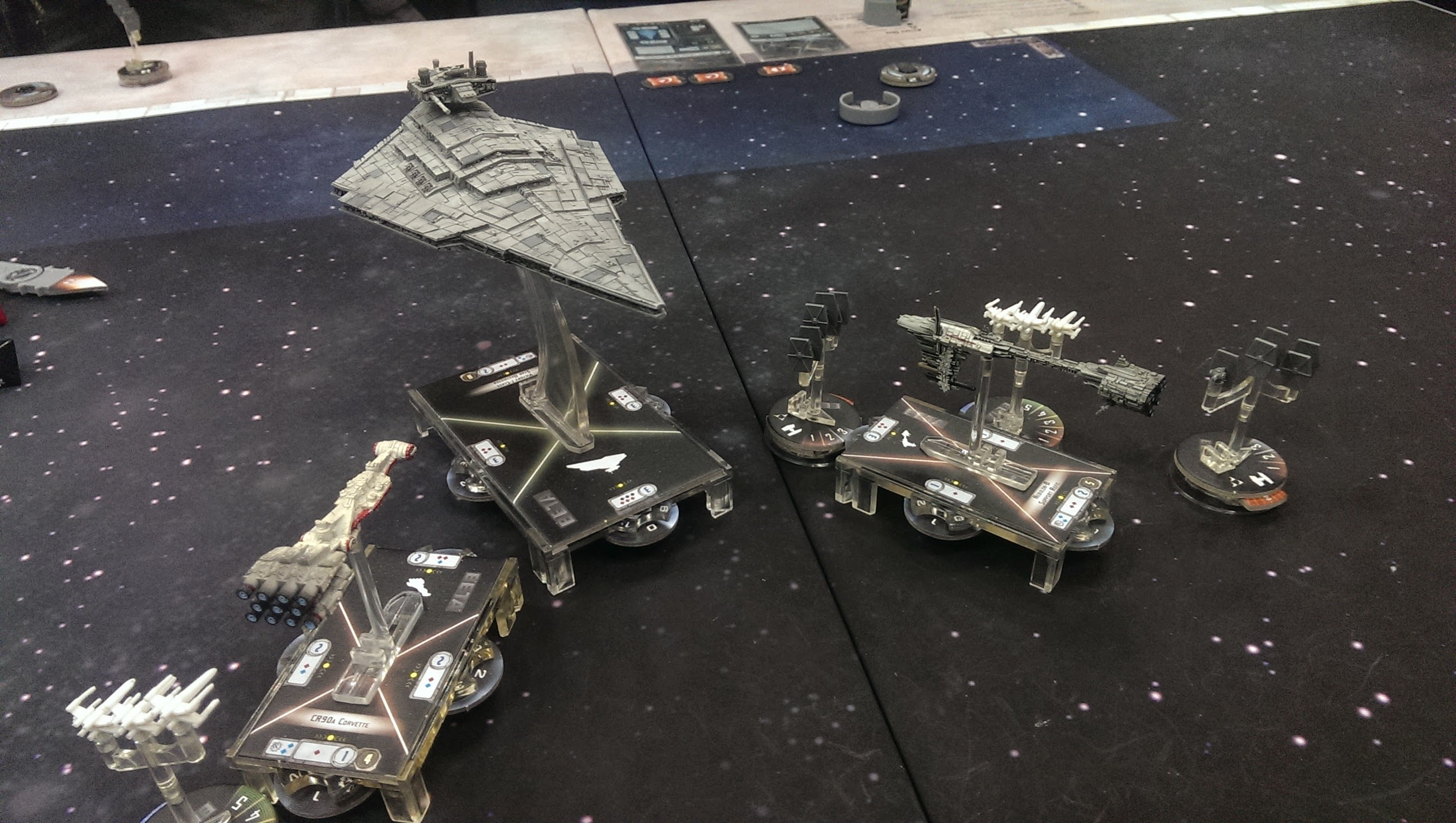 There are more ships coming that are not in the core set: 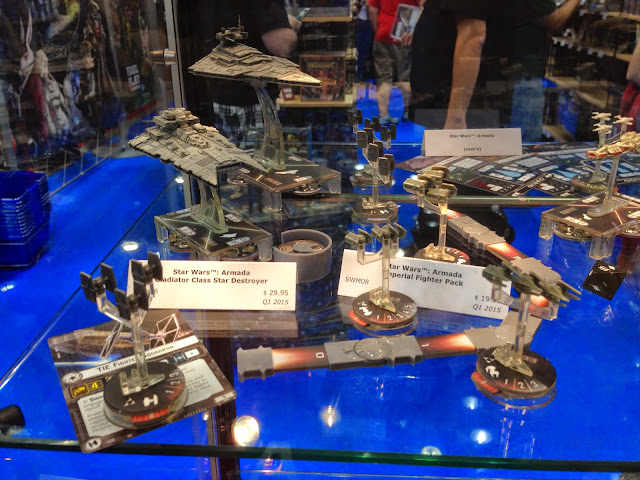 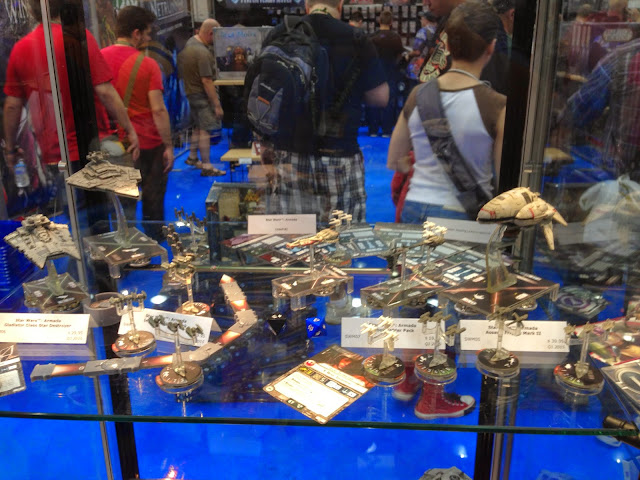