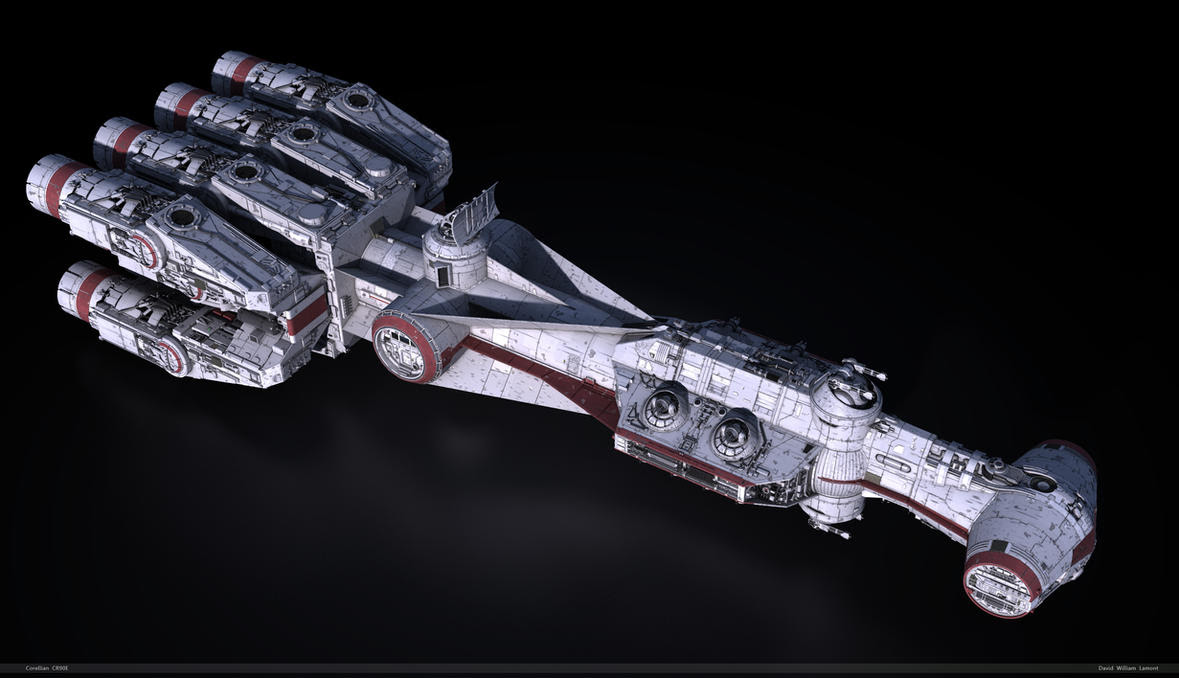 
The Corellian Corvette is a ship manufactured by Corellian Engineering Company (CEC) and is renowned for its versatility.  It is used for freight hauling, troop carrier, light escort, passenger liner or even for diplomatic missions (Like Tantive IV).  Some Corellian Corvette's even were outfitted as carriers for starships.

Due to their versatility the Corellian Corvettes were widely used by multiple factions is a variety of capacities.

The Corellian Corvette named Tantive IV was the first ship scene in a Star Wars film.  It is the ship of Princess Leia that is being hunted down by Darth Vader's much larger Star Destroyer.   The ship is piloted by Captain Antilles renowned for his loyalty to the Princess and the rebel cause.


Stats in the Star Wars Armada Game:
Here are the stat cards for the CR90 Corellian Corvette: 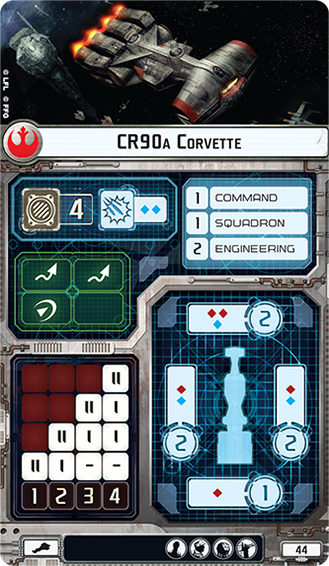 The Correlian Corvette comes in two types A and B.  Both ships have the same three dice attack from the forward facing weapons, 4 hulls points, and 7 total shields.  The Shields are also similarly distributed across the ship.  The ships is well shield along its sides but sports a weak point to its rear.

The type A has one extra blue dice for anti squadron defense.

Roles:
There are many ways you will be able to use the corvette and expansion pack may be necessary for anyone planning on using the Rebels.  The expansion pack comes with two different titles that can be used to customize the Corvettes as well as the commander Mon Mothma and Raymus Antilles.

The versatile Raymus Antilles has the ability to double up effects of any command chosen, which makes him a good fit for strategies in either the Type A or B.

Other cards specific Turbo lasers can be used on A, while Ion Cannon cards on B.

CR90 Corellian Corvette  expansion pack:
The Nebulon B Frigate comes in the Core set and as an expansion pack to Star Wars Armada.  The expansion pack comes with different officers and upgrades for greater customization. 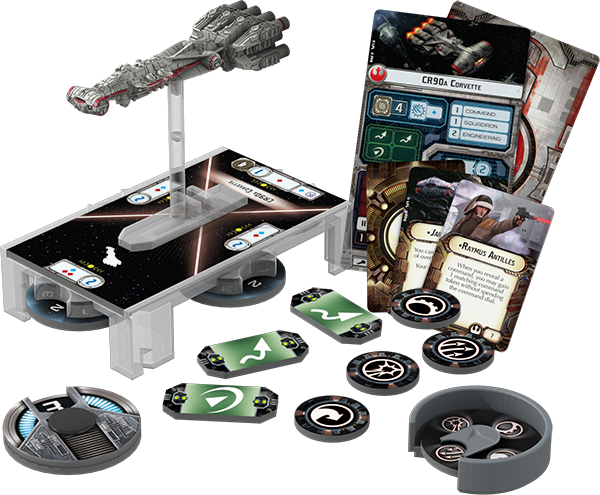