Update: Jeffrey Dean Morgan has been hired to play Negan.

The Walking Dead is the biggest show on TV right now, and they are getting close to introducing the biggest villain of the series...Negan.  Many rumors have swirled around on who could play the over the top, psychopath.

The creator of the Walking Dead series Robert Kirkman has set his sites on actor Charlie Sheen.
Kirkman through Hollywood Reporter sent a direct request out to the bad boy actor:

“Charlie call us, we we will totally make that happen. We’ll do whatever you want.”

If I am Charlie Sheen I am taking this role in a heart beat.  Negan has a massive role to play in the story and he is not a simple character.   Negan is like the personification of chaos. With Negan you need to mix pure crazy, with random kindness, and barbarity with intelligence.  He is a cocktail of sugar and napalm.   It is important to find an actor that can play with the notion of being liked, being respected, while being utterly hated.   Also perhaps being so random that he can never be fully understood.   Charlie Sheen has many of these qualities.

Sheen is an expert at being an overtop actor, and Negan is a completely an over the top villain.  This is a guy that is literally worshiped by his followers.

Do Charlie Sheen and Walking Dead mix?
The Walking Dead is darker, more dramatic and serious than anything I can recall seeing Charlie do.  Will he fit into the world?  Also will viewers find it distracting to see such a big name actor in this world.  These are real potential pit falls of this casting choice but I am not sure they are deal killers.  As popular as Sheen is he will very likely attract far more eyeballs to the show than he detracts.

There is still no official word on the casting of Negan but don't be surprised to see Charlie Sheen striding toward our favorite survivors with a menacing barbwire enshrouded baseball bat. 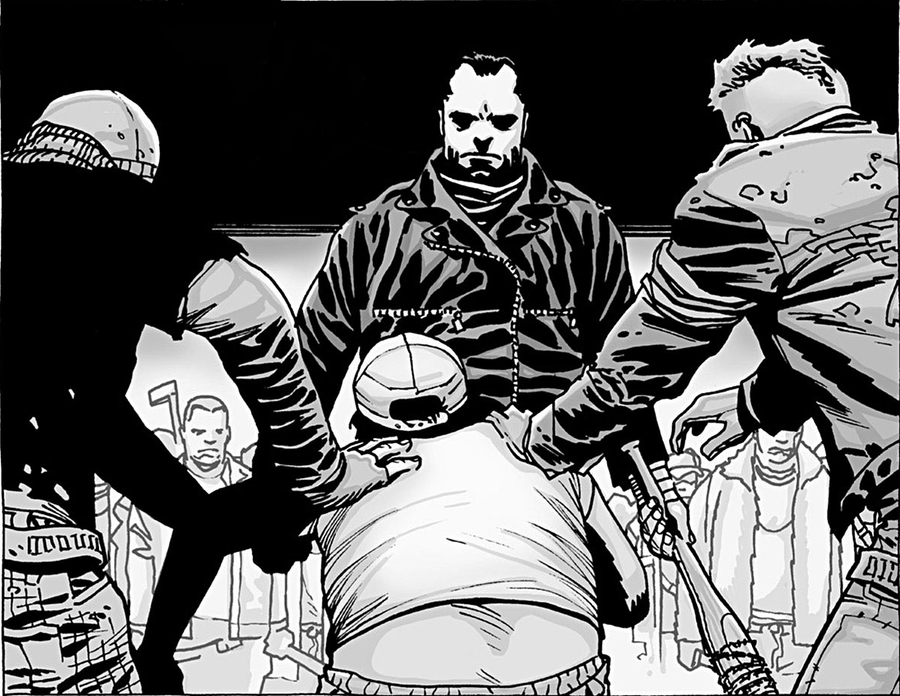 What do you think of this casting idea!  Also I'm not sure if randomly reaching out to Charlie Sheen works but Charlie if your reading this feel free to comment on our site.  We would love to hear from you!